If the first amphibious car, complete with a patent, was presented in 1907 with aquatic performances both on the Seine and in the United States, and still today there are those who try to make a version capable of being produced in large numbers, we cannot exclude that someone, someday will find the answer. On the eve of the summer holidays, we thought we’d take a look at some of the amphibious cars out there. How magnificent it must be to leave the garage, drop the anchor in a bay and go for a swim. All that remains to be seen is which authority will oversee this unusual means of transport: the Automobile Club or the Nautical Club or the Port Authority? 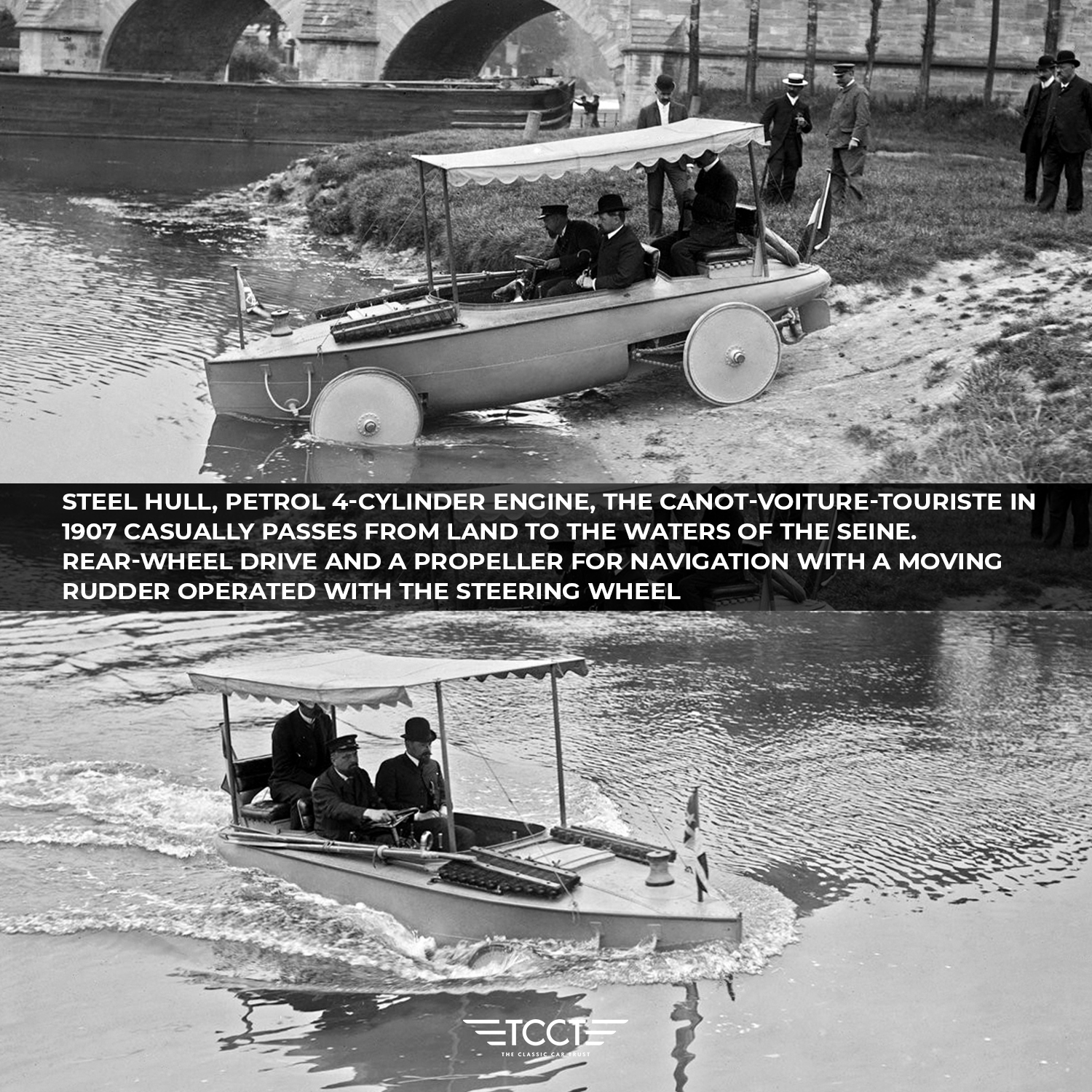 Looking at the images that accompany this article, one thing immediately stands out: those laughing on board a car out in the water are forcing themselves to do so. Those with serious expressions, on the other hand, are often holding on tight, for fear of unforeseen circumstances. It would appear that in the 1960s, US President Lyndon Johnson had a German-made Amphicar – the only non-military amphibian car built in small series and sold normally – and loved to joke with guests at his ranch by pretending that the car’s brakes didn’t work and pointing the Amphicar straight at a lake! 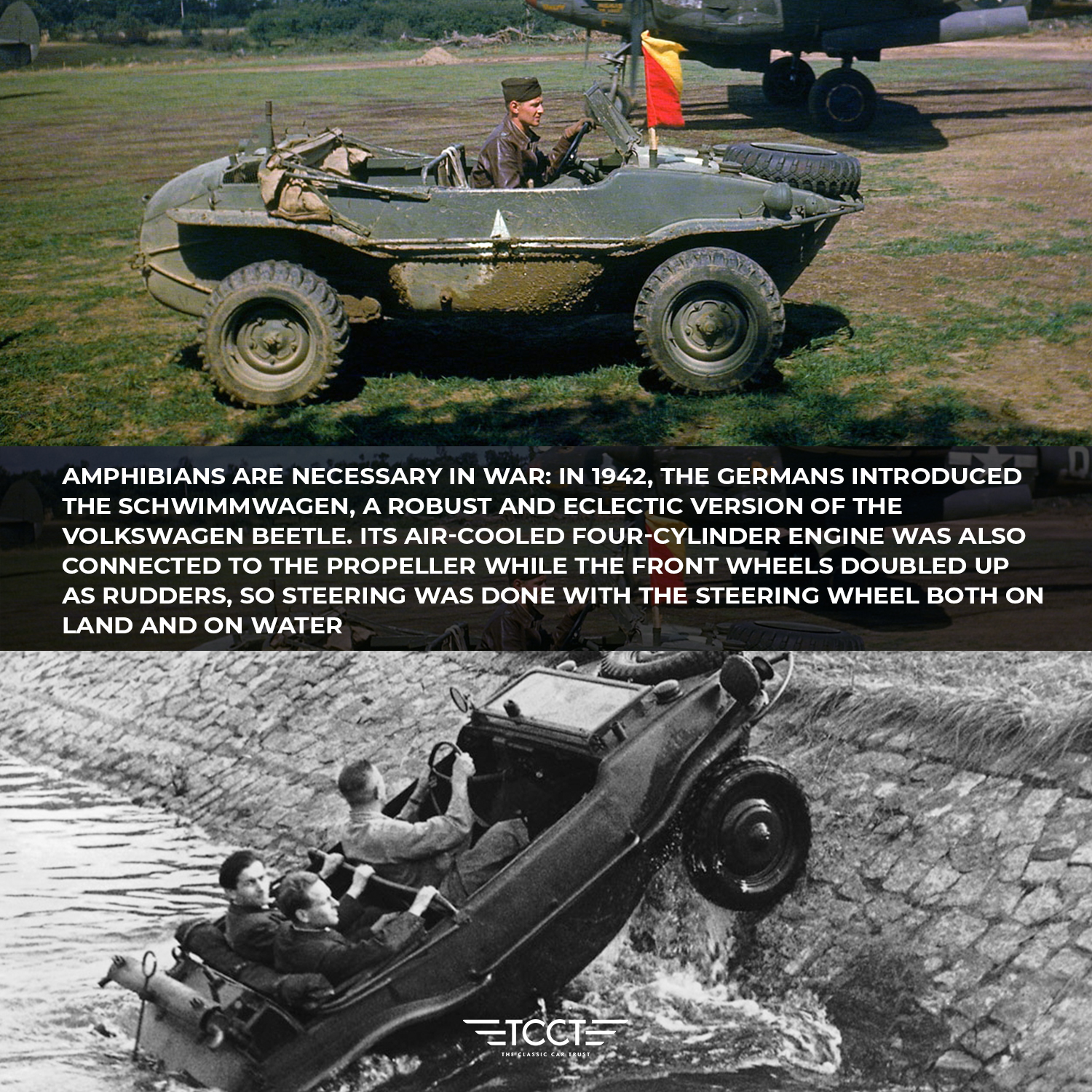 Everything arrives according to a need. And the greatest need to have amphibious vehicles was World War II: on the one hand the Germans, with the amphibious version of the unstoppable Beetle, the Schwimmwagen, and on the other the Americans with their Willys, Fords and Bantams that weren’t designed to stay afloat. GM’s attempt to create a small DUKW, similar to the large amphibian vehicle that transported up to 25 soldiers, didn’t go down all that well and there was really limited use for it. 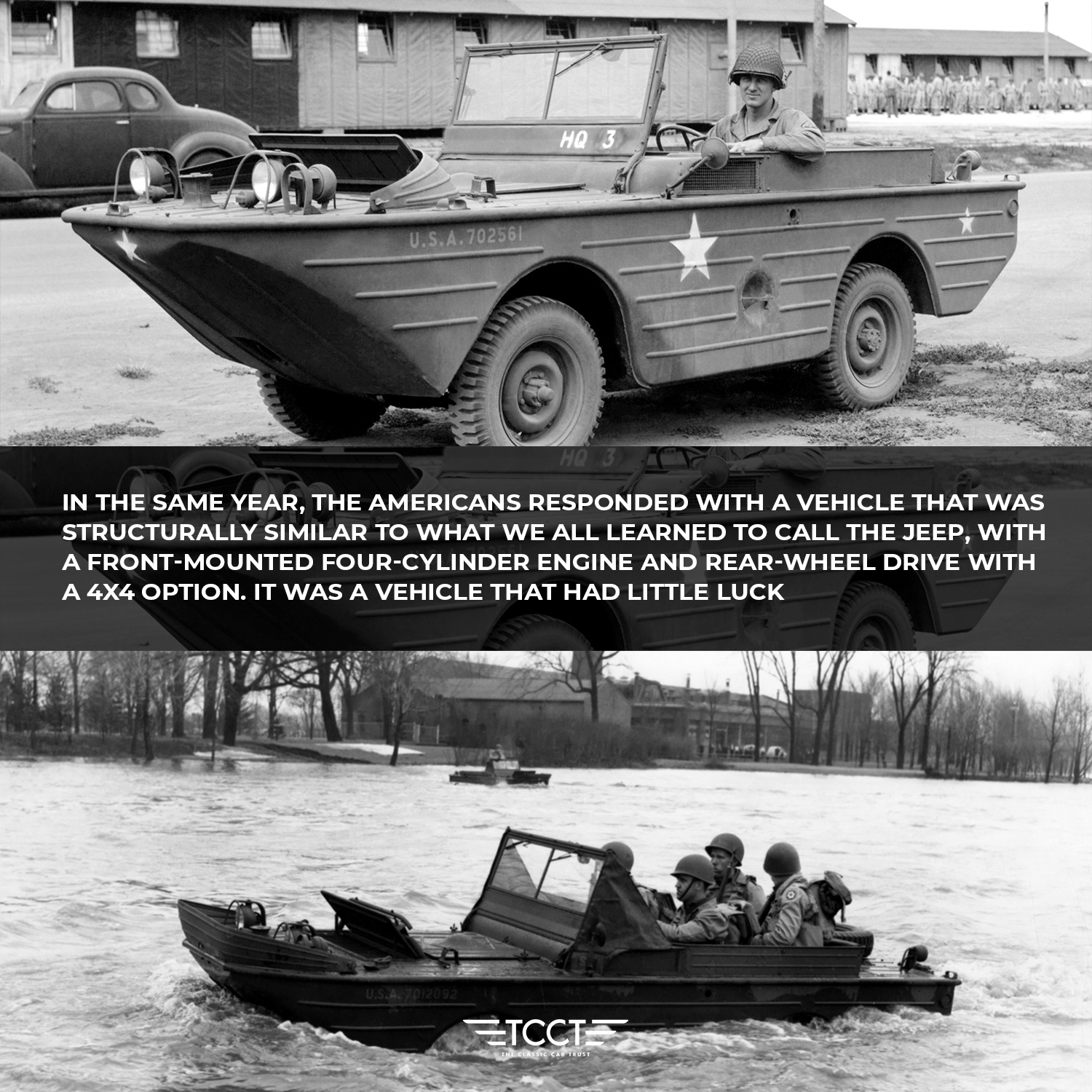 But the idea of amphibious vehicles, without the burden of weight and resistance required by military vehicles, remained alive, so much so that today, the same approach used on Americas Cup sailboats – foils that lift the hull out of the water using hydrostatic forces that reduce forward resistance – has also been applied to research on amphibious cars. Will this be the one? Pioneer Jules Julien Ravaillier sailed the Seine in 1907 even though the streets of Paris had no traffic problems. But thinking of today’s traffic jams in Paris, it’s hard to believe that the Seine would resolve any of these problems. 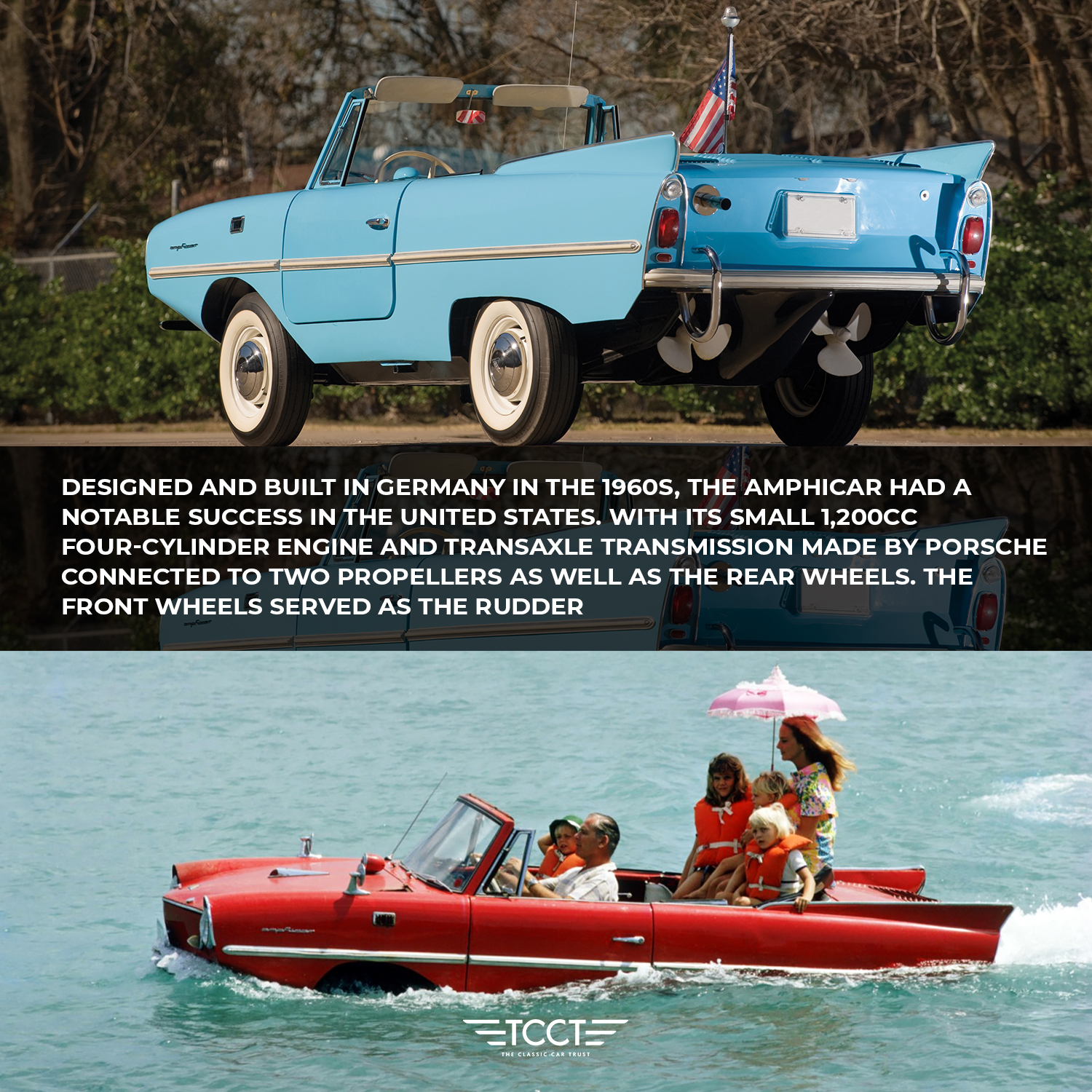 Perhaps the amphibian dream will always remain just a dream. But there again, there’s nothing to stop you looking for one built for military or pleasure purposes, and having some fun scaring the wits out of those who refuse to believe that cars can float. 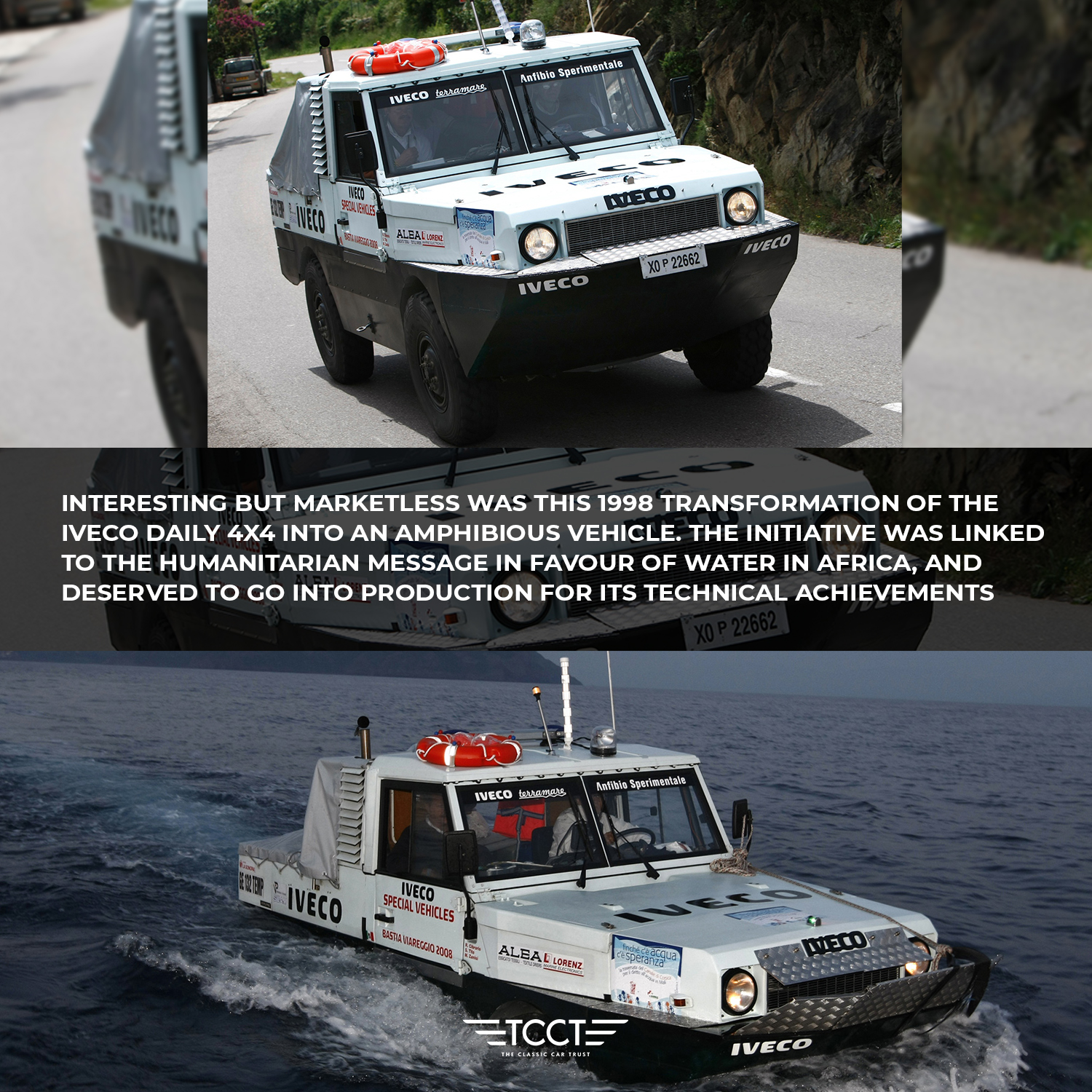 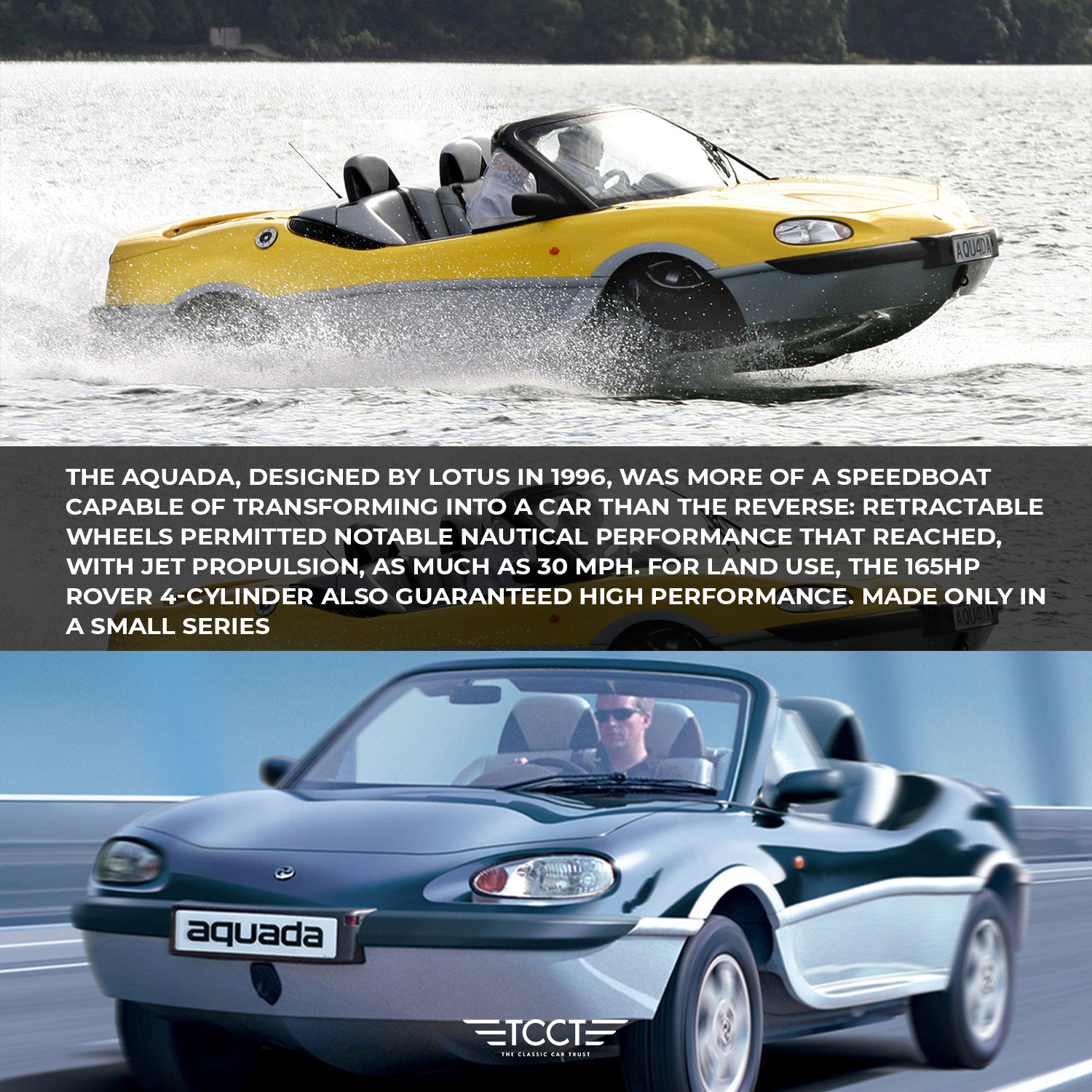 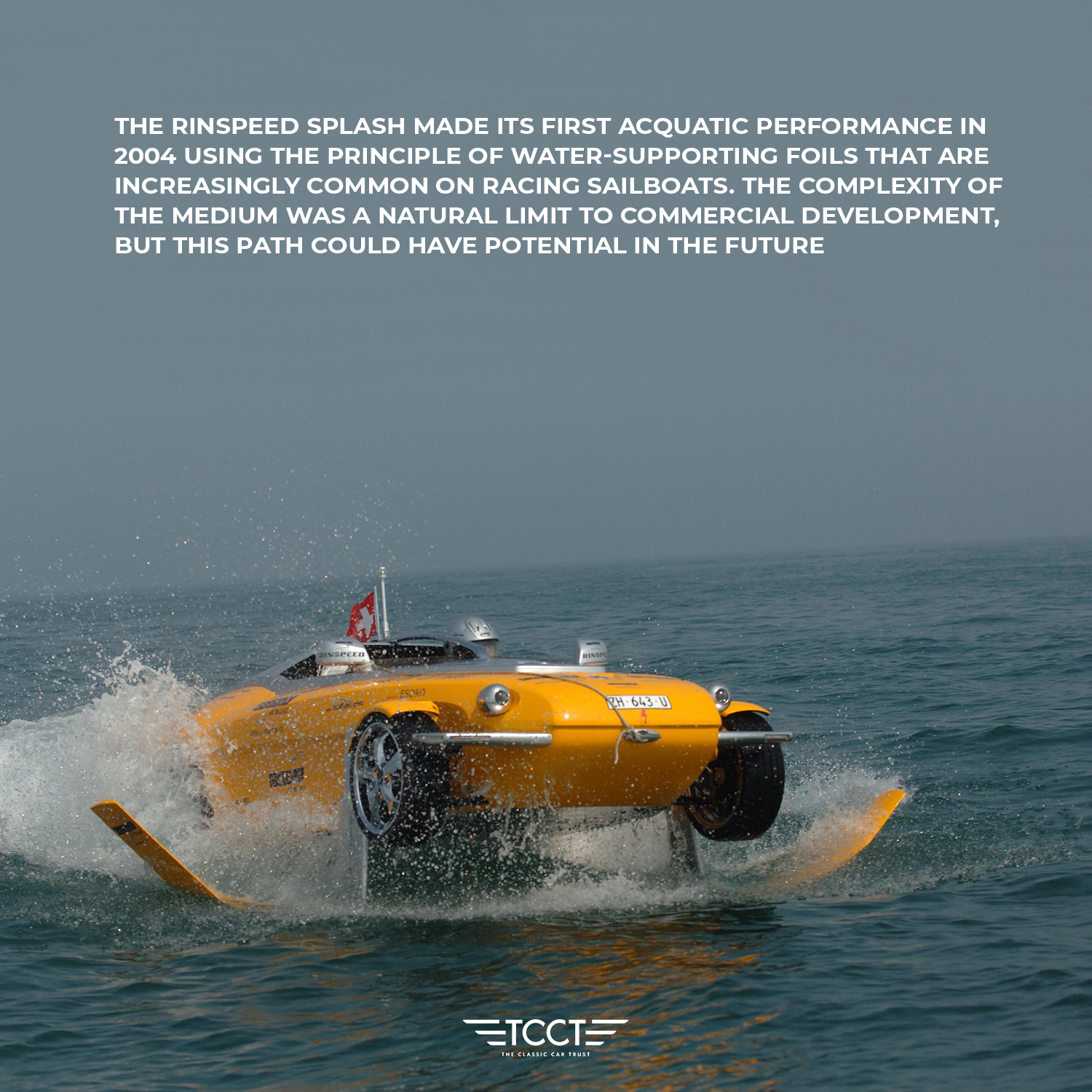 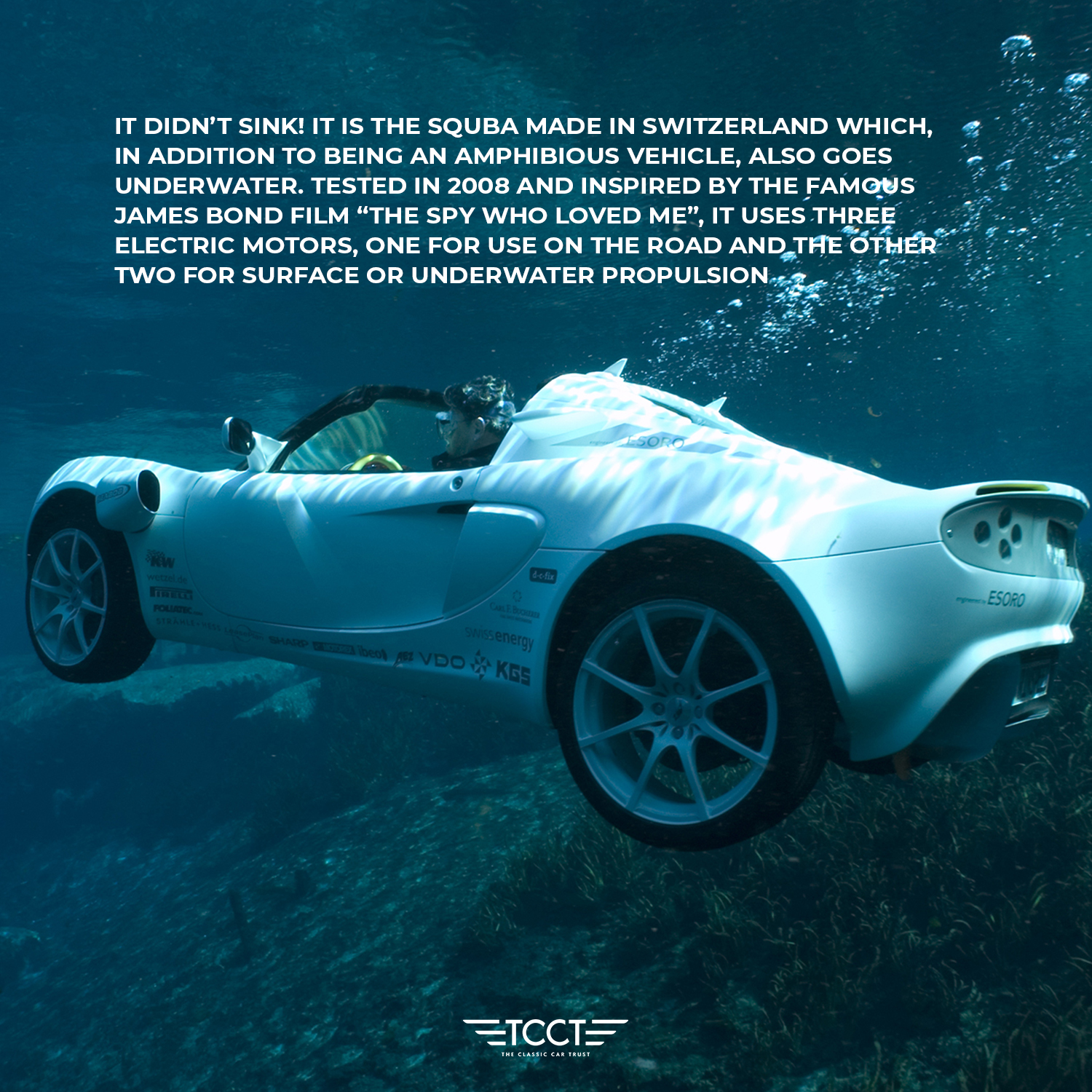 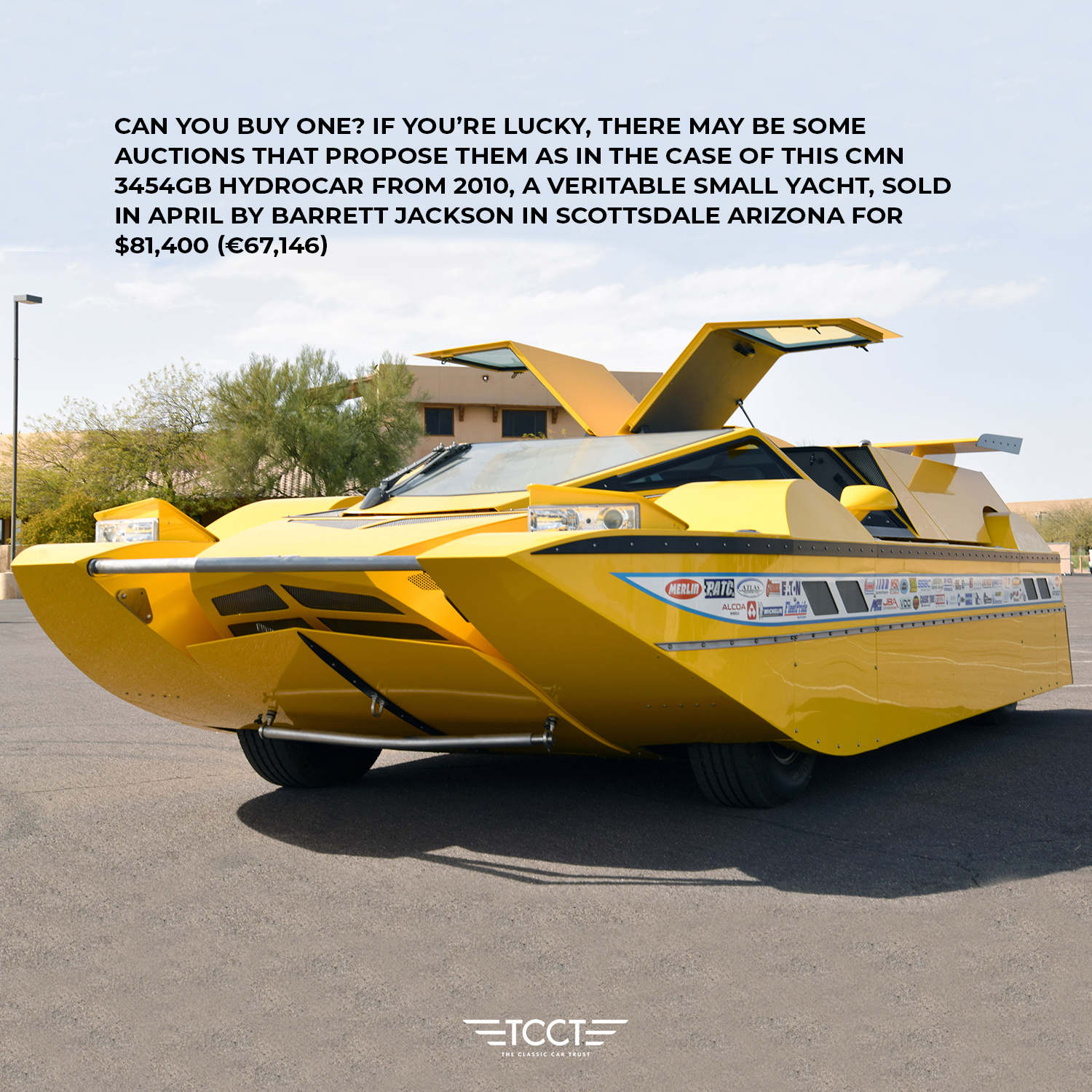