A practical idea: that of building a work vehicle ideal for the immediate post-WWII years; a brilliant insight: the idea of transforming a work car into one suitable to be used every day in numerous ways; a long pause for thought during the 1950s (even though, essentially, the model was ready); development of the idea in the 1960s, following the emergence of competition from others who, in the meantime, had seen the need for a multipurpose vehicle suited to all terrains. And finally, in 1970, the birth of the Land Rover.

In the 50 years that have elapsed since then, the Land Rover, in all its various versions, has proved to be as comfortable in the snow of Gstaad as it is on sand — it is a two-times winner of the Paris-Dakar — or the asphalted streets of big cities. And that is to say nothing of its first love: dirt tracks! This brilliant idea by the British manufacturer Land Rover completely revolutionized the history of high wheelbase vehicles. 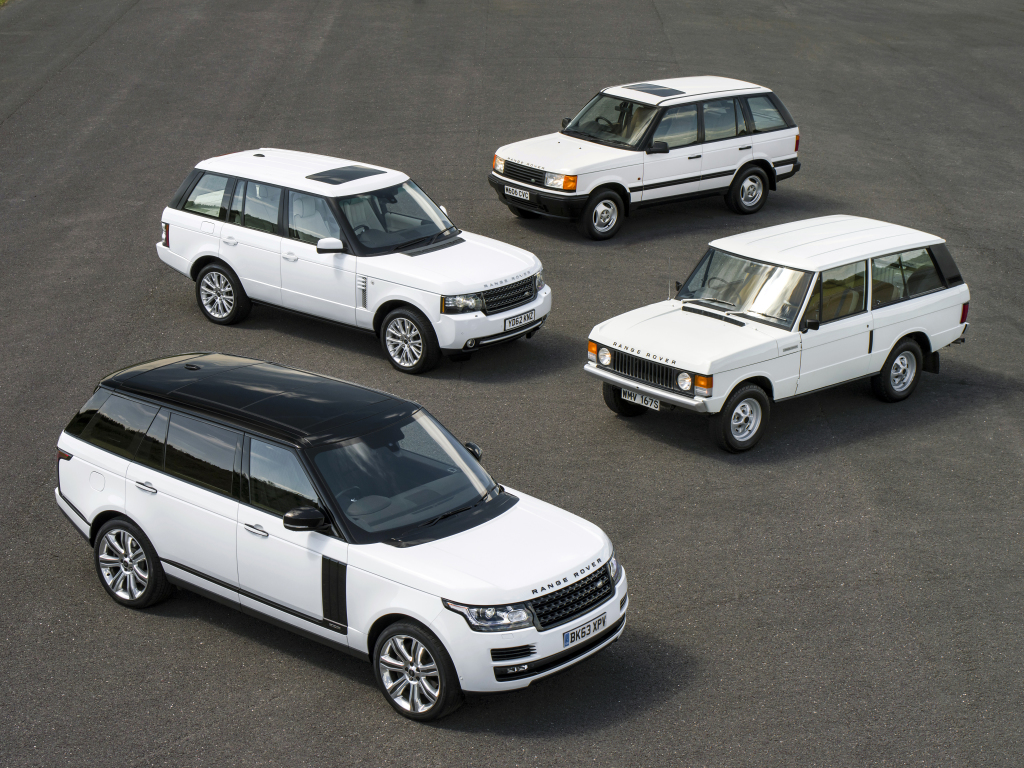 The Land Rover story began in 1947, in the aftermath and amidst the ruins of the Second World War. This was the year in which the British firm Rover, until then renowned for luxury cars produced at its historic Coventry plant, came up with the idea of producing a vehicle, mainly aimed at farmers, which would be light, compact and practical, like the American Jeep Willis. This idea led to the birth of the Land Rover Series, which over the generations became the iconic “Defender”.

From the dirt to the road

The “Series” was so successful that — as Britain’s economy recovered and quotas on raw materials were lifted — Rover started thinking about a high wheelbase vehicle dressed for city use and more suited to streets than country roads.

The period 1951 to 1958 saw the early development of a vehicle based on the Series platform, but with bodywork more similar to that of a station wagon than a true, tough off-road vehicle. This new vehicle, a sort of ante litteram Audi Allroad, was called the “Road Rover”. However, the project never got the approval of the Rover management and ended up being shelved. 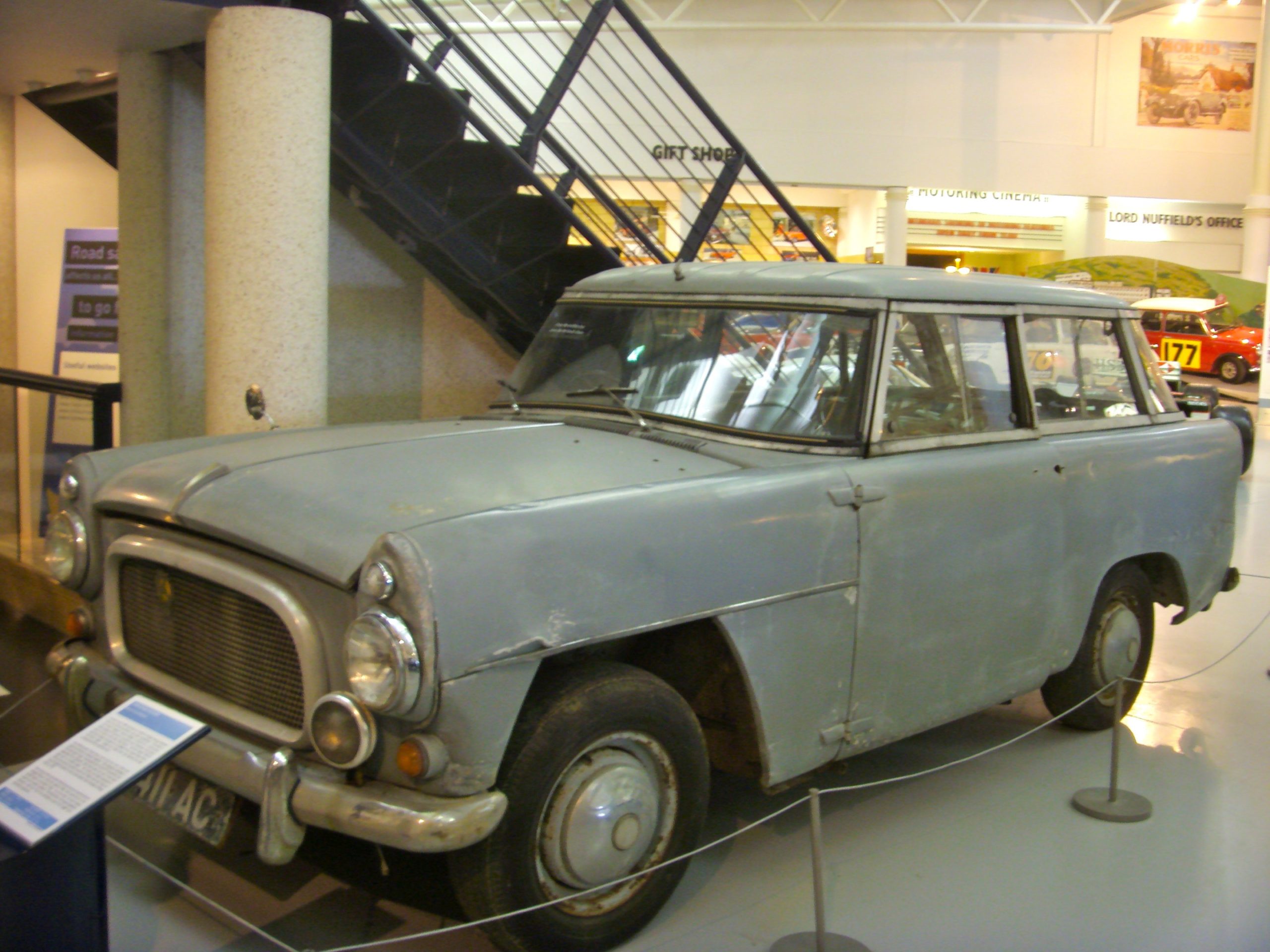 The Velar: A step forward

And yet the value of the idea was never in any doubt: in Japan, the Toyota Land Cruiser (1951) was launched, while in the USA, the streets were invaded by the Chevrolet Suburban (1966) and the Jeep Wagoneer (1963). In 1966, Rover resumed its efforts to design this new car, entrusting the project to engineers Spen King and Gordon Bashford.

Just over three years and more than 26 pre-series models (named Velar) later, the company finally reached the definitive result of all these efforts: the Range Rover. 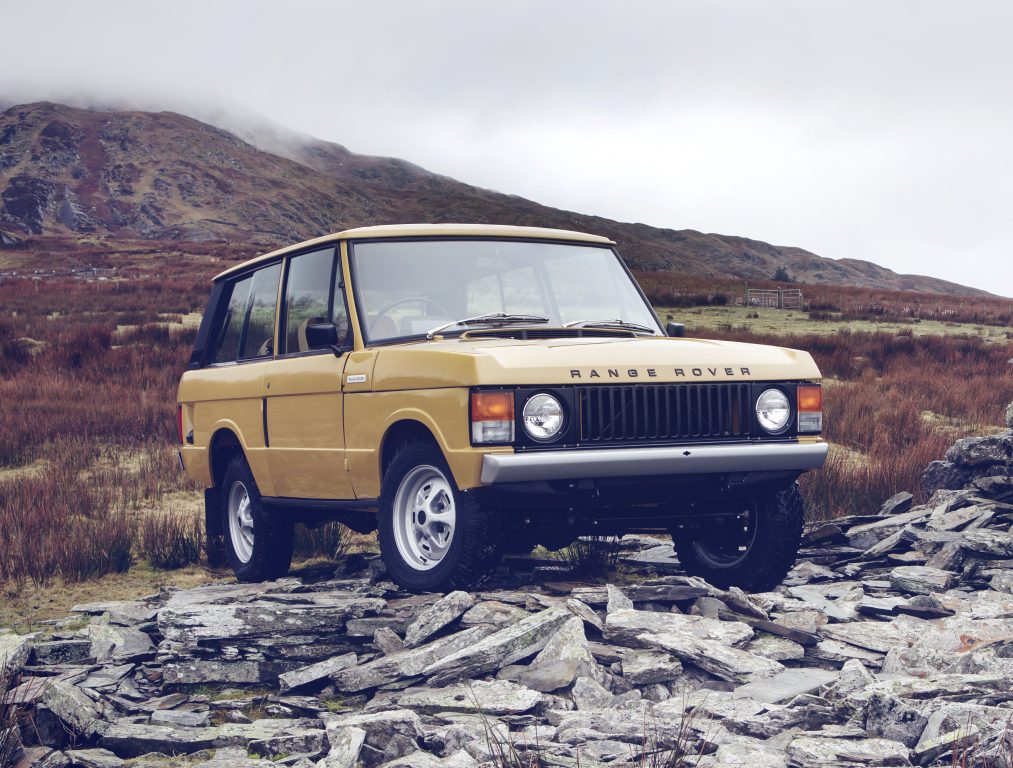 Launched on the market in 1970 as “a car for all reasons”, the Range Rover had a roomy and luxurious interior able to take five lucky people, who could travel in the same comfort and safety both on-road and off-road. In accordance with Land Rover tradition, the bodywork, featuring an unusual two-door architecture, was built largely in aluminum in order to contain the weight of the car body, also in view of the engine that would power it: a 3.5-liter Buick-derived V8 with an output of 135 HP. 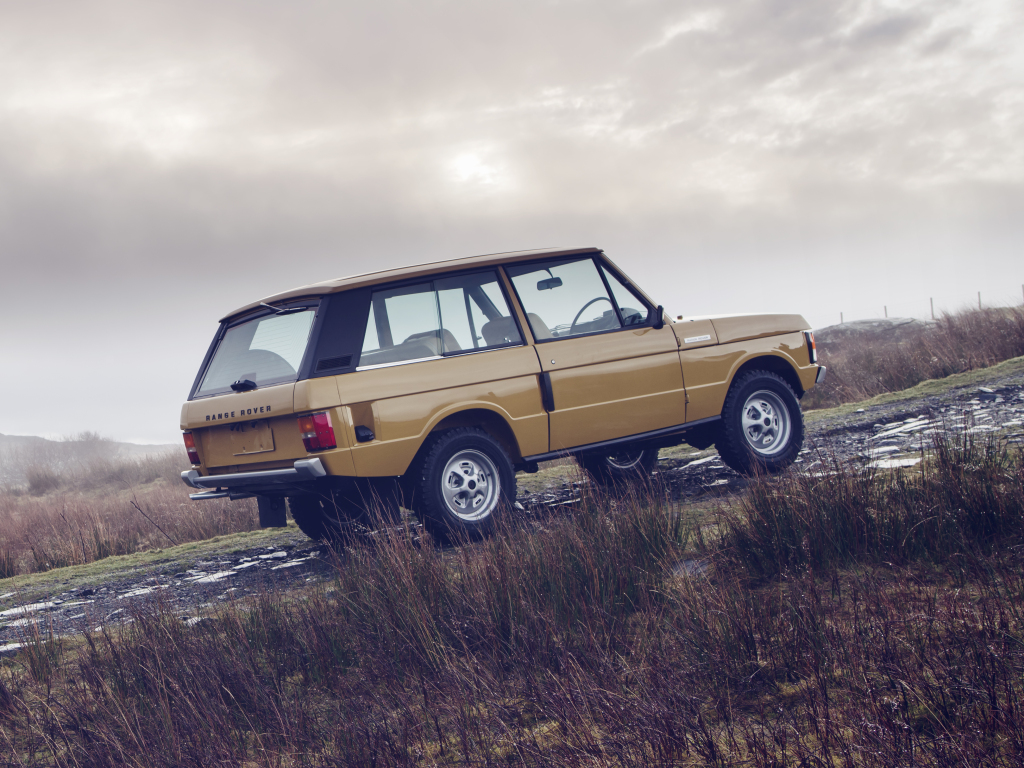 Five doors for the Classic

Even though certain sections of the press and public initially turned their noses up at the first series, the Range Rover rapidly became an iconic and much-loved vehicle worldwide. Its first true upgrade came 11 years after its launch, when, following two victories at the Paris-Dakar in the category of four-wheel-drive cars (in 1979 and 1981), a version with five-door bodywork was also introduced. 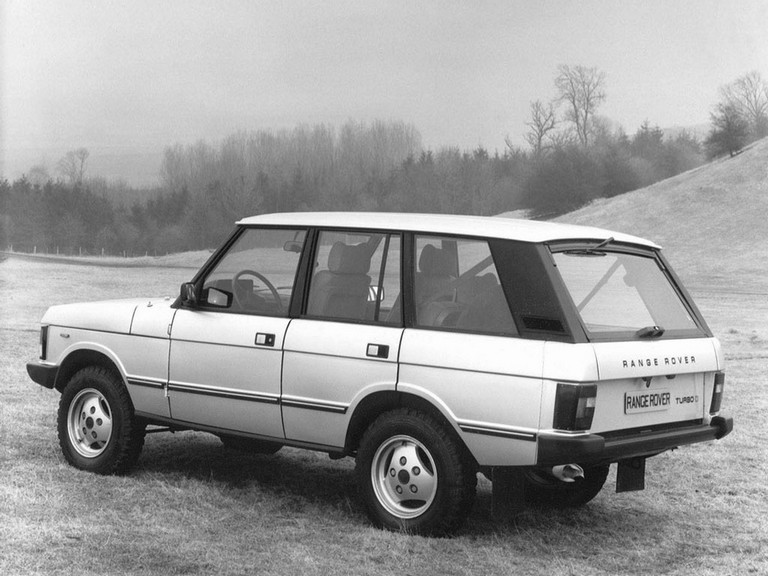 The 1986 restyling saw the now tried-and-tested (even obsolete) 3.5-liter gasoline engine flanked by a new 2.4-liter inline four-cylinder diesel engine produced by the Italian firm VM. It was the introduction of this engine that really determined the success of the Range Rover in Europe: the fact that it circumvented the problem of a hefty tax on powerful cars made the Range Rover even more attractive to a clientele of professionals and entrepreneurs. 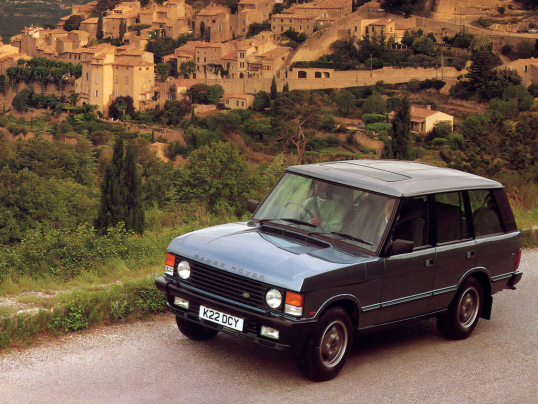 September 1994 brought to light the second generation of this British “Queen of the Road”. The birth of the Range Rover P38 coincided with the takeover of the Rover group by the German carmaker BMW. This new Range Rover represented a necessary rejuvenation of the concept, given that the competition was growing. Indeed, by this time, numerous luxury SUVs were starting to crowd the US market. These included the Jeep Grand Cherokee, which was also imported into Europe, the updated Toyota Land Cruisers, and the new Mitsubishi Pajero, while Mercedes-Benz was busy developing its ML-Class, which in 1997 was to become the German brand’s first SUV. The P38, Range Rover’s new off-road vehicle, also showed numerous German influences: BMW-derived diesel engines and Bosch electronics inherited directly from BMW’s ultramodern flagship Series 7 (E38). 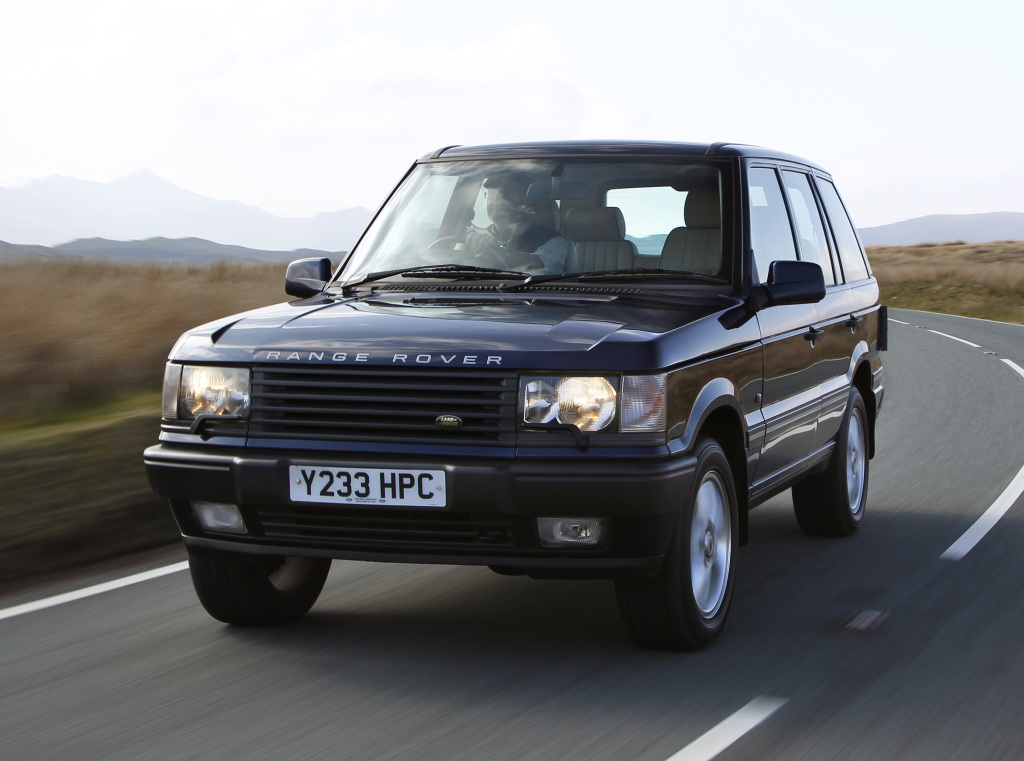 The L322: The Icon strikes back

After undergoing a mid-career restyling in 1998, in 2001 the Range Rover P38, after just seven years in production, exited the scene to make way for the next series: the massive L322.

This version of the Range Rover is the one that can perhaps be said to have matched the legendary 1970 one in terms of fame and iconic status: designed entirely under BMW supervision (inheriting much of its mechanics and electronics from the BMW Series 7) and equipped with engines ranging from sedate and manageable 3.0-liter turbodiesels to the histrionic 5-liter supercharged unit, the Range Rover L322 remained in production for over 11 years and spawned the first  Range Rover side project: the Range Rover Sport.

The L405: Luxury, electrification and an important anniversary.

The 2012 Paris Motor Show was the stage for the debut of the L405 series, in which the luxury off-road vehicle concept was taken to its peak, making this the most elegant and luxurious Range Rover ever. Modern and never unfashionable, the Range Rover L405 was also offered with a long wheelbase and — for the first time in Range Rover history — with plug-in hybrid technology.

To celebrate the half century of this British icon, queen of the road and also of off-road terrain, Range Rover created a limited edition called “Fifty”, which it produced in 1970 units.

An allure and timeless elegance that, after 50 years, still seduces and excites countless motorists worldwide. True to itself but always up to date, it continues to be a style icon desired by everyone. Long live “the Queen”! 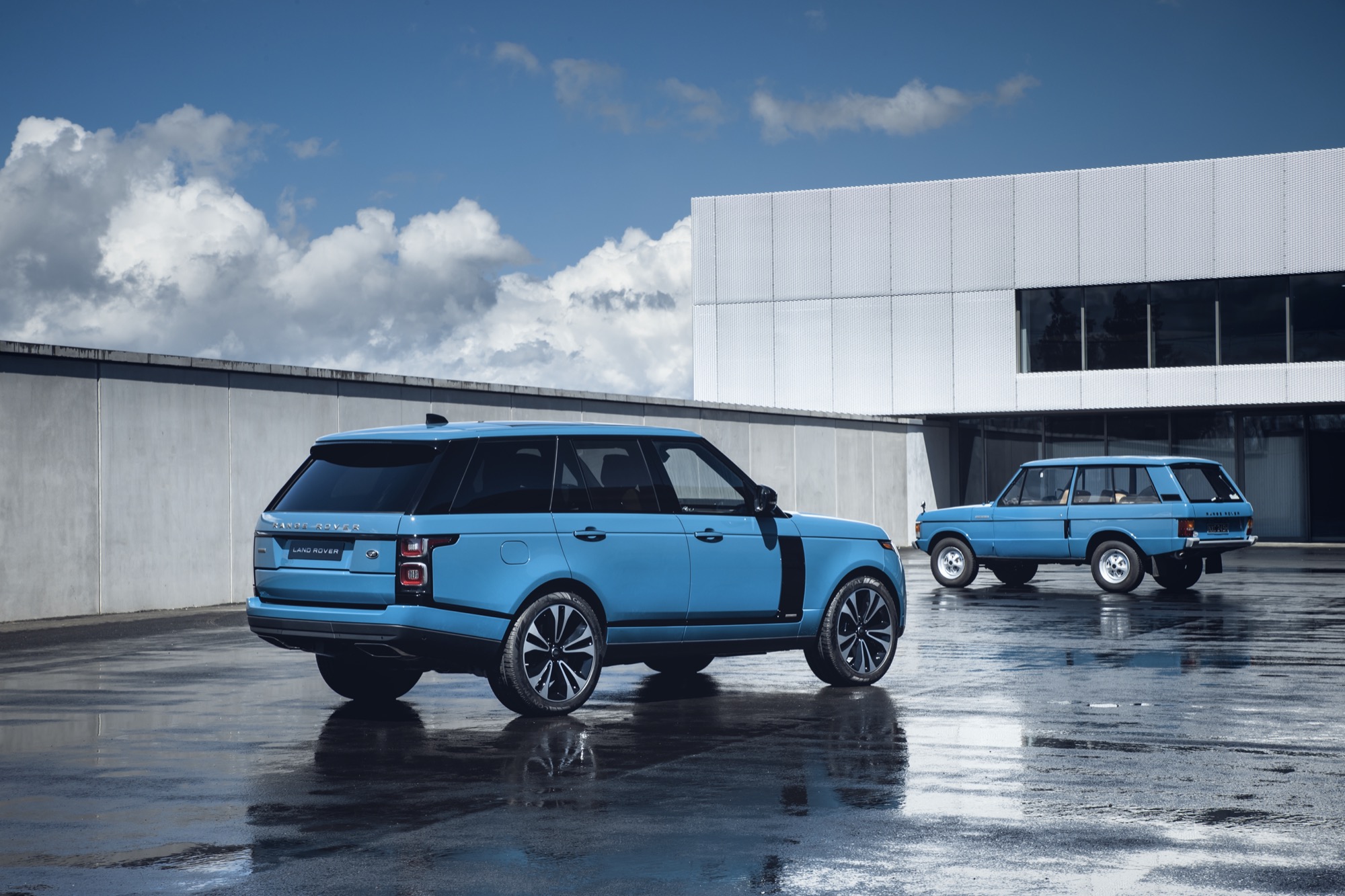