Ask any car designer how he or she got into the profession and you’ll hear the wildest stories. Mike Robinson, a horse fanatic at the age of 10, switched to horsepower at 16 when he bought his first car, a 1967 Mustang. That is when he discovered car design, thanks to a photograph of the 1970 Lancia Stratos Prototype Zero by Gandini at Bertone. From that day on, he wanted to create the most radical, futuristic cars in the world, and he decided to do it in Turin, Italy.

Fast forward a few years and he was designing cars for Ford’s Ghia Design Centre in Turin, where he created his very first show car, the 1984 TSX-4. He learned very quickly that car design is an extremely competitive world, and every project is a battle against other designers. The key to winning is “adding something unexpected to every project, otherwise you’ll end up like all the others,” Mike tells us..

This search for the unexpected took him straight into the future, trying to understand what’s next, in terms of lines, shapes, proportions, but also in terms of technology, invention, even science fiction. He was soon called a “futurist,” describing the future with his car designs. Alan Kay, the inventor of the PC once said: “The best way to predict the future, is to invent it yourself!” This became Mike’s personal philosophy, which drove him deeper into 360° research, where cars were a tiny percentage. His heroes were other futurists like Syd Mead and Luigi Colani, who filled Mike’s fantasy with vivid images of alien objects and images from the future.

1998 Lancia Dialogos  –  His very first project as Lancia Design Director. The Dialogos was a new definition of the Italian luxury sedan, which was one of the very first autonomous cars in the world (11 years before Google started). The concept was based on human wellbeing, with vis-à-vis seating and many advanced technological features. One of these was the Virtual Personal Assistant (VPA) called Ambrogio (after the Ferrero Rocher TV ads). Ambrogio took care of all your needs (two years before Apple’s Siri), and eliminated all buttons in the interior.. The exterior design of the Dialogos went directly into production as the Lancia Thesis, and also became the Lancia Jubilee, the Popemobile for Pope John Paul II in 1999. 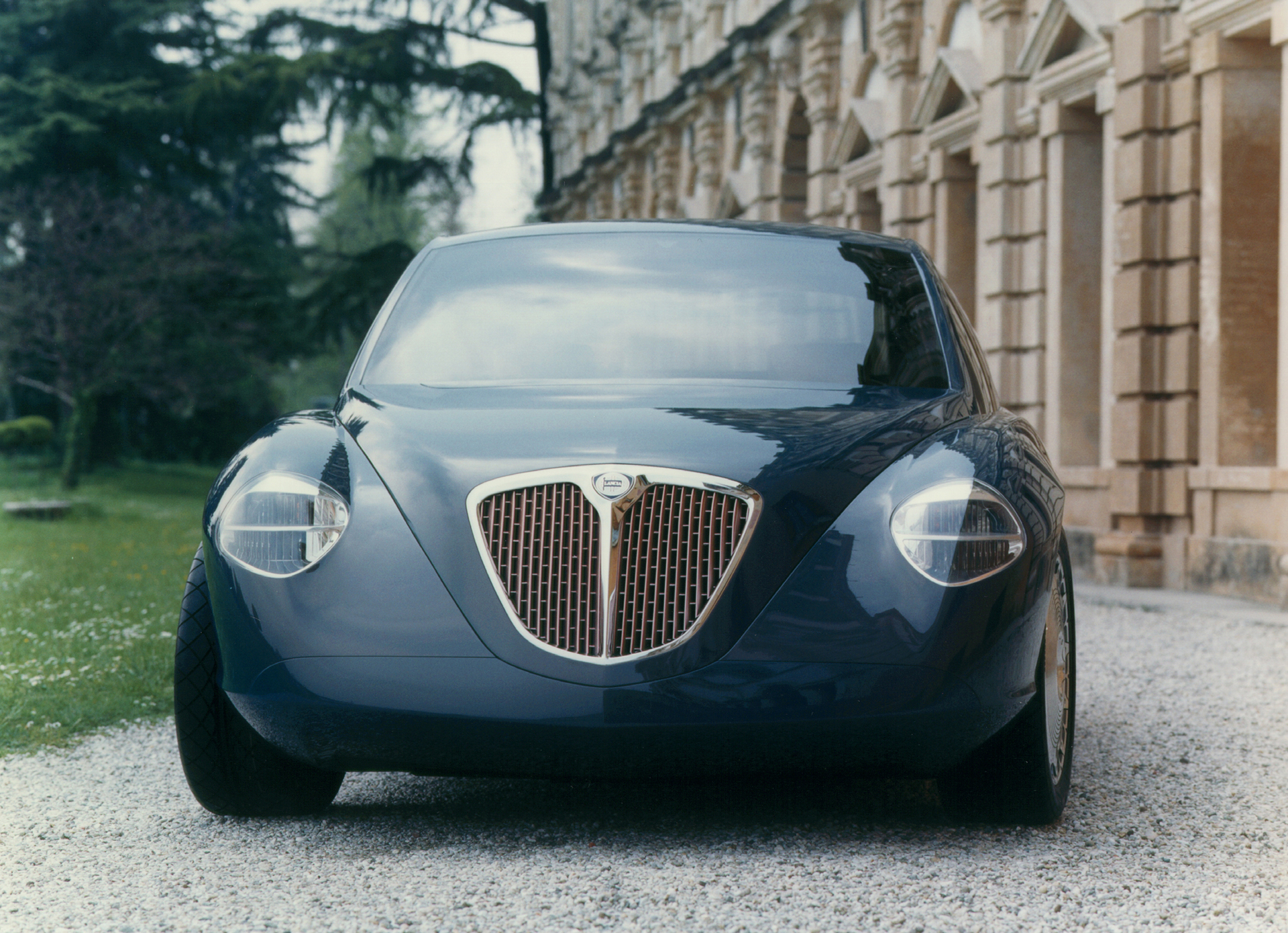 2010 Alfa Romeo Pandion – His first project as Bertone Design Director. The Pandion was commissioned by Alfa Romeo to celebrate their centennial anniversary as an Alfa 8C for 2030. Based on a Maserati Granturismo with a shortened 2+2 wheelbase, the fully drivable concept car was designed and built in just 4½ months! The Pandion is filled with exotic materials and concepts, such as the two-piece door opening mechanism that raises up 3.6 metres when fully open, rotating around the hub of the rear wheels. They used Algorithm Design technology, which reproduces natural phenomenon in the computer, offering Random Form Generation, like the radical quartz blades at the rear of the car. The interior used tree roots as a natural reference, transforming comfort trim pieces into structural elements. The ultra-thin seats are all lined with transparent, backlit gel, creating a swimming-pool-blue light throughout the interior. 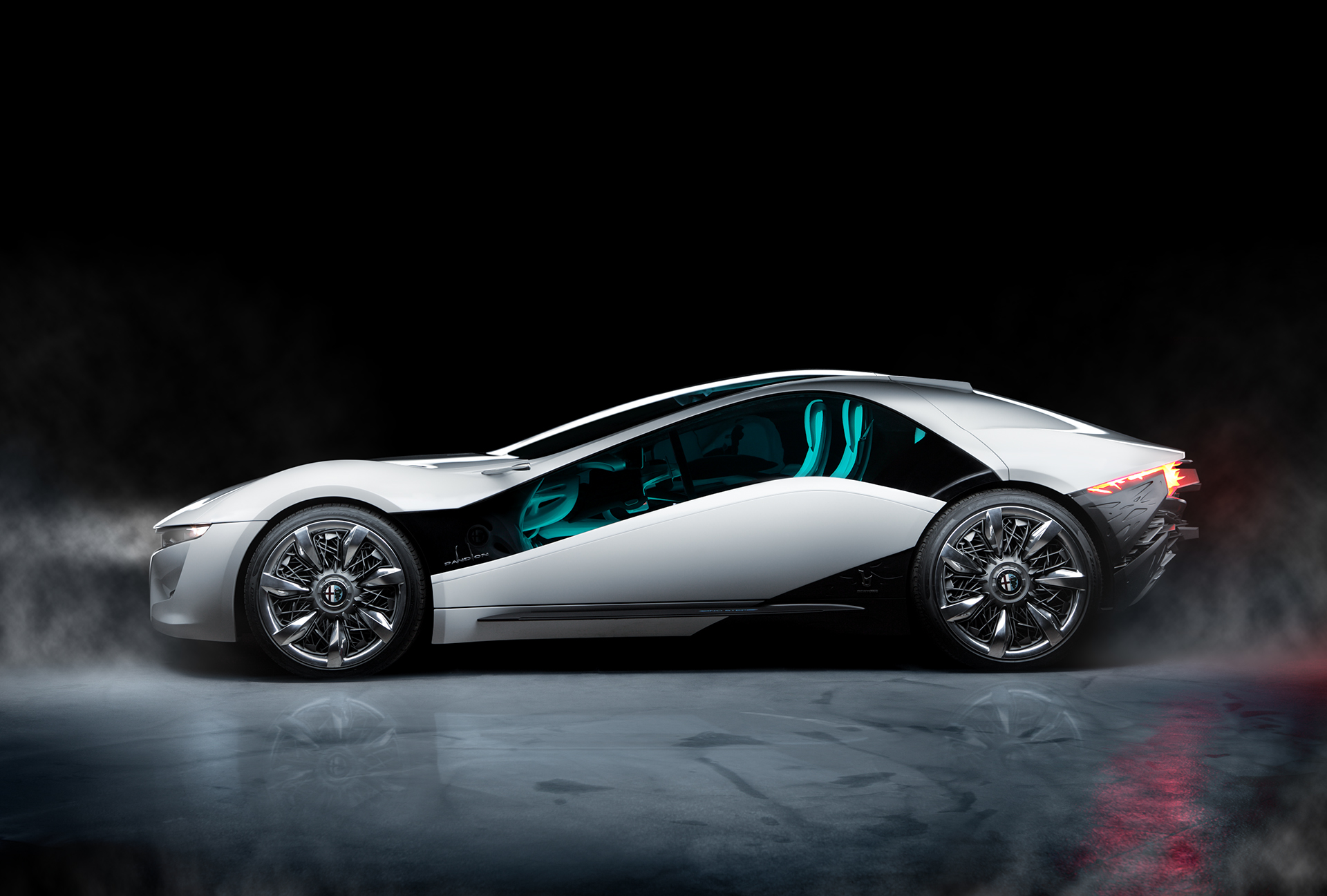 2011 Jaguar B99 – Jaguar asked Bertone to design a small luxury sedan, as a replacement for the X-Type. They studied the rich heritage of the brand and decided to stick with the three-volume architecture, unlike all the existing fastback Jaguars. These classis proportions, with a short nose and a long tail helped the car look extremely modern while offering a scent of the past. They gave the car a wide and low “leaper” anatomy (as the leaping Jaguar hood ornament is called), with a long elegant hood and powerful rear muscles ready to pounce on its prey. The interior was luxurious and minimalist, with highly prestigious materials. 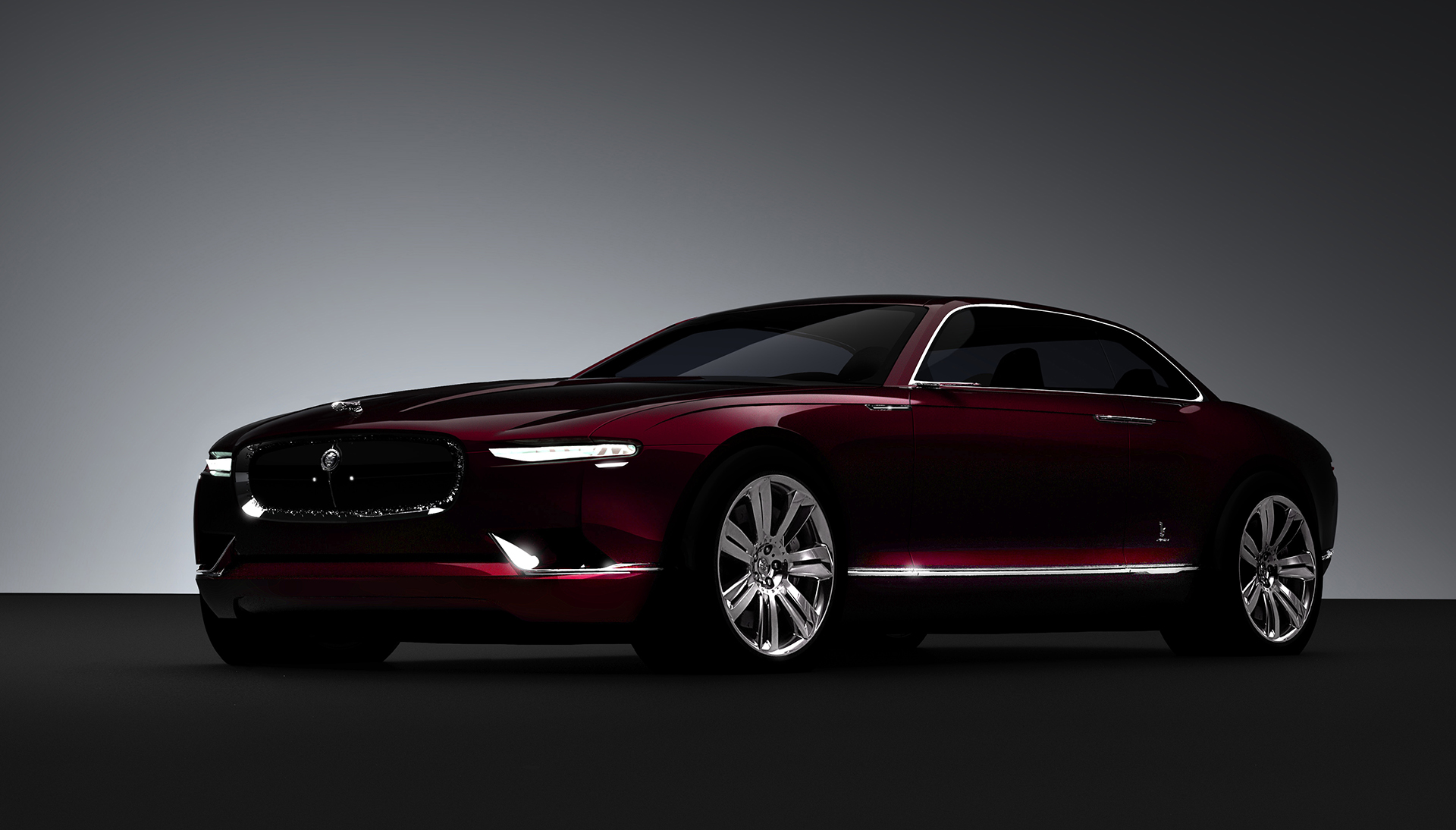 2012 Bertone Nuccio – the Bertone centennial celebration concept car, named after the founder’s son who literally changed global car design with his radical innovations. Based on a Ferrari 430, they reinvented the infamous Bertone wedge from the 60s & 70s (Carabo, Statos Zero, Countach, et al). The cab-forward look was invented by Bertone (Gandini) and a perfect theme for the centennial concept. They eliminated the rear window on the parametric roof of the car, which was painted orange, Nuccio Bertone’s favourite colour. 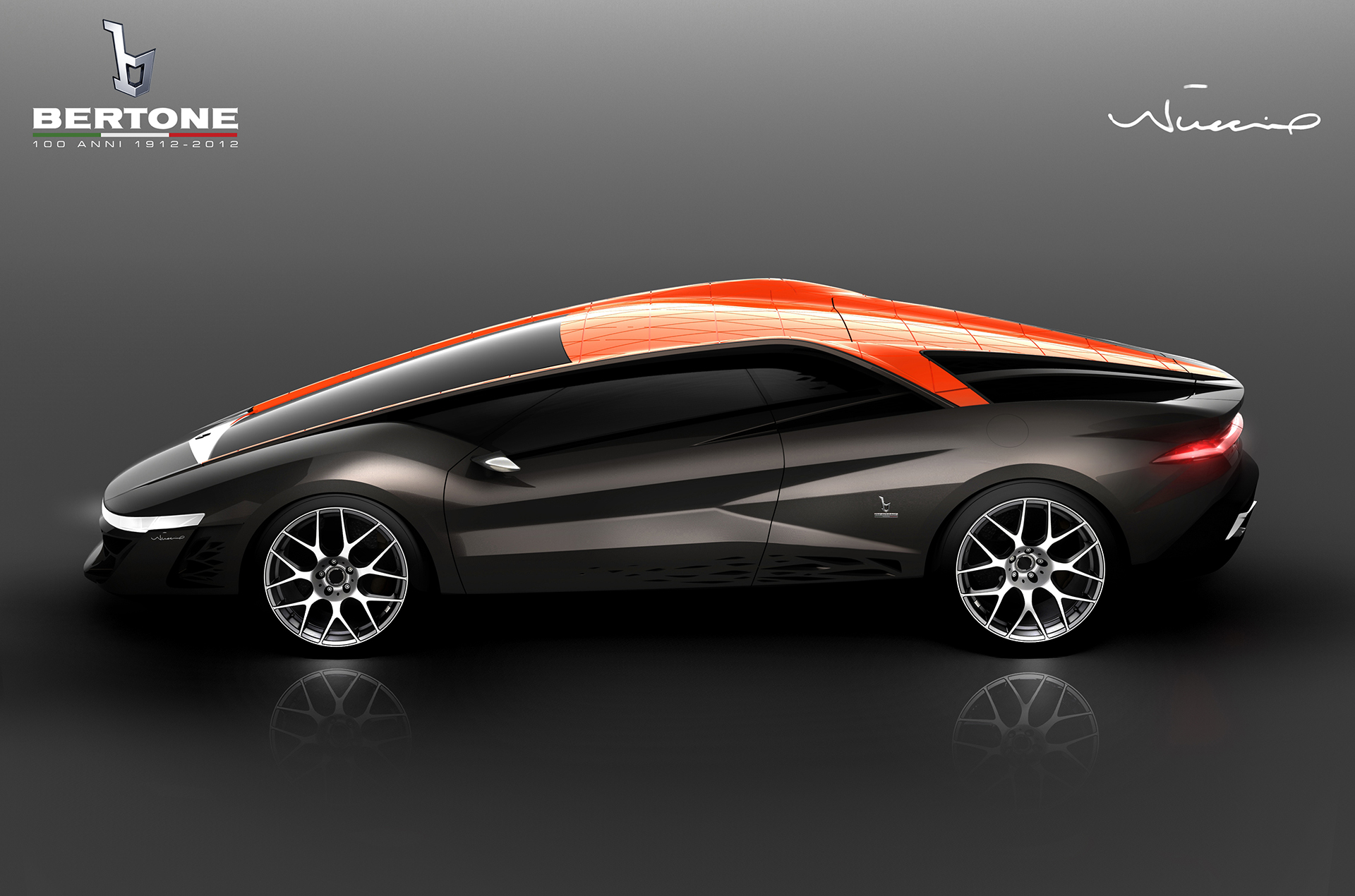