What follows is the outcome of the first international survey involving a significant cross-section of 500 individuals interviewed within the framework of five major international events devoted to classic car collecting: Retromobile in Paris, Retro Classic in Struttgart, The London Classic Car Show, the La Classic Car Show and the Auto e moto d’epoca in Padova. Devised at the behest of the Classic Car Trust, the aim of the study is to establish to what extent the older and new generations of collectors differ in their interests and focus regarding models and marques, and what this could mean for the future of collecting. The interviewees were divided into two sub-samples, each comprising 250 individuals: the first were young people up to the age of 30; and the second, people belonging to the over-55 category. The generational leap was deliberately introduced in order to undestand more clearly the evolution of ideas and tastes. 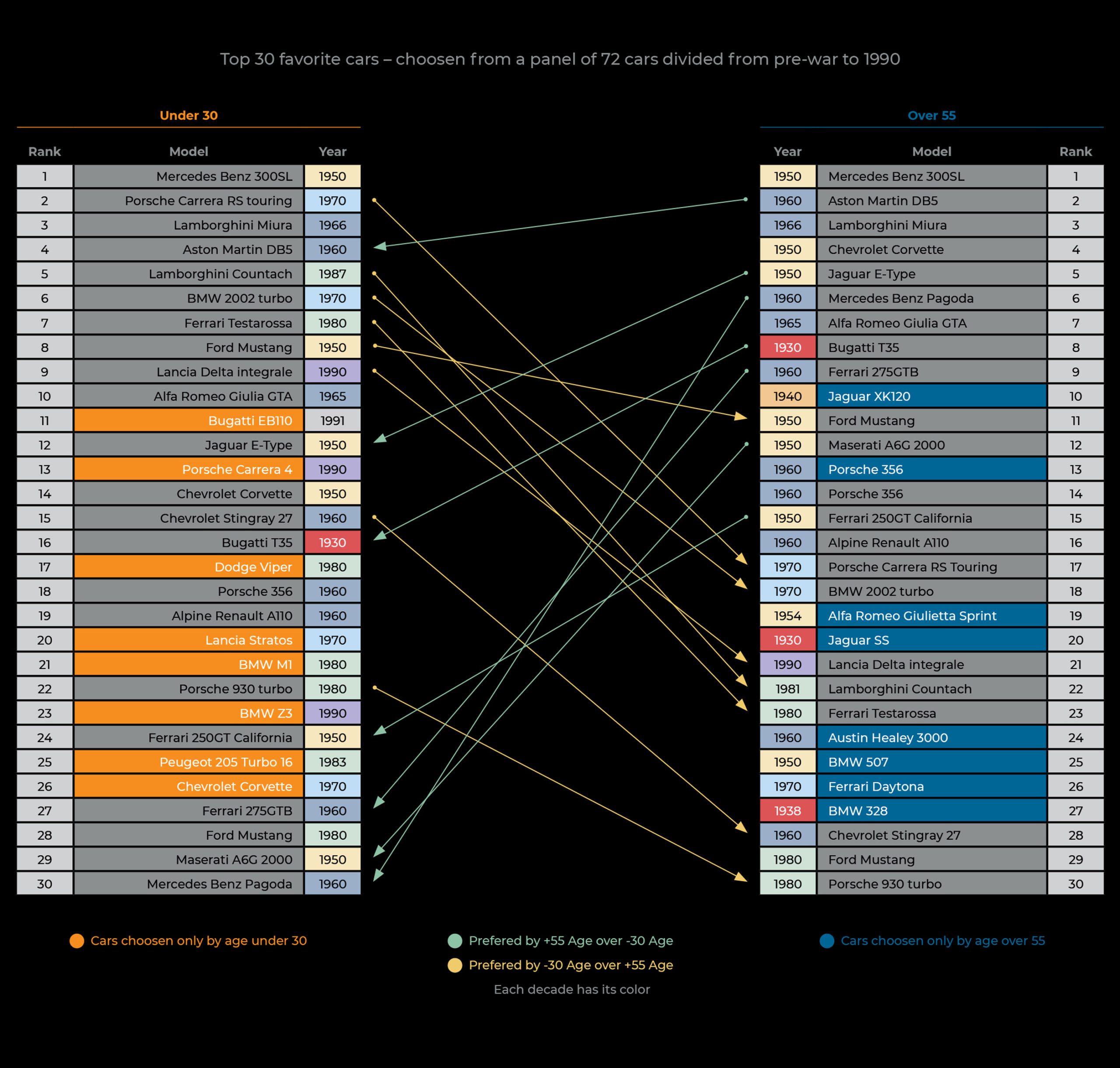 It is clear that between the younger and the older generations there is a real difference in the perceived appeal of model and marques. This difference hower does not apply to a select number of rare models that transcend all taste barriers attributable to age: Mercedes 300SL, Lamborghini Miura and Aston Martin DB5 are central to the dreams and desires of all generations. 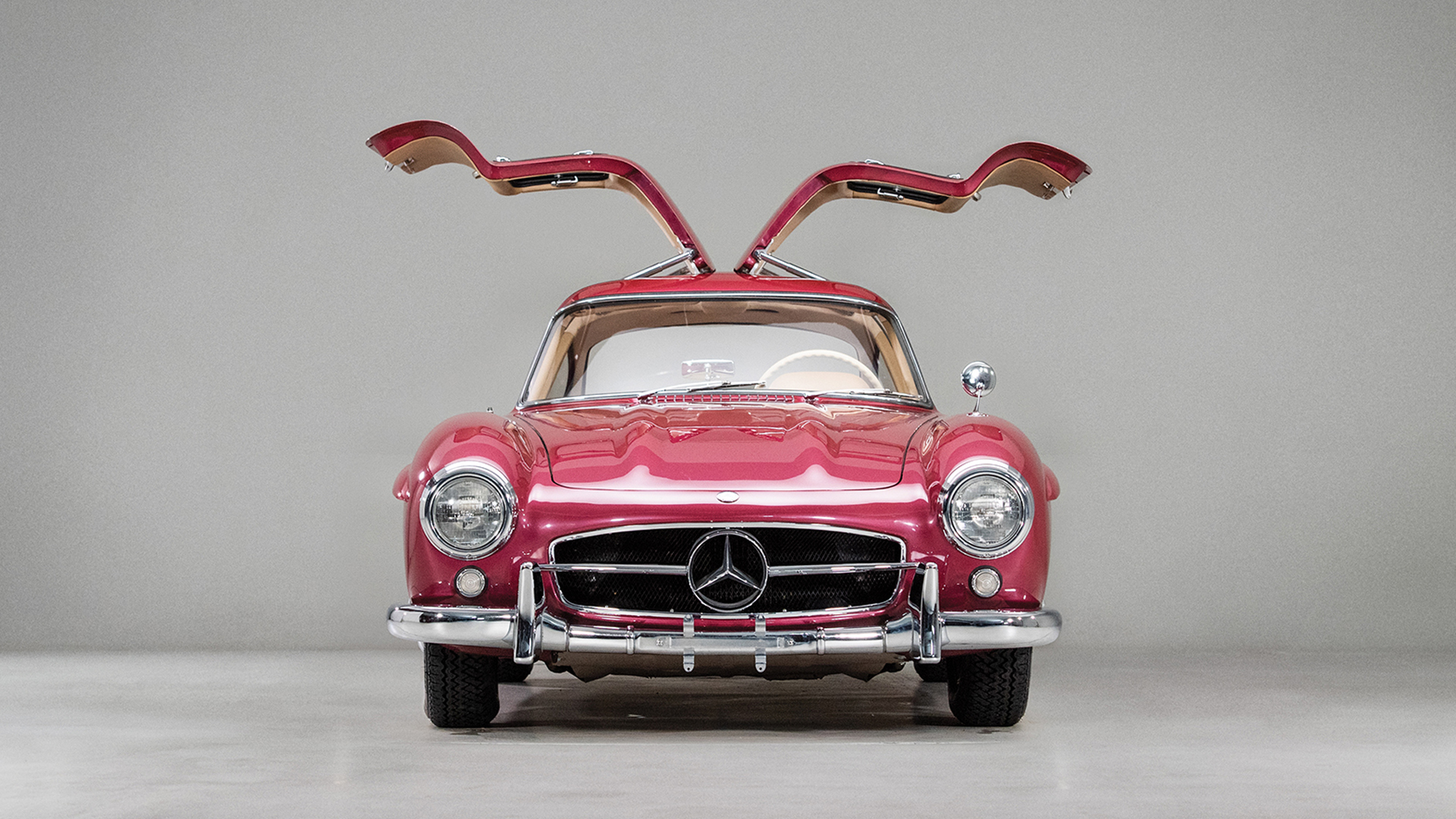 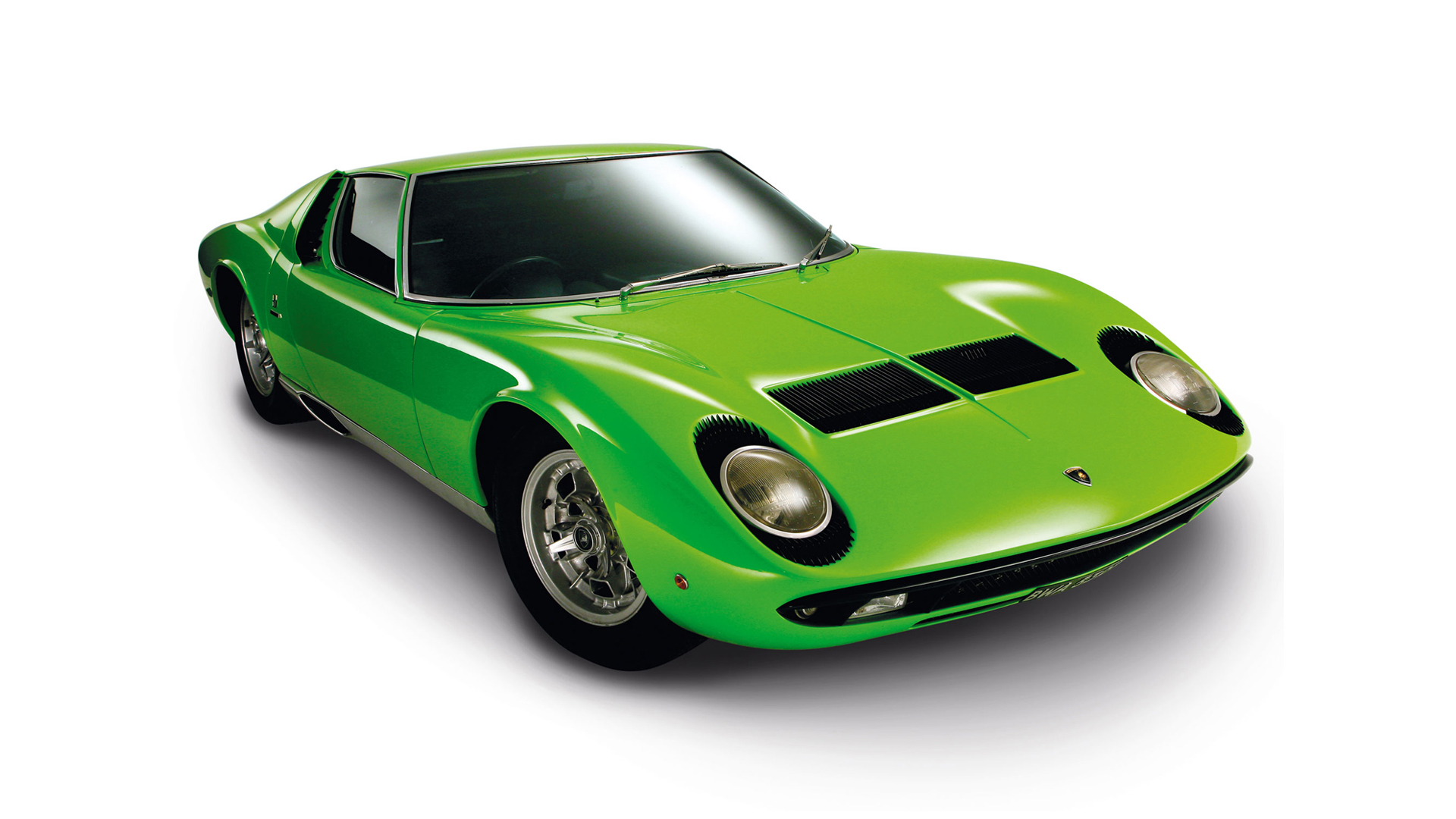 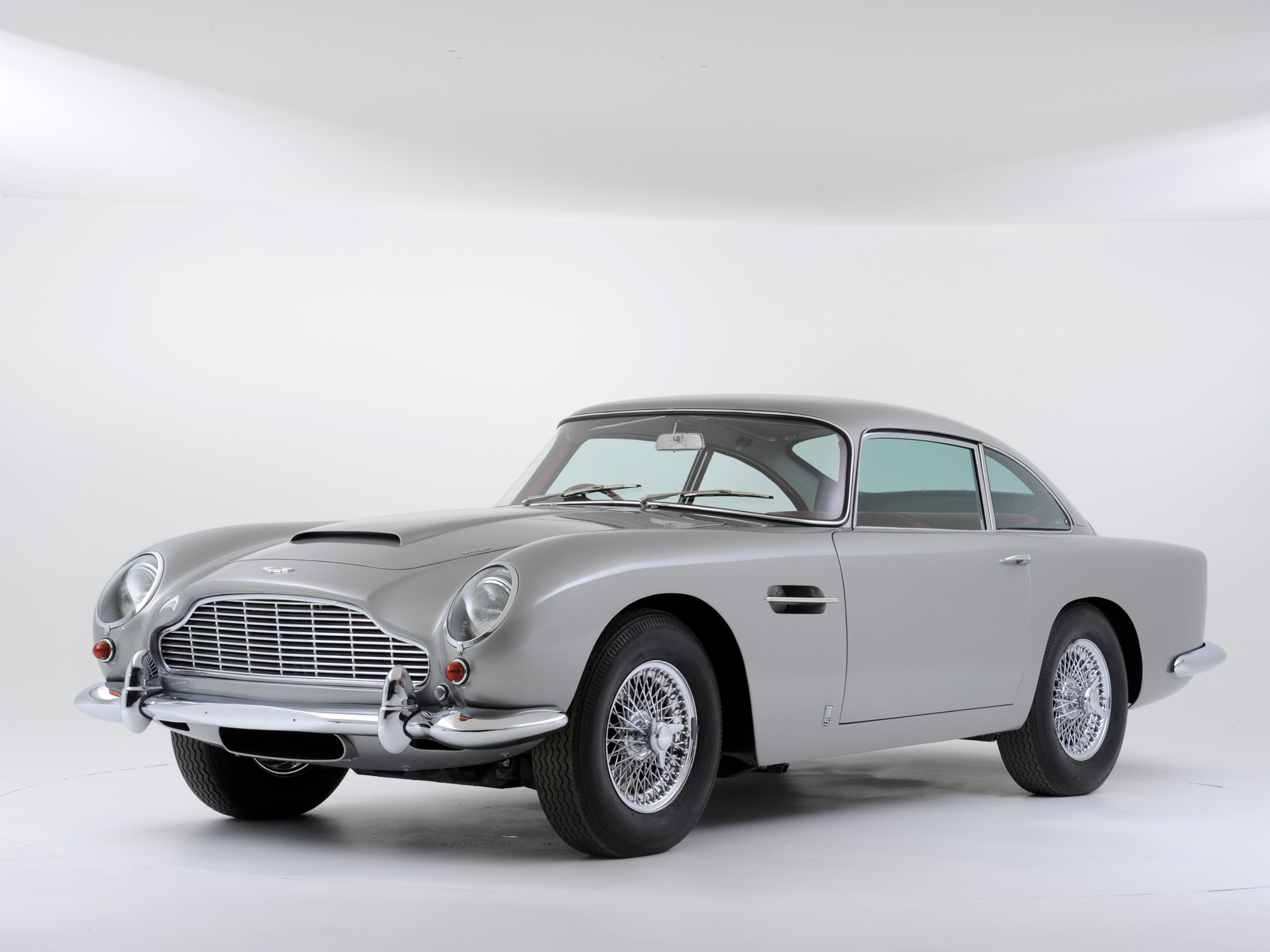 It’s immediately evident that there are two different kind of cars: those whose appeal transcends all age barriers; and the vehicles that plainly represent the difference in tastes and perceived allure between the younger and the older generation. The most evident case in point is the Porsche Carrera RS of the 1970s, which is a top-rater for young people and only comes in 17th among older interviewees. The differences in tastes between the younger and older partecipants are also evident in the Lamborghini Countach and BMW 2002 Turbo. 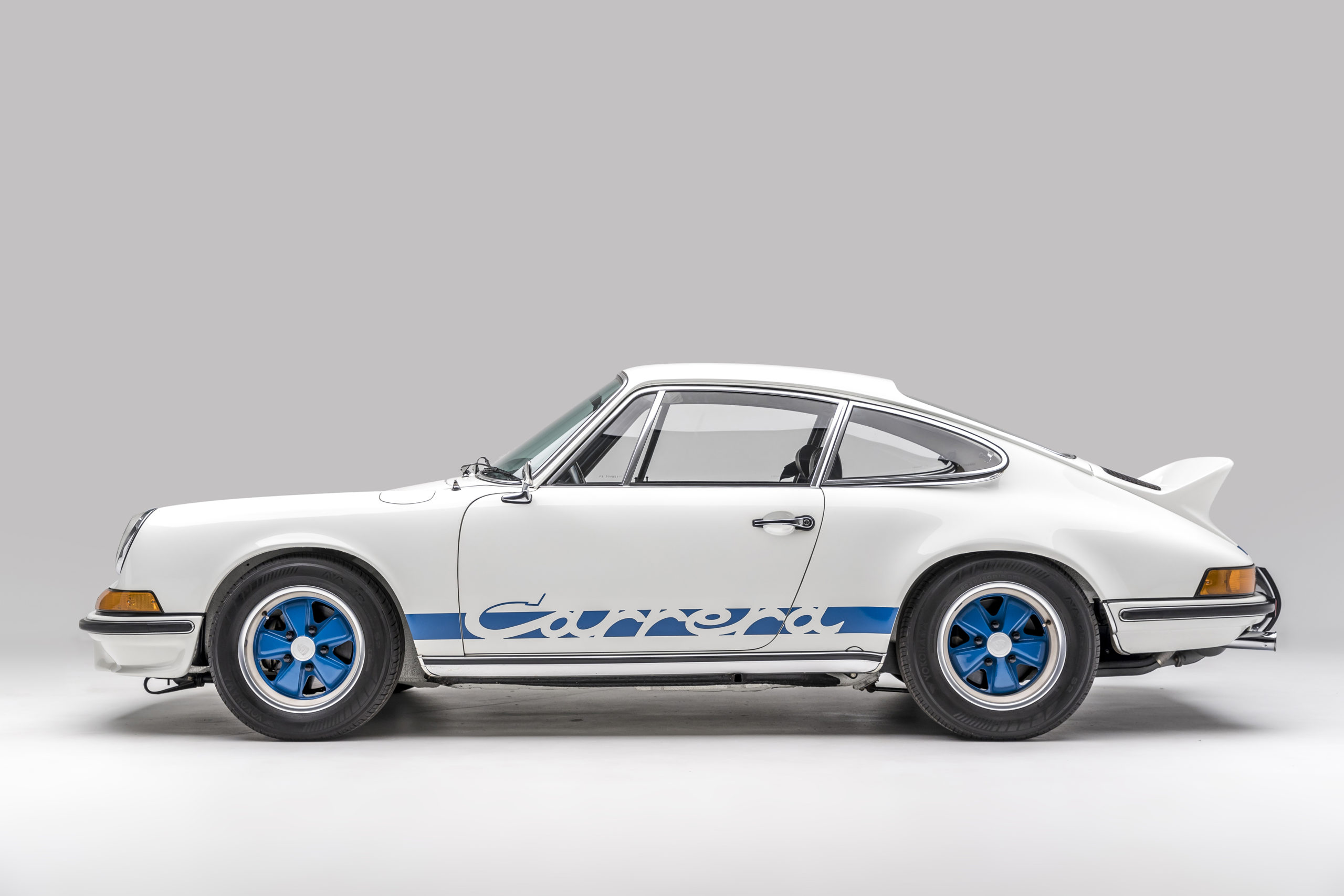 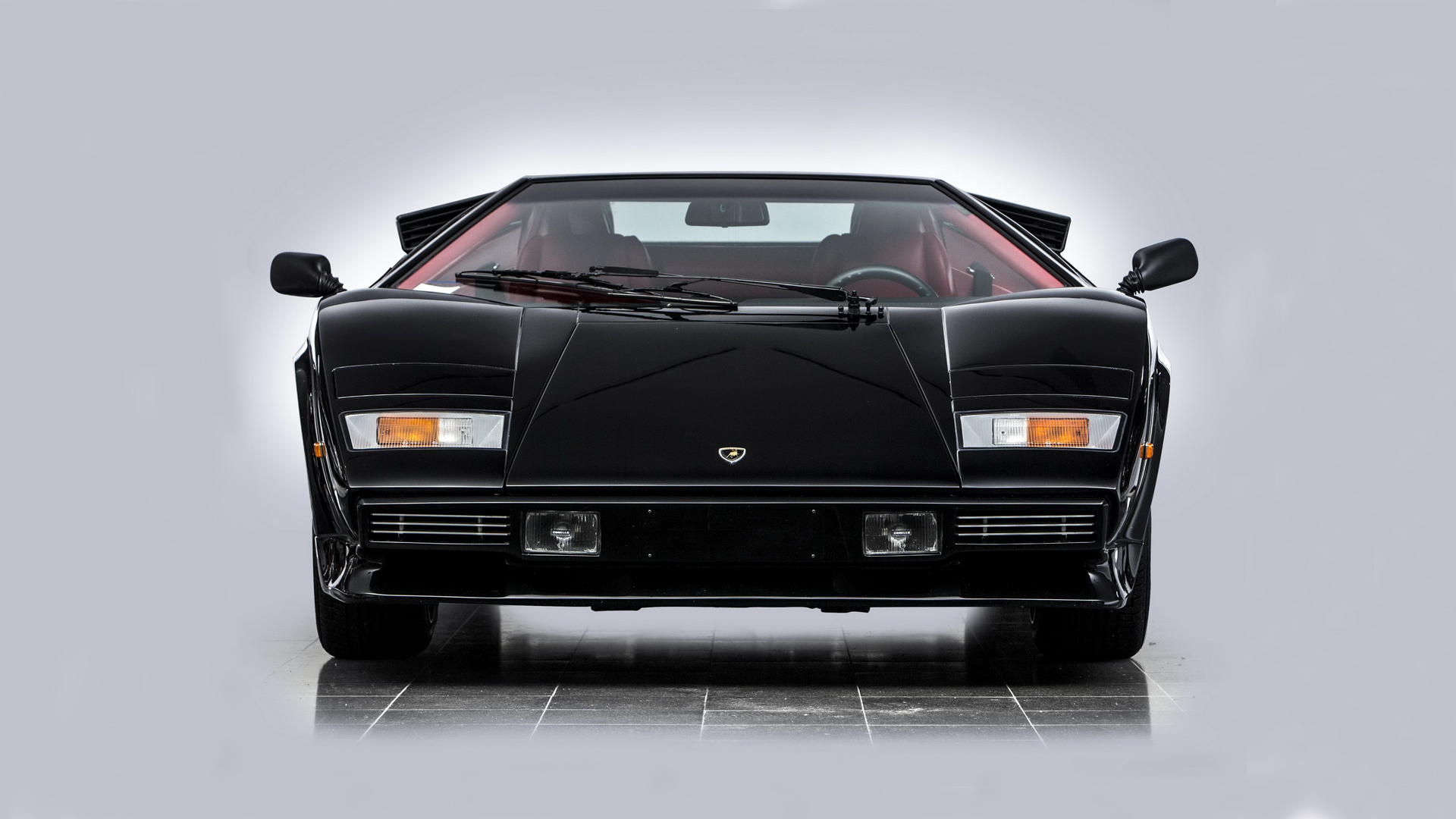 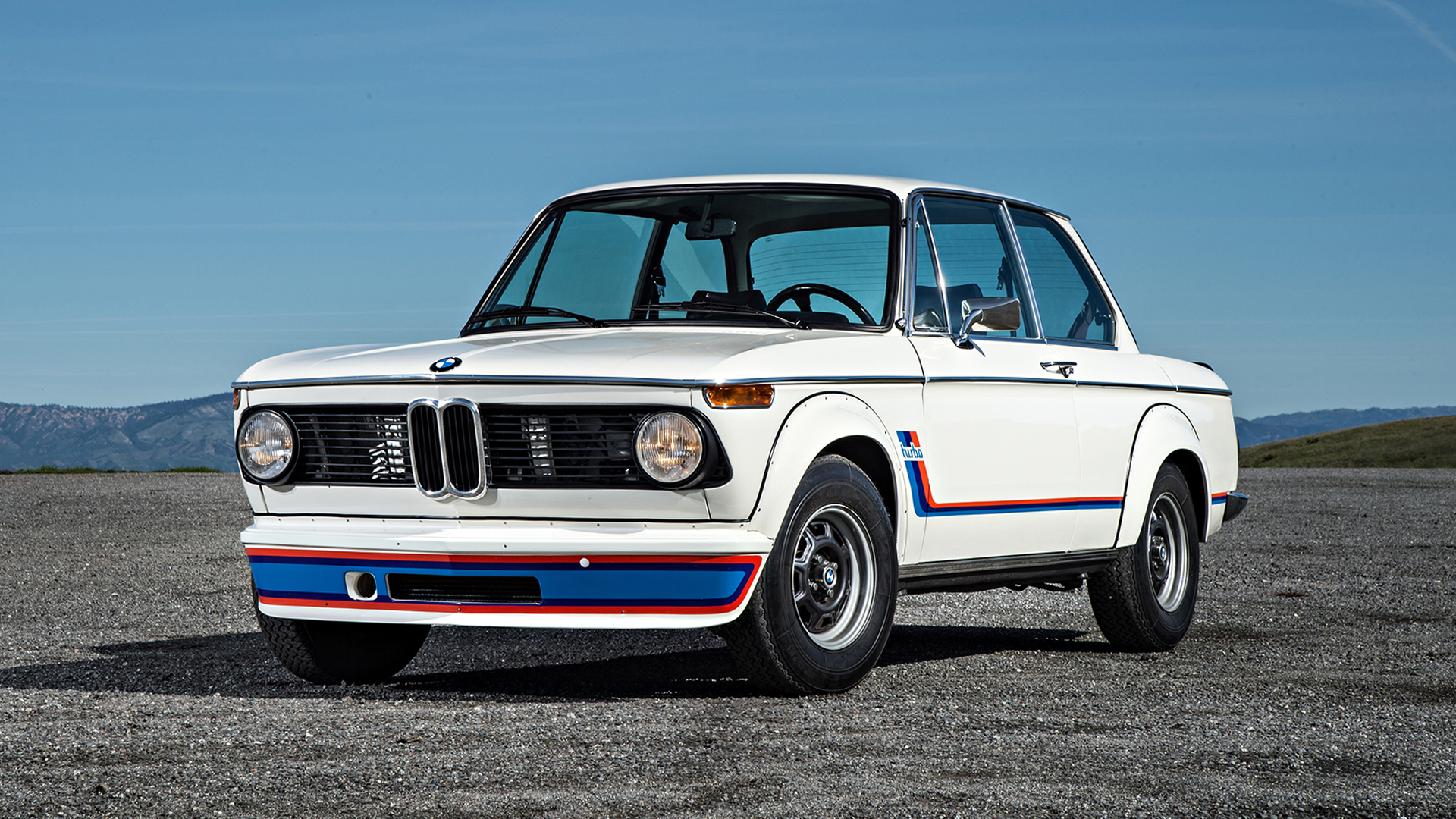 The reverse situation is equally telling: the cars that rate highest among the older generation are the Corvette, the Jaguar E-Type and Mercedes Pagoda, which do not elicit the same enthusiasm among the young. 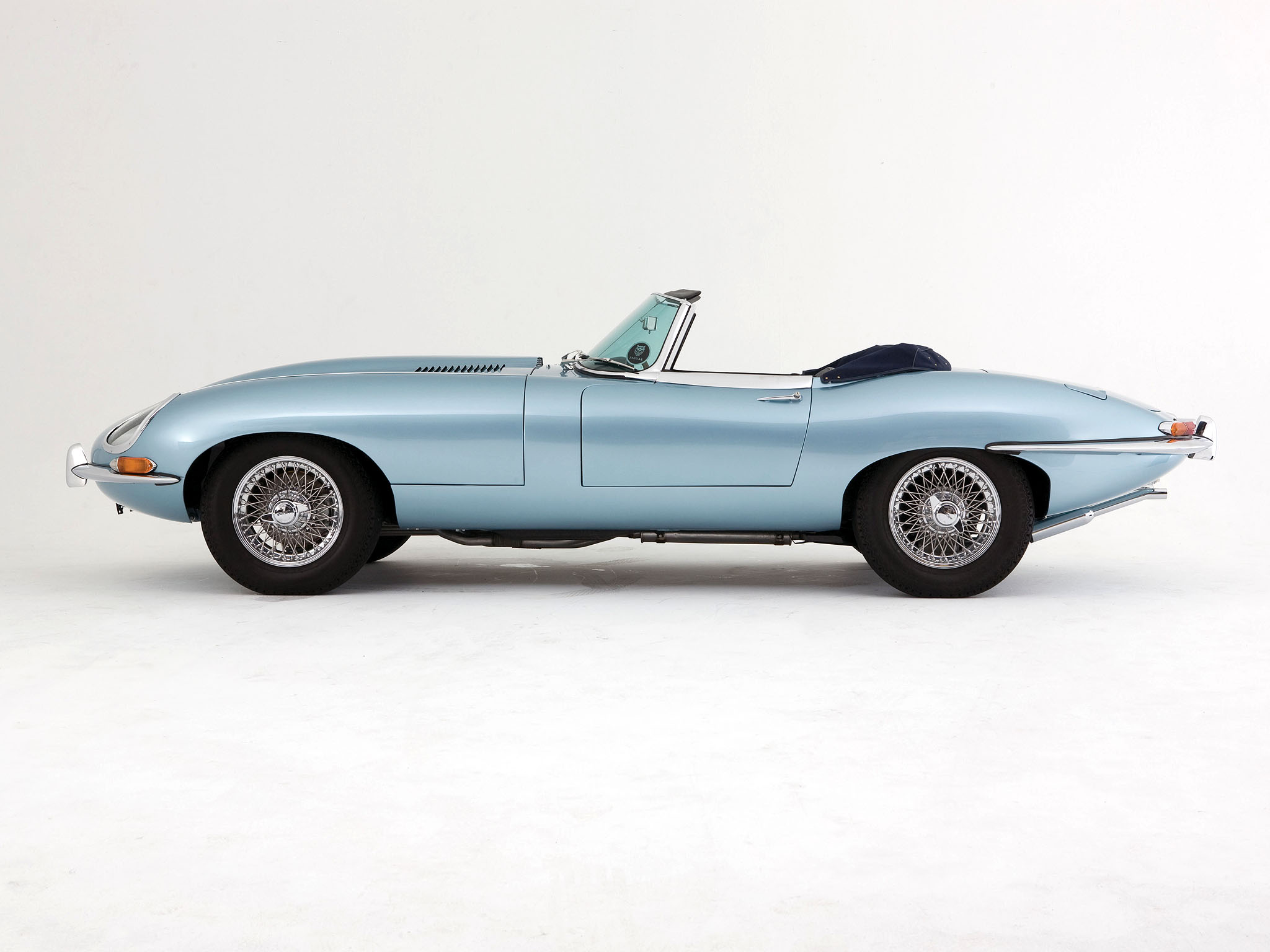 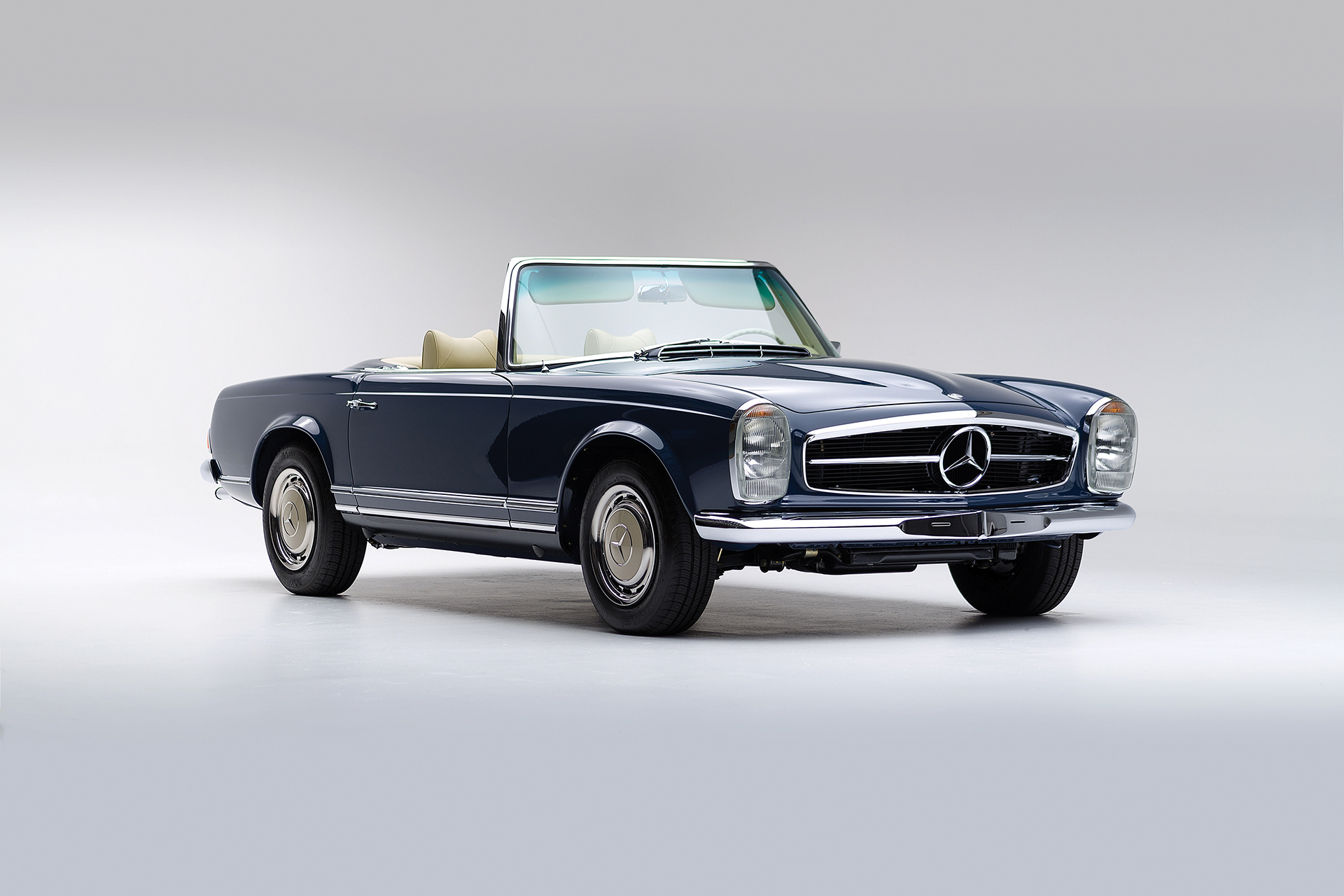 This is just a glimpse of the full arcticle that you can find on the 2019 volume of The Key in the cockpit section, an insightful and analytical view on the top end of the classic car market with a special focus on the top 100 global collectors and their cars.