The Concours d’Elegance on Amelia Island is one of the world’s most comprehensive events by sheer variety of the cars on display. The auctions, the ample number of categories awarded and the fund raising activities with all proceeds donated to charity, make this show a truly unique one. Among the many models on display to admire, our correspondent Nostracarmus has selected his 5 most interesting and extravagant American cars.

The LeSabre was the first post-war dream car produced by General Motors in 1950. It is a two-passenger convertible featuring styling cues evocative of its namesake the F-86 LeSabre fighter jet. The V8 engine ran on both gasoline and methanol with two separate fuel tanks and two carburettors. 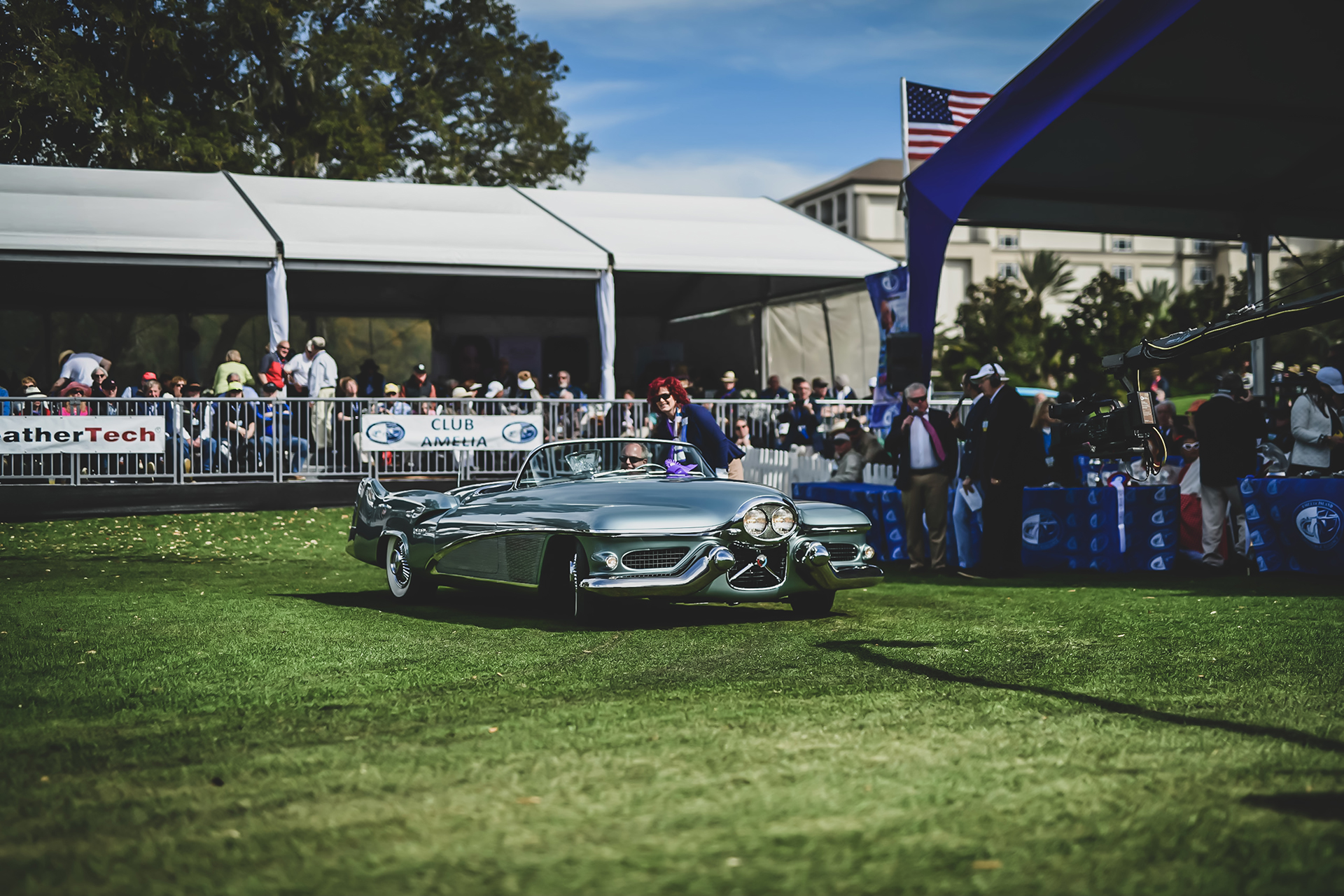 America’s Ferrari killer, the Corvette SR2, was built for Harley Earl’s son and represents a piece of Corvette racing history. Only three cars were ever built. 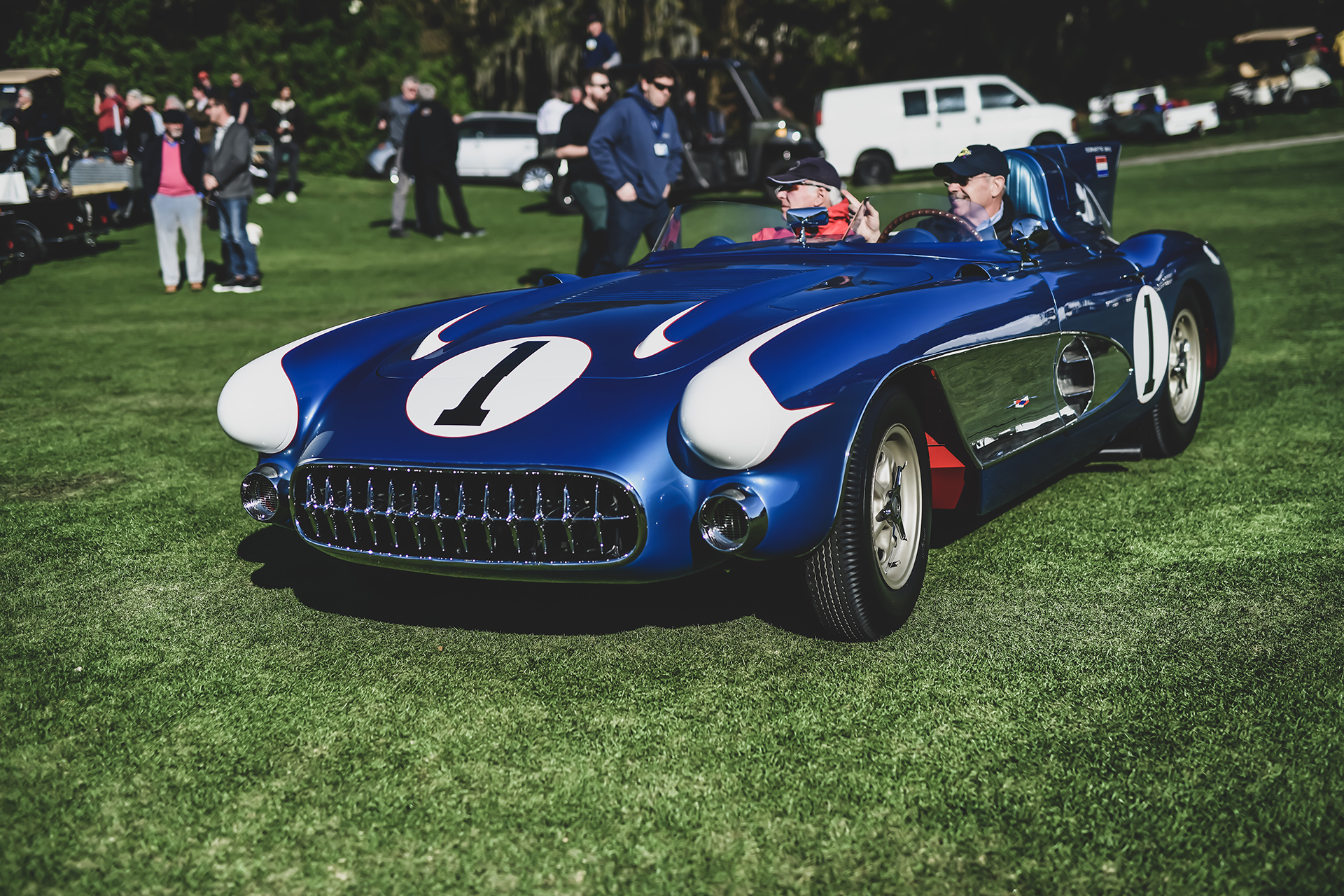 An ultra-luxury coupé sold by Ford’s Continental Division which served as the worldwide flagship vehicle of the Ford Motor Company. It made its world debut at the Paris Motor Show in 1955. The Continental Mark II was essentially hand-built, making it the most expensive American-produced automobile sold in the United States at the time. 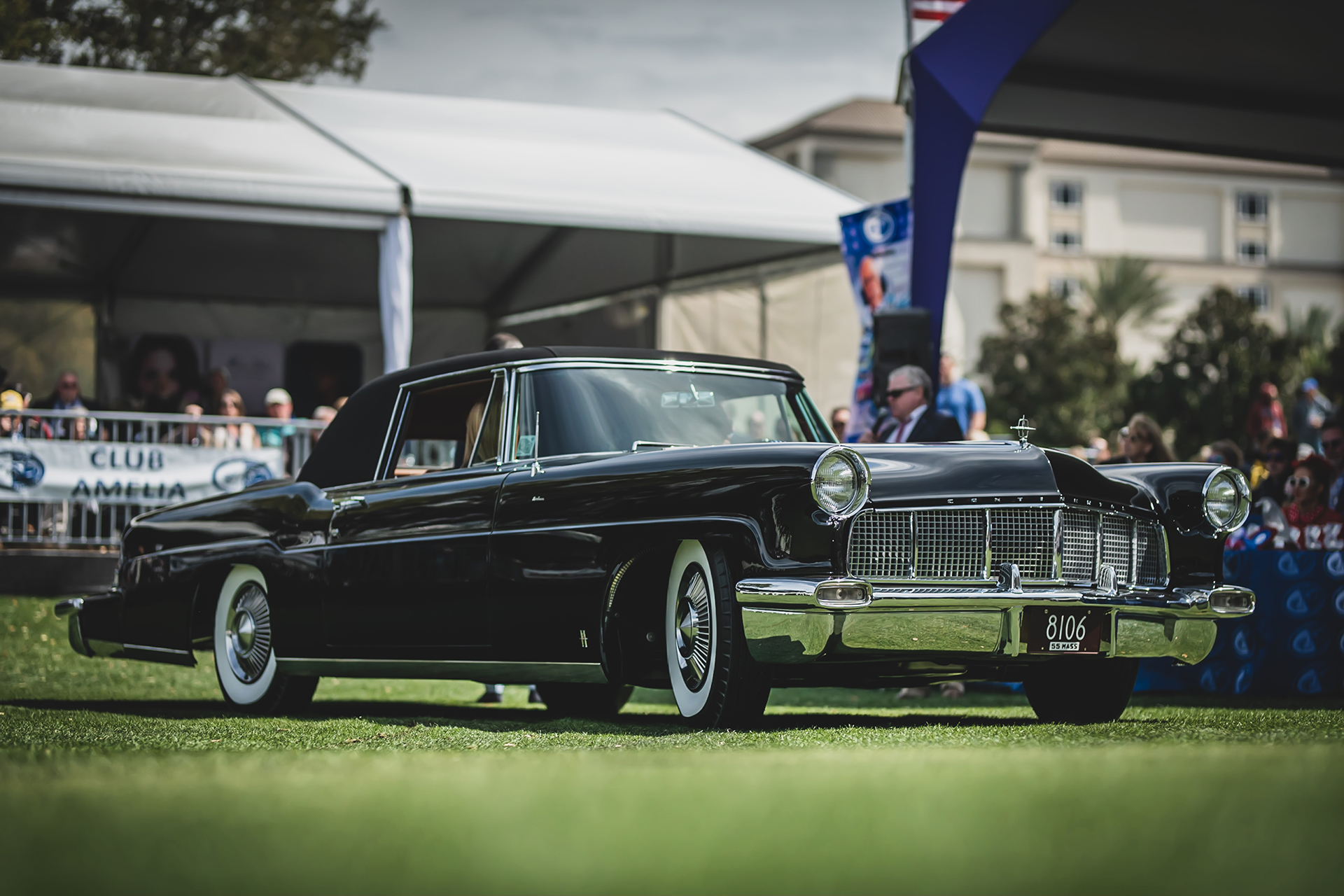 “Longer, lower and wider”. That was not just Cadillac’s advertising slogan. Dwight D. Eisenhower rode to his first inauguration in a white Eldorado followed by a diverse fleet of new 1953 Cadillacs. Only 532 were built and this is one of just 43 produced in Aztec Red. 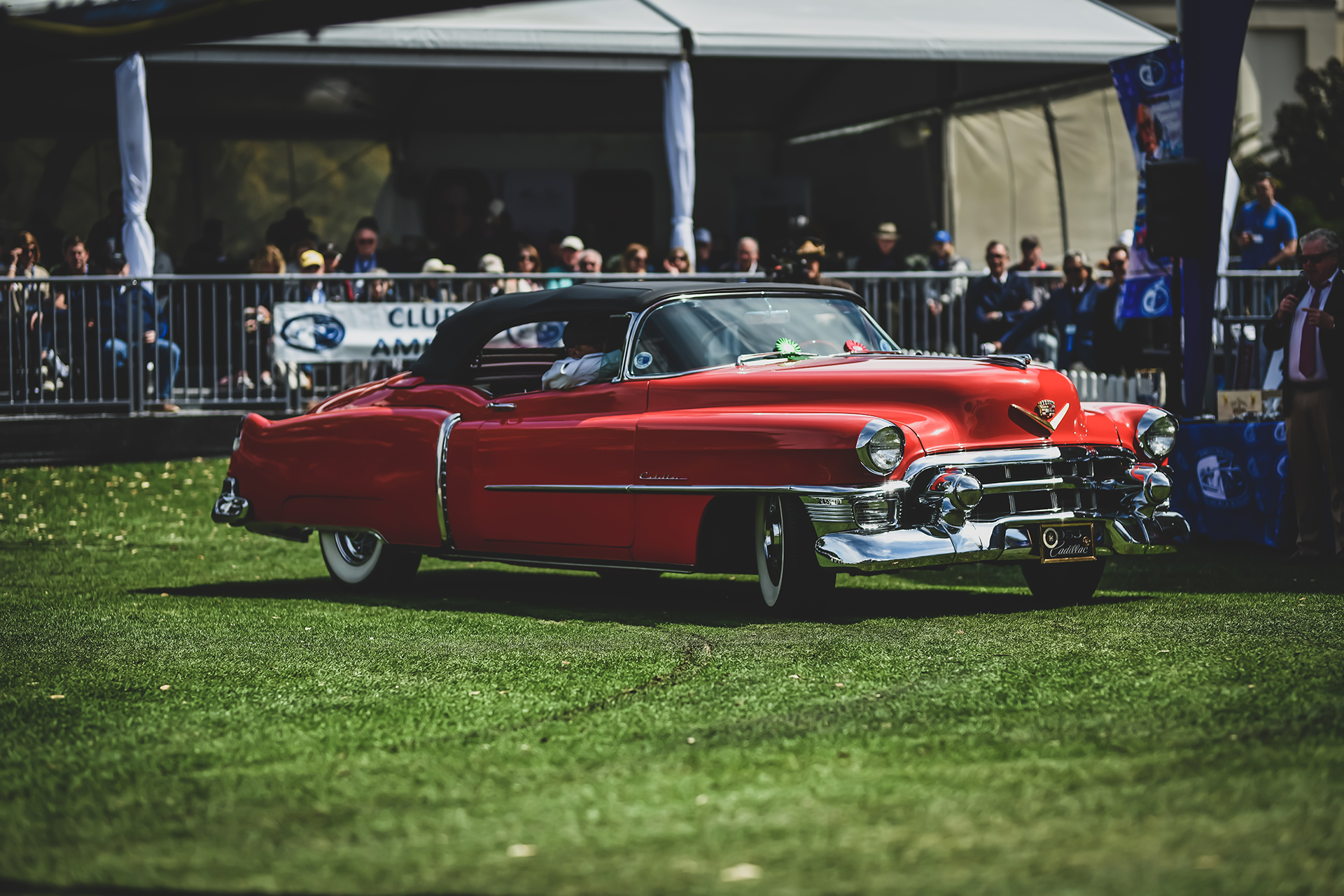 This futuristic, airplane-inspired two-seat retractable hardtop was the dream of Harry Birdsall in the 1950’s. After acquiring a 1953 Series 62 Cadillac convertible that had been damaged by fire at a local dealership, Birdsall and his partner Joe Mascari commissioned Carrozzeria Rocco Motto to build their car. 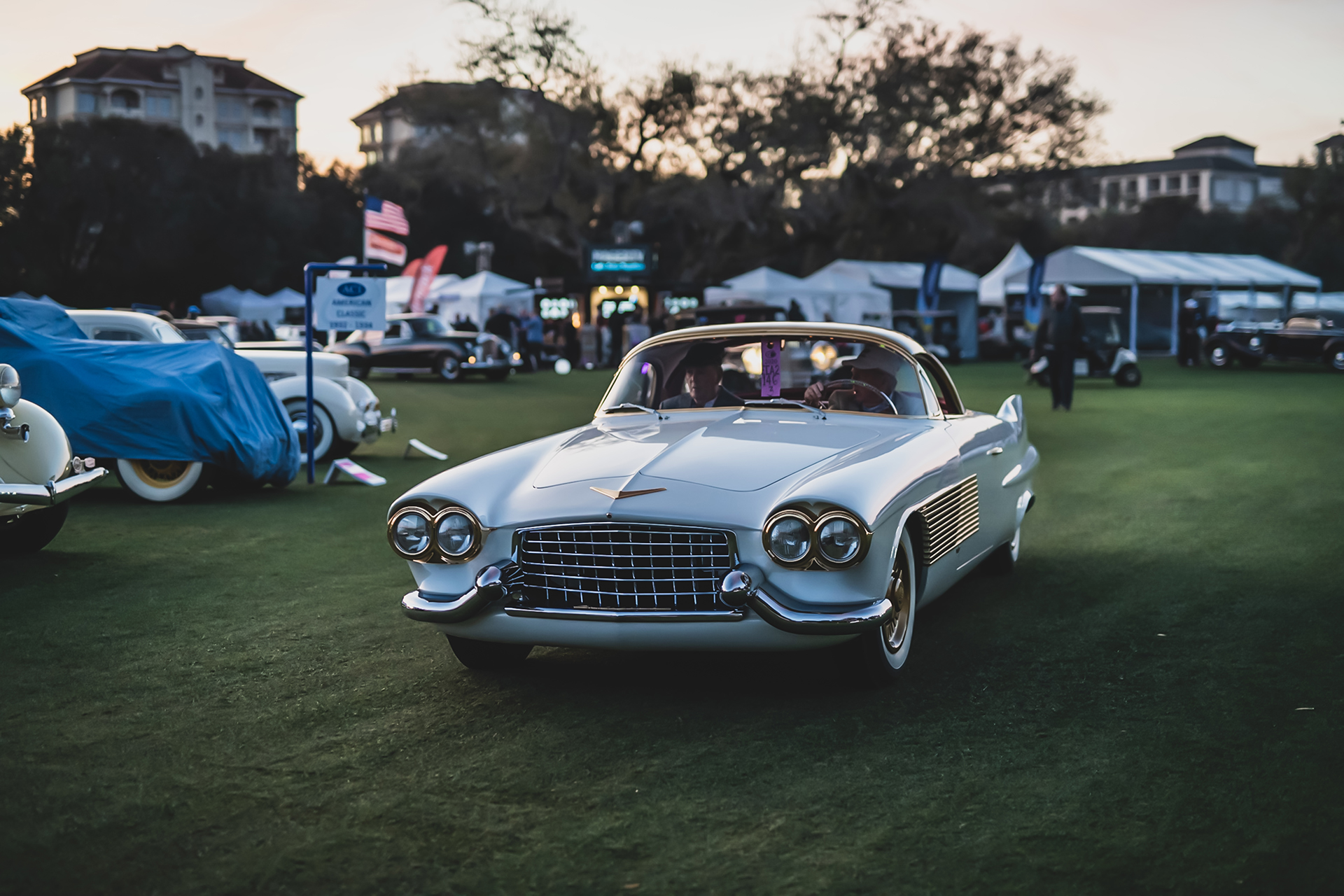