From 20th December it will be possible to order the celebrated Yearbook, The Key, Top of the Classic Car World on TCCT.com.

Now in its fourth year, thanks to the privilege of being the only publication to print the ranking of the world’s top 100 collectors as well as consistently and scrupulously publishing studies and articles on topics of great interest to the world of collecting, The Key has become somewhat of an unmissable object.

The first 500 orders will benefit from a significant discount on the cover price of what is for all intents and purposes a veritable book, containing almost 300 pages printed on high quality paper, and offered at 66 Euros, Dollars or Swiss Francs depending on the country you order it from, instead of its normal cover price of 80.

To give you an idea of the value of the publication and the large number of heavily researched articles, here are some anticipations: 80 pages, a book within a book, on the unprecedented parallel between the history of customs, art, architecture, fashion and music over the last 100 years, compared with the evolution of car technology and design. A message that the images alone convey to perfection.

Then, a survey, carried out by a highly respected international institute exclusively for The Key, on the attitude towards the car by young and very young people aged between 15 and 21 years old. A representative sample from the United States, Europe and Asia where China, Japan and South Korea were examined. Extraordinarily interesting data and very different from what most people think.

Among the many other topics, the history of the Scuderia racing teams, the parallel between the design of Pininfarina and Zagato, the possible revolution within the world of collecting by NFTs, the increasingly well-known Non-Fungible Tokens, an in-depth analysis of the international market, and the exploration of another great innovation: the fourth dimension of the experience of Classic cars.

Absolutely not to be missed! 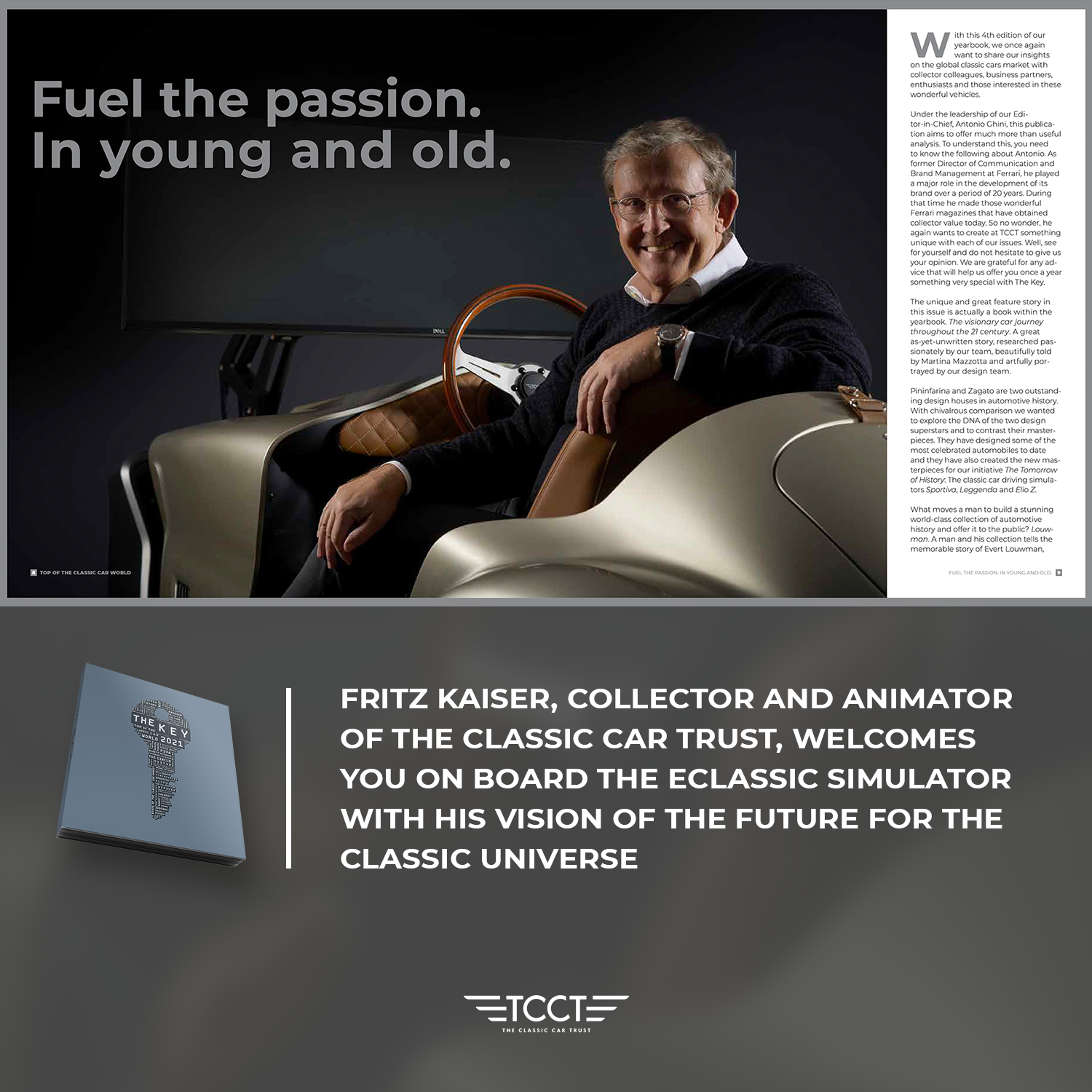 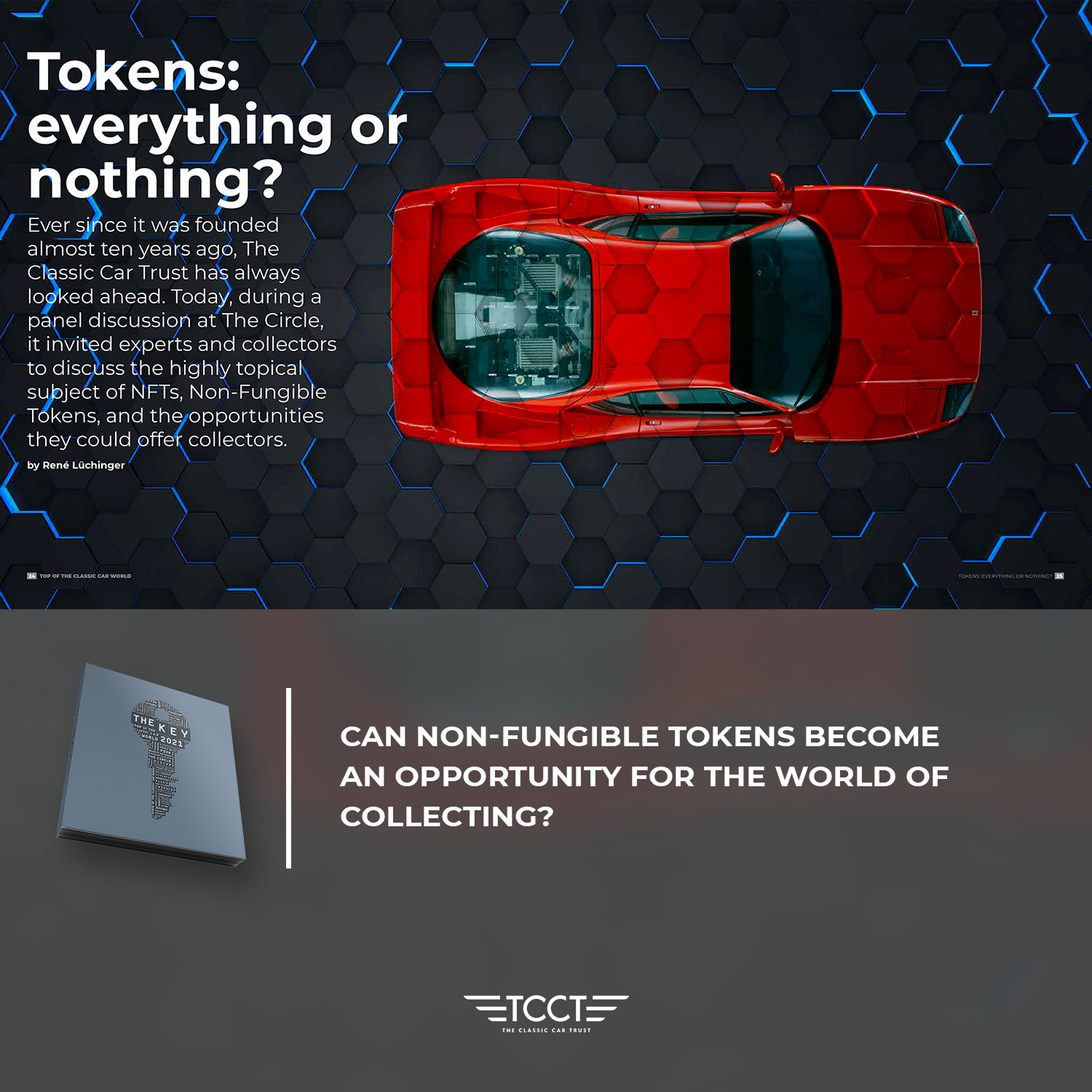 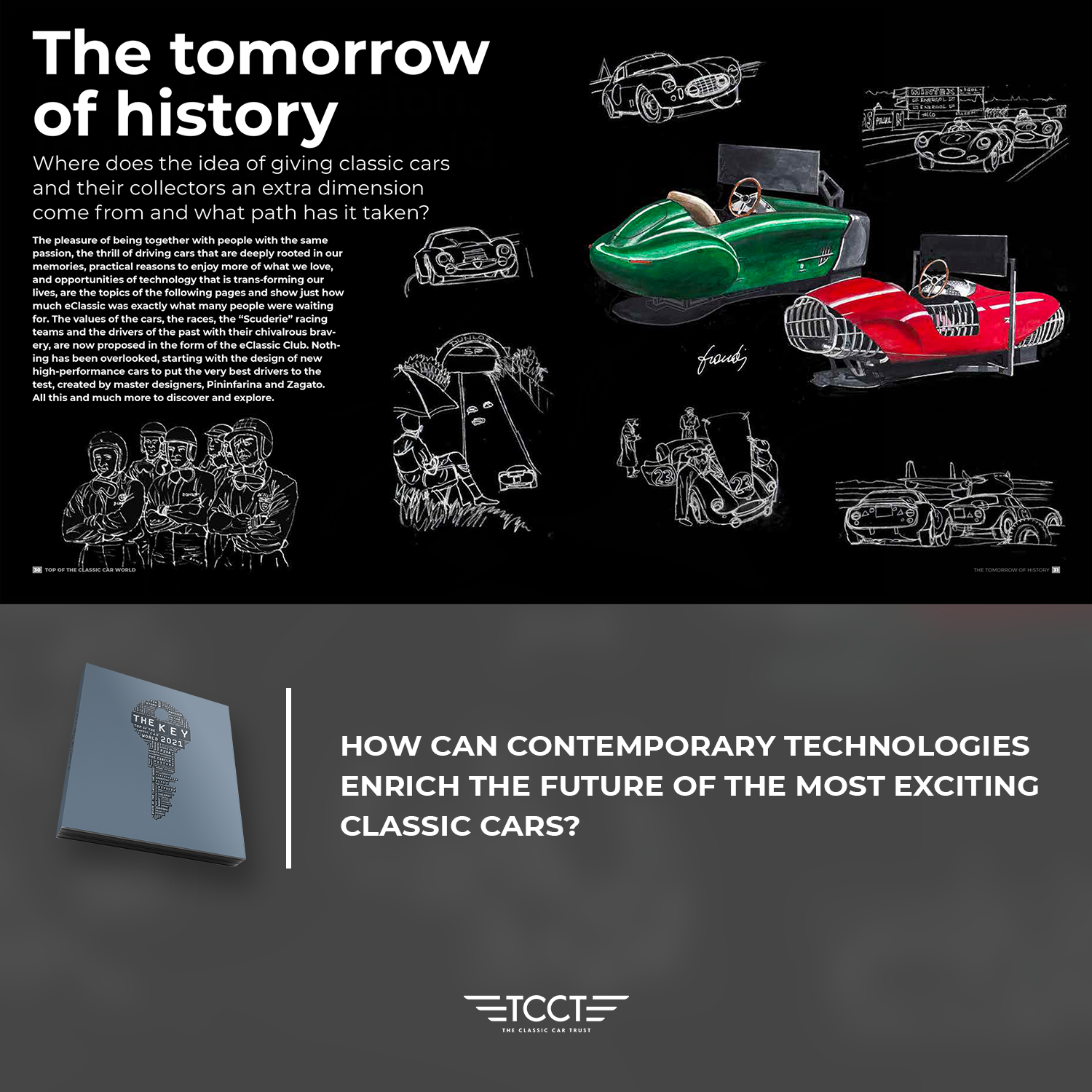 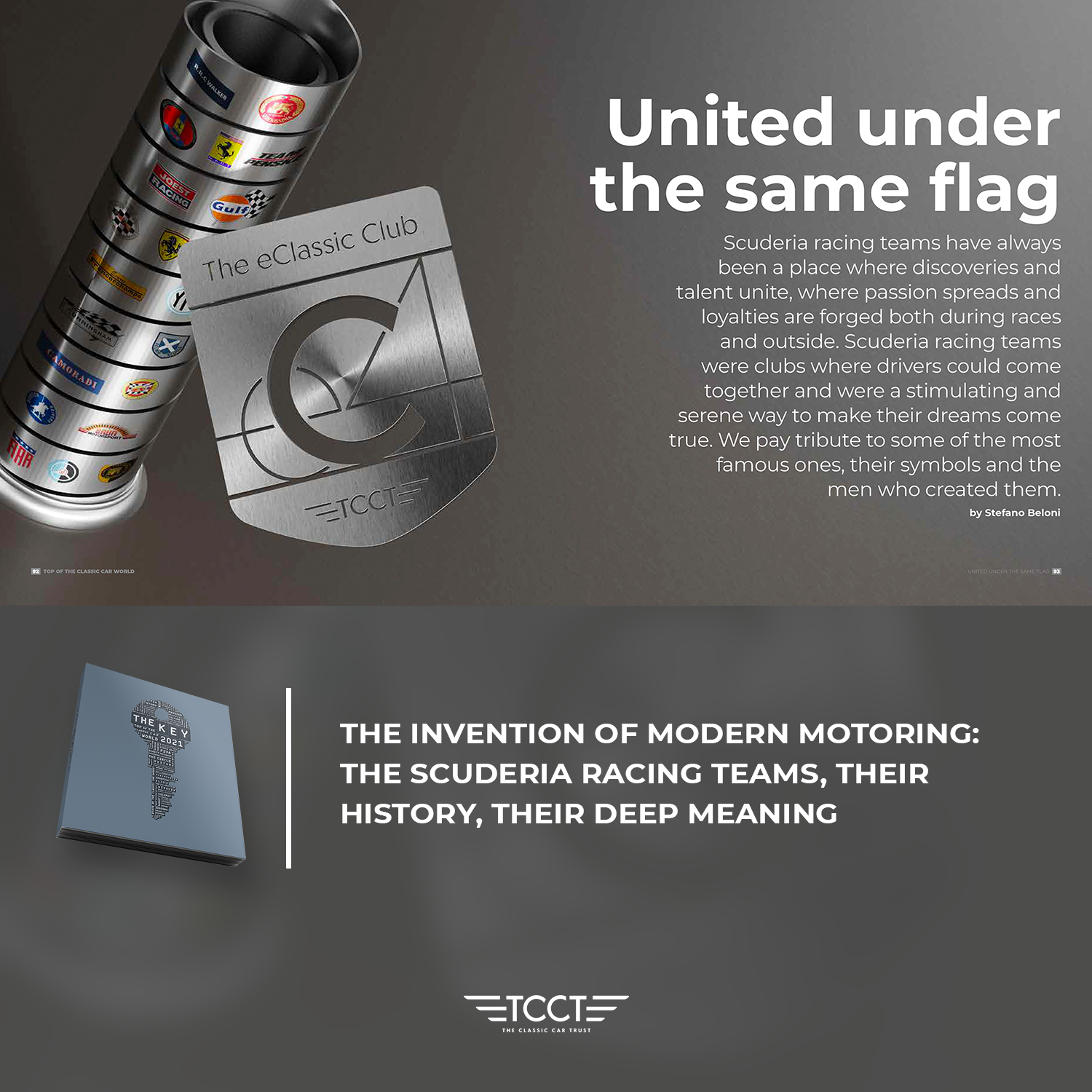 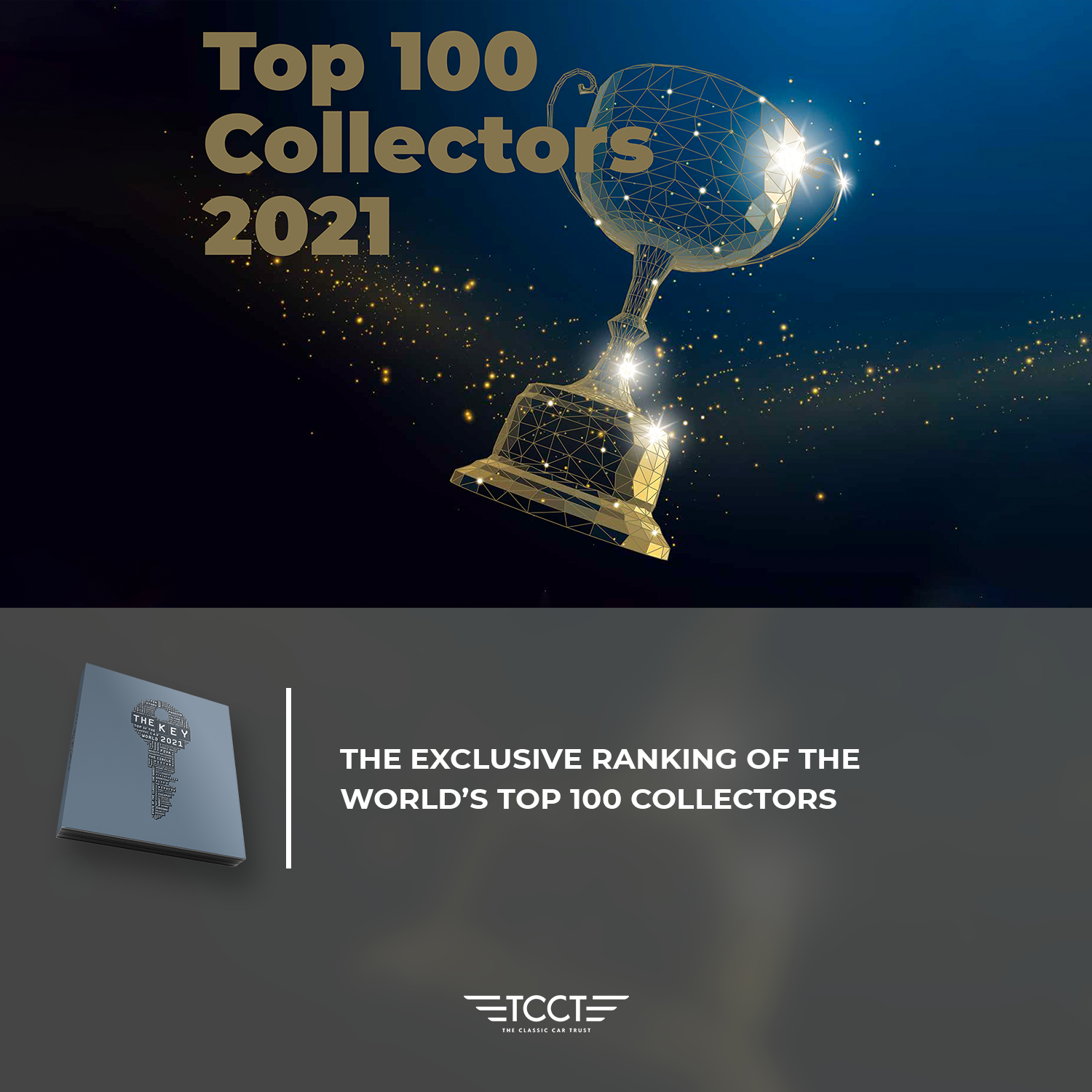 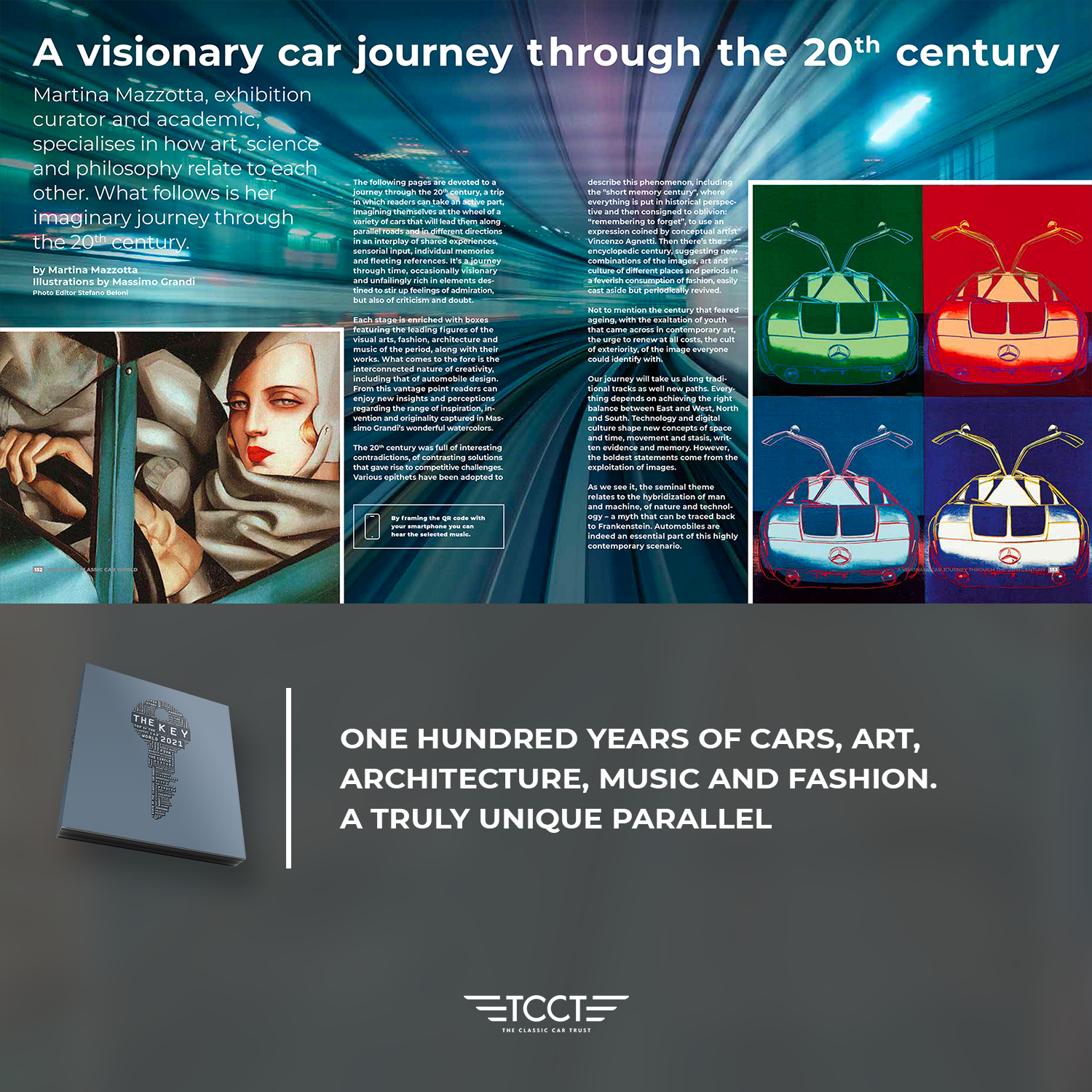 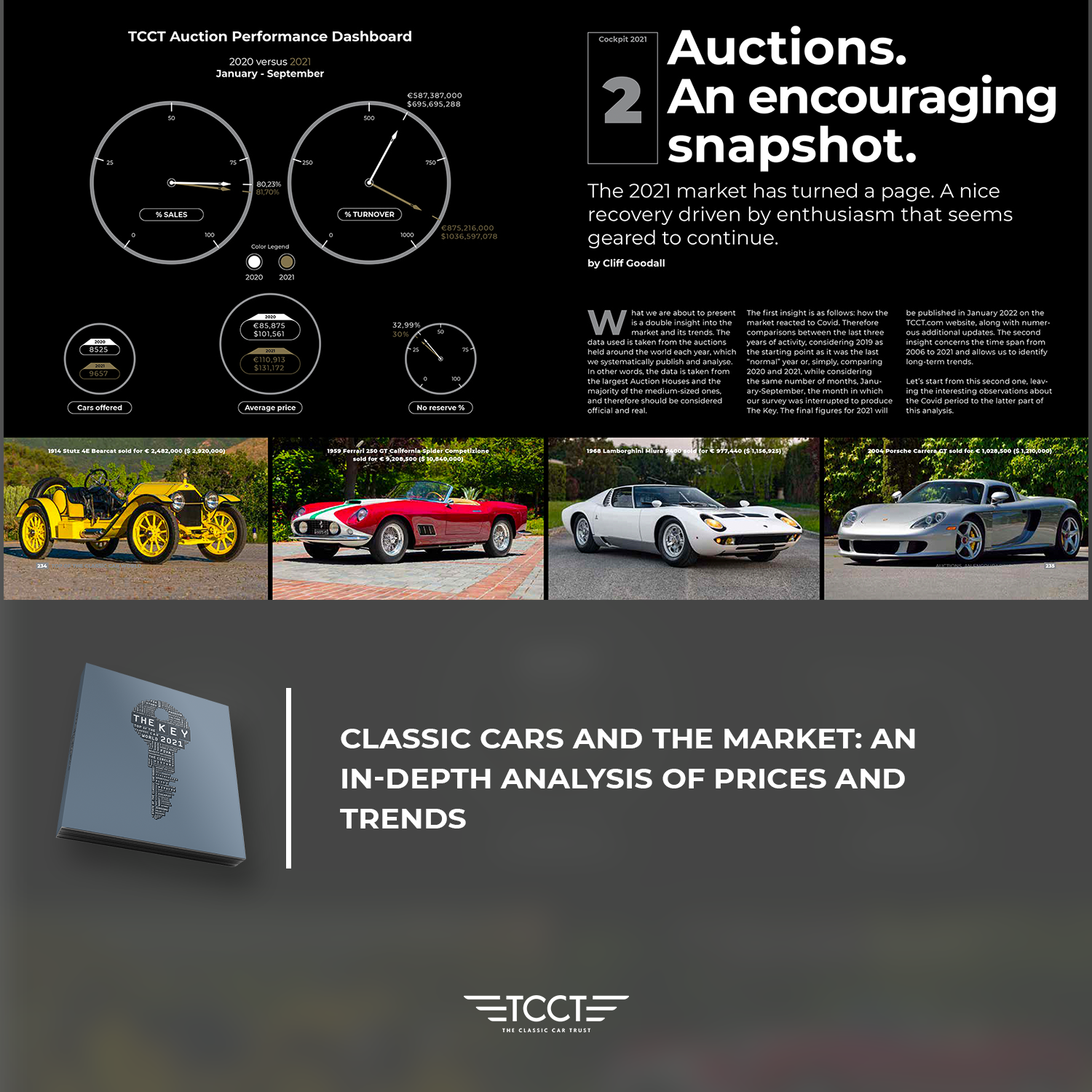 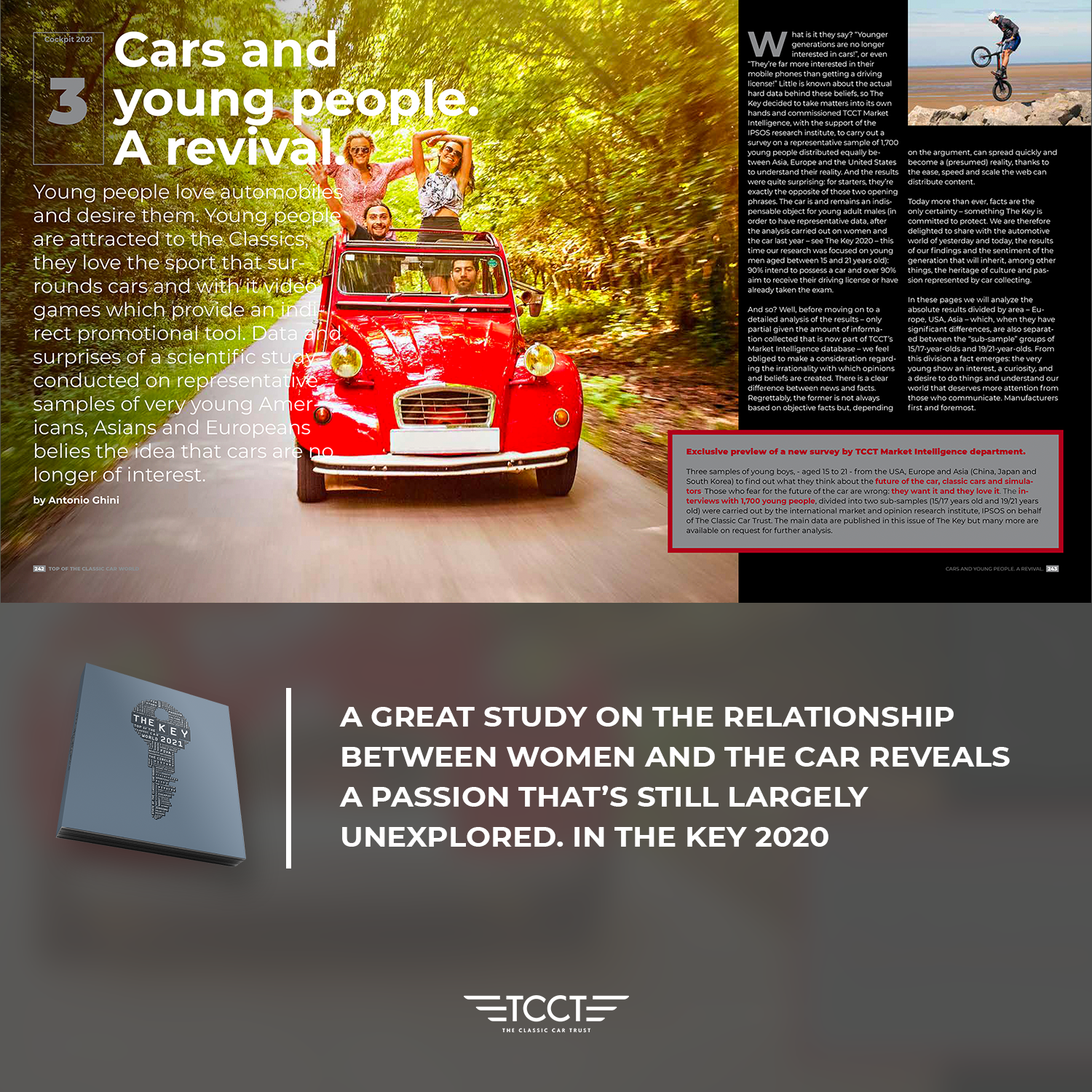 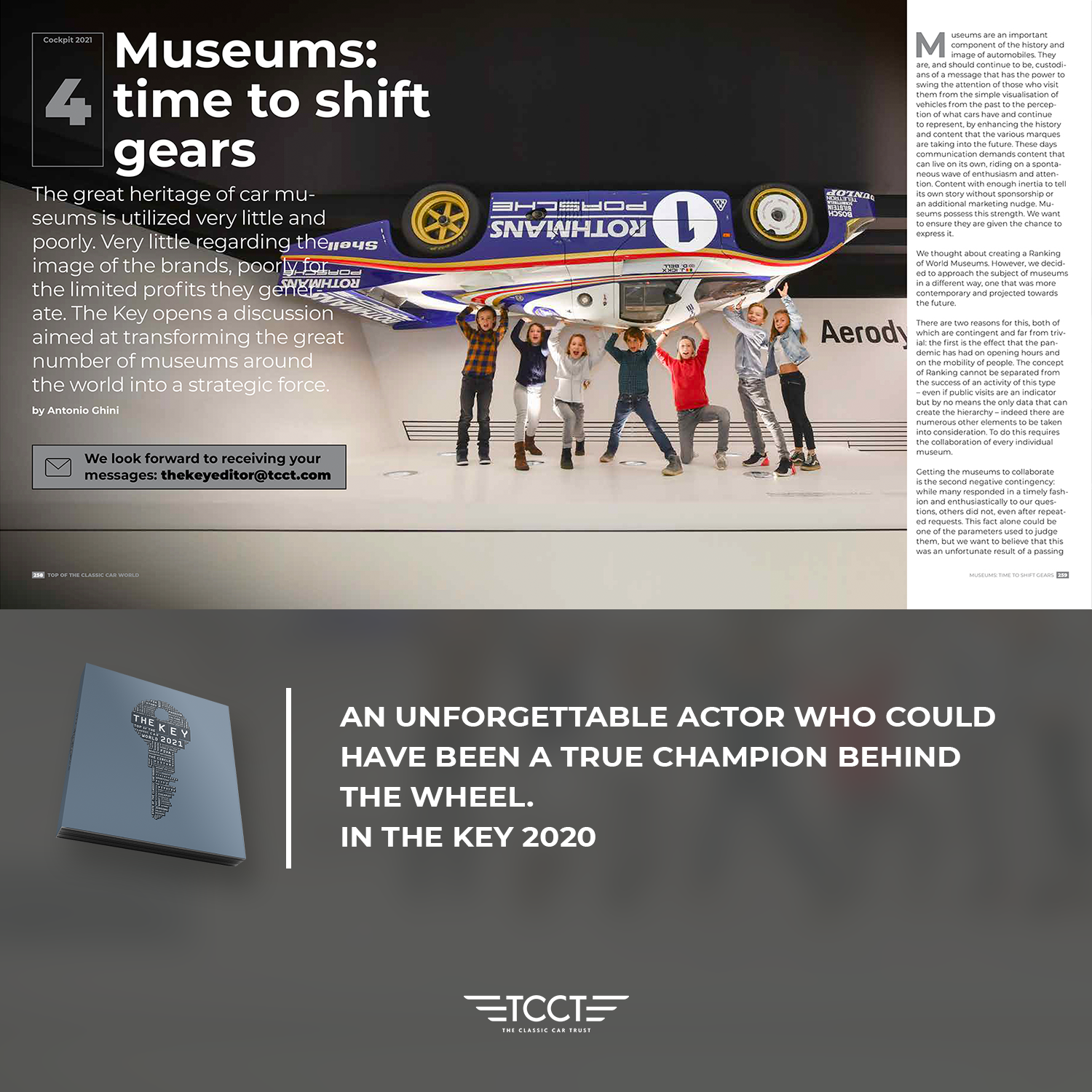