Here we are talking about cinema and although some might object, that’s the reason we haven’t mentioned Magnum PI and Miami Vice. It makes sense but how can we forget these TV series that became part of the collective imagination thanks in no small part to models such as the Ferrari 308 GTS, the Daytona spider and Testarossa. In short, forgive us for this weakness! 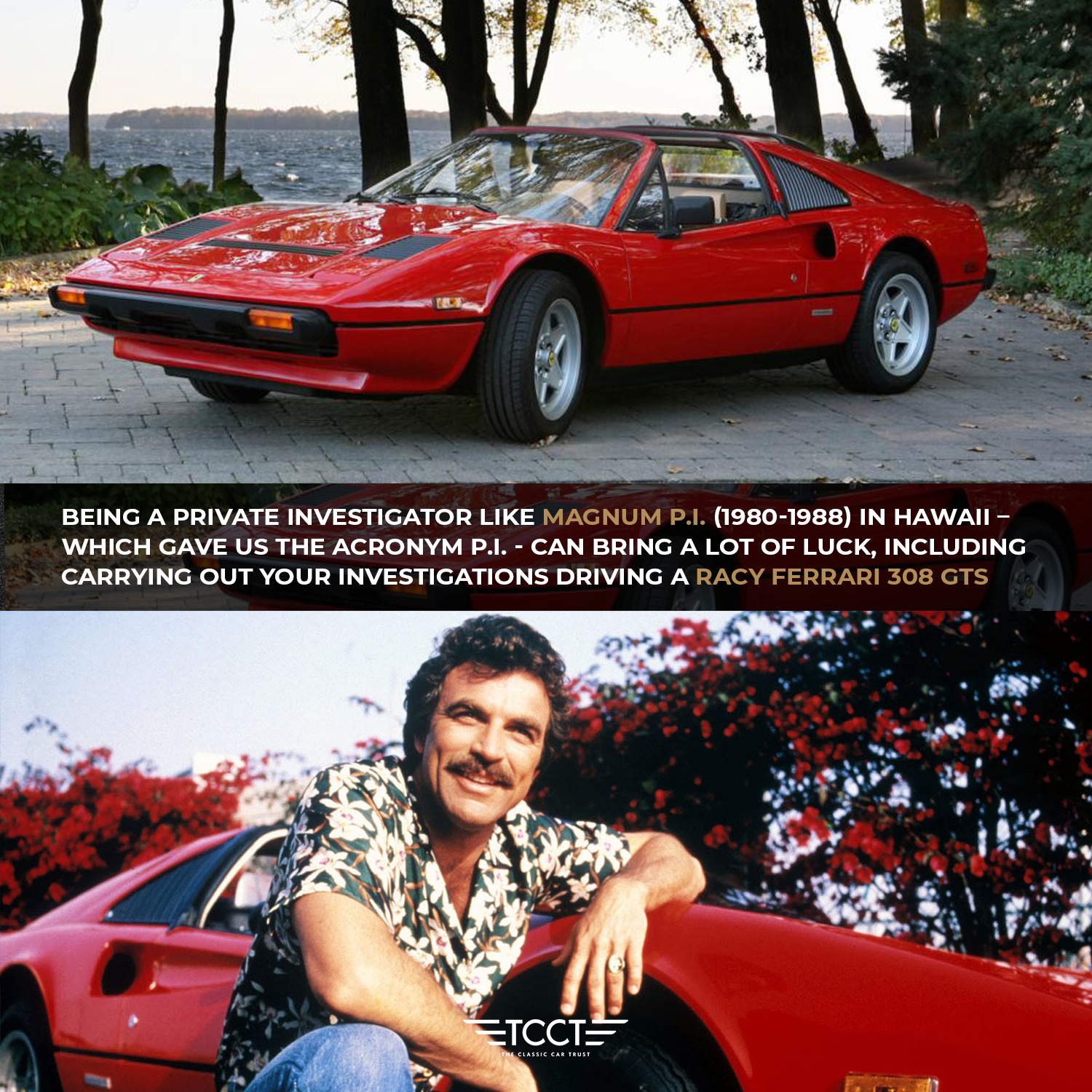 There are many films starring a Ferrari but some give us something more than others. It’s easy to appear on the map when the cars go wild like the F355GTS did in Fast and Furious or in Bad Boys where “the rossa” was a 550 Maranello. By the way, it’s normal to call all Ferraris “rossa”, no matter what colour they are, since they are all daughters of a particular racing world in which red means Ferrari. Just watch Le Mans, with Steve McQueen driving a Porsche 917 in a tireless battle against the red Ferrari 512 and 312PB. Then there are also movies based on more enjoyable arguments, like the crazy race from New York to Los Angeles to win an American gum distributor! Yet even in “The Gumball Rally” they didn’t mess around as the star was a Daytona spider. 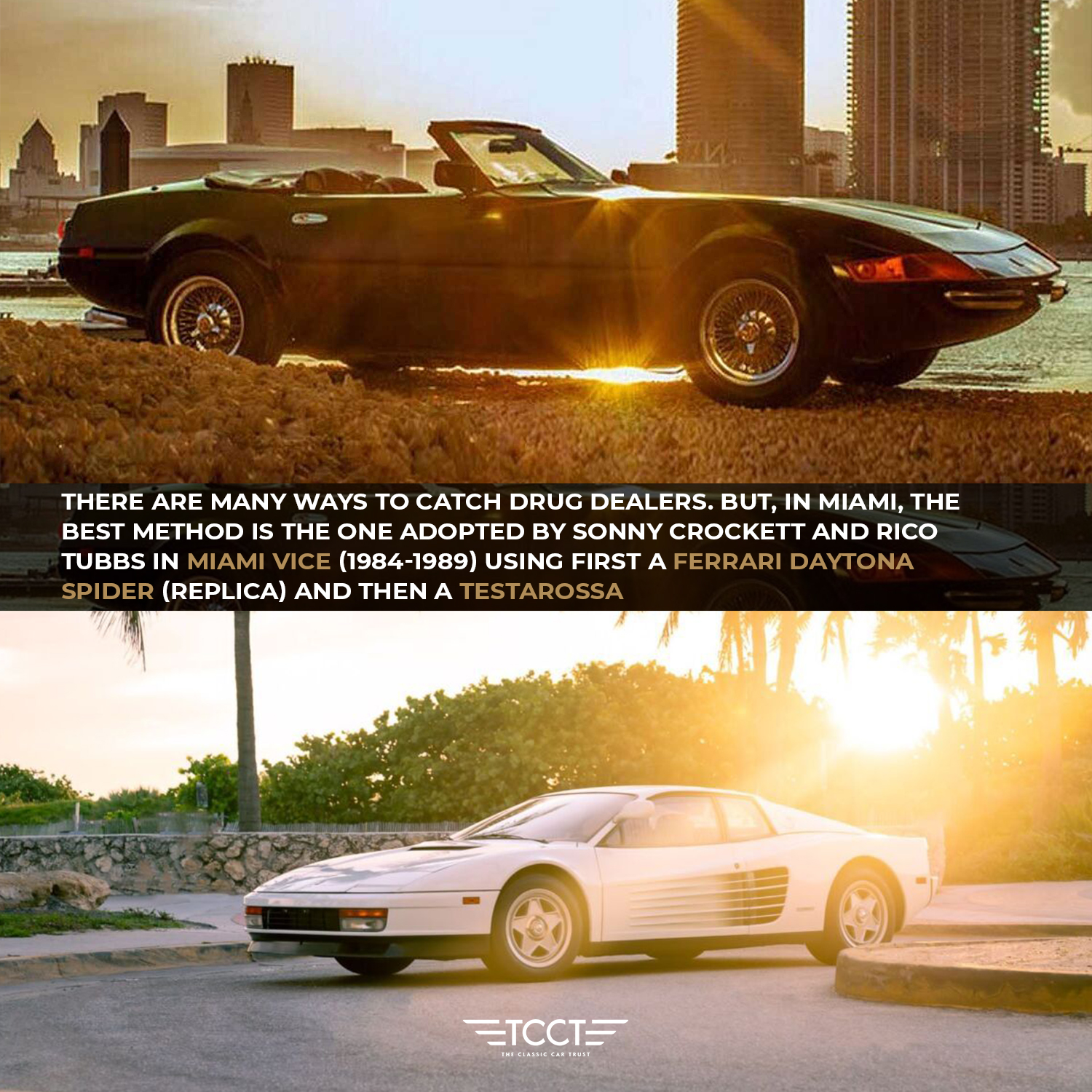 When the film is about teenage rebellion, nothing strikes a chord louder than a California 250, but it’s much better if it’s a replica. Authentic, very authentic, was the F430 in Cars: when it begins to talk – that’s right, in that masterpiece, the cars have eyes and speak – we quickly understand the voice belongs to Michael Schumacher. Yep, Michael who cameos himself to make children and adults dream. 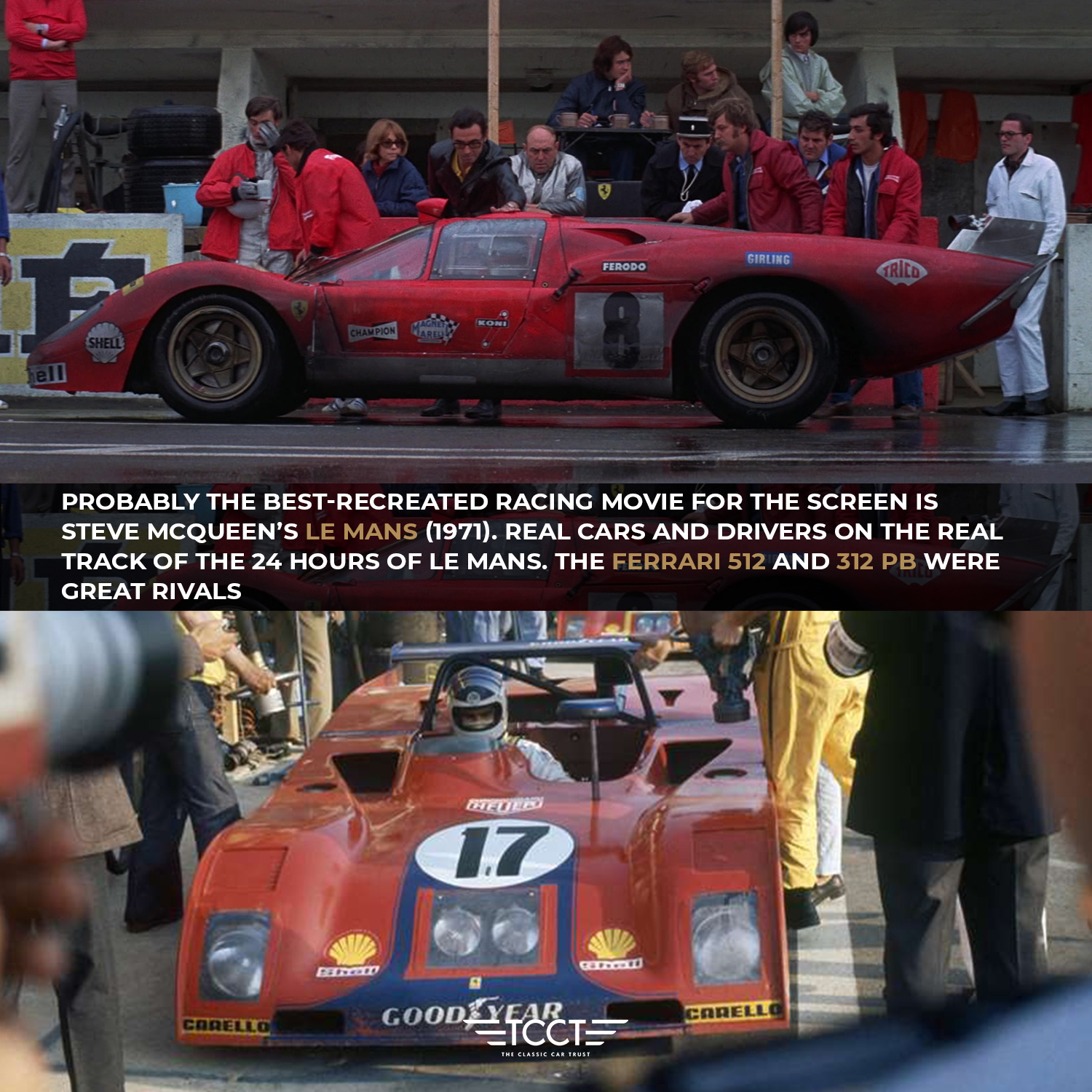 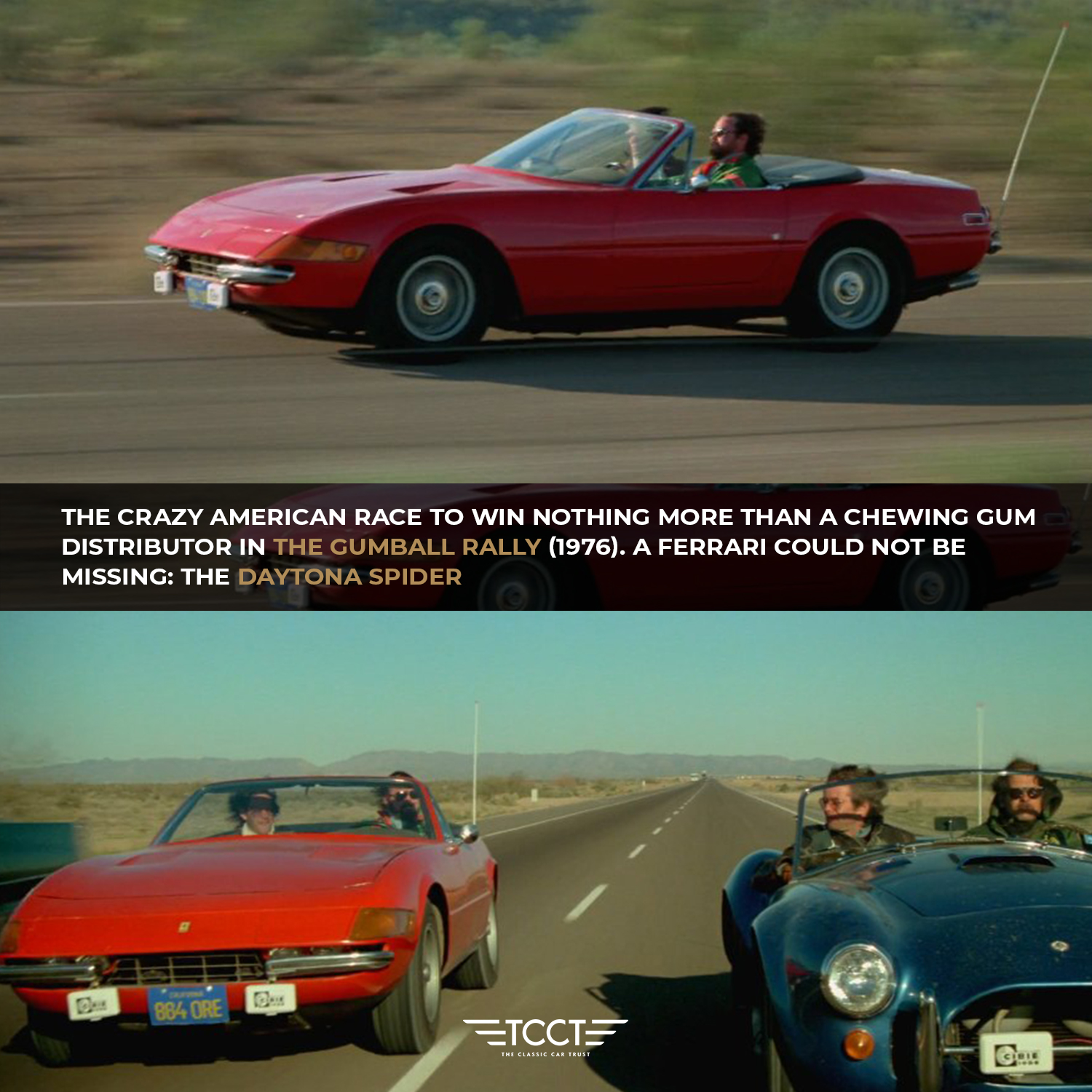 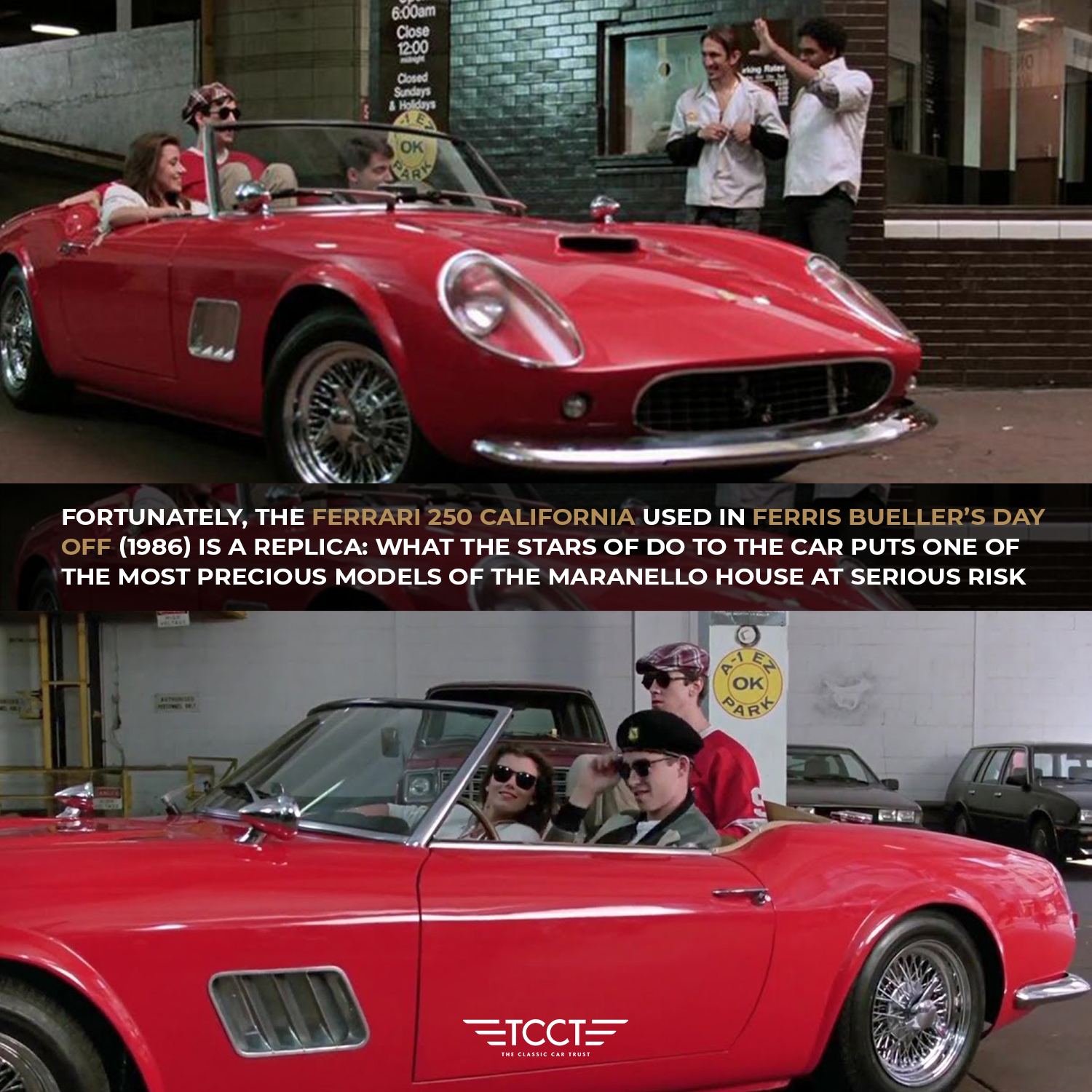 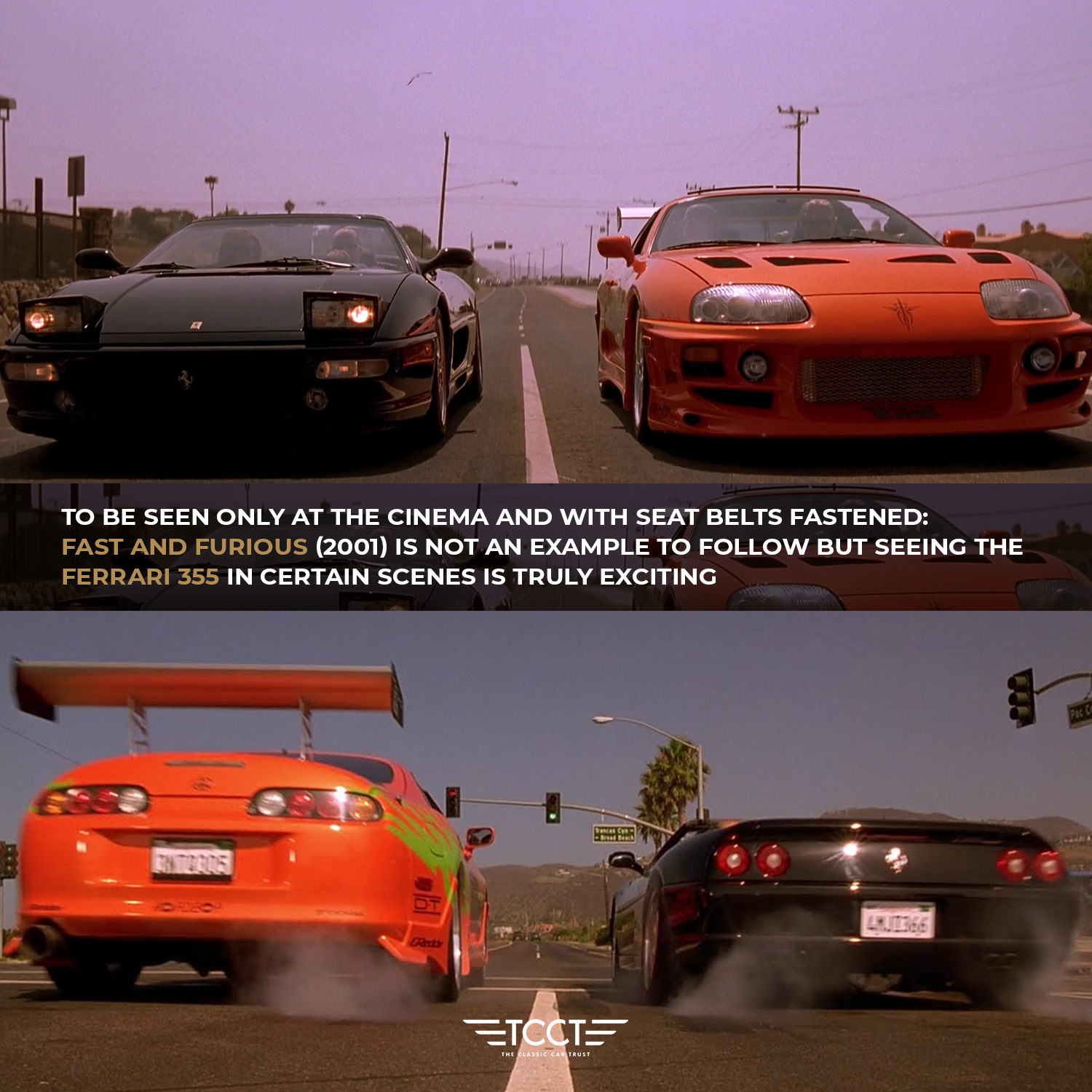 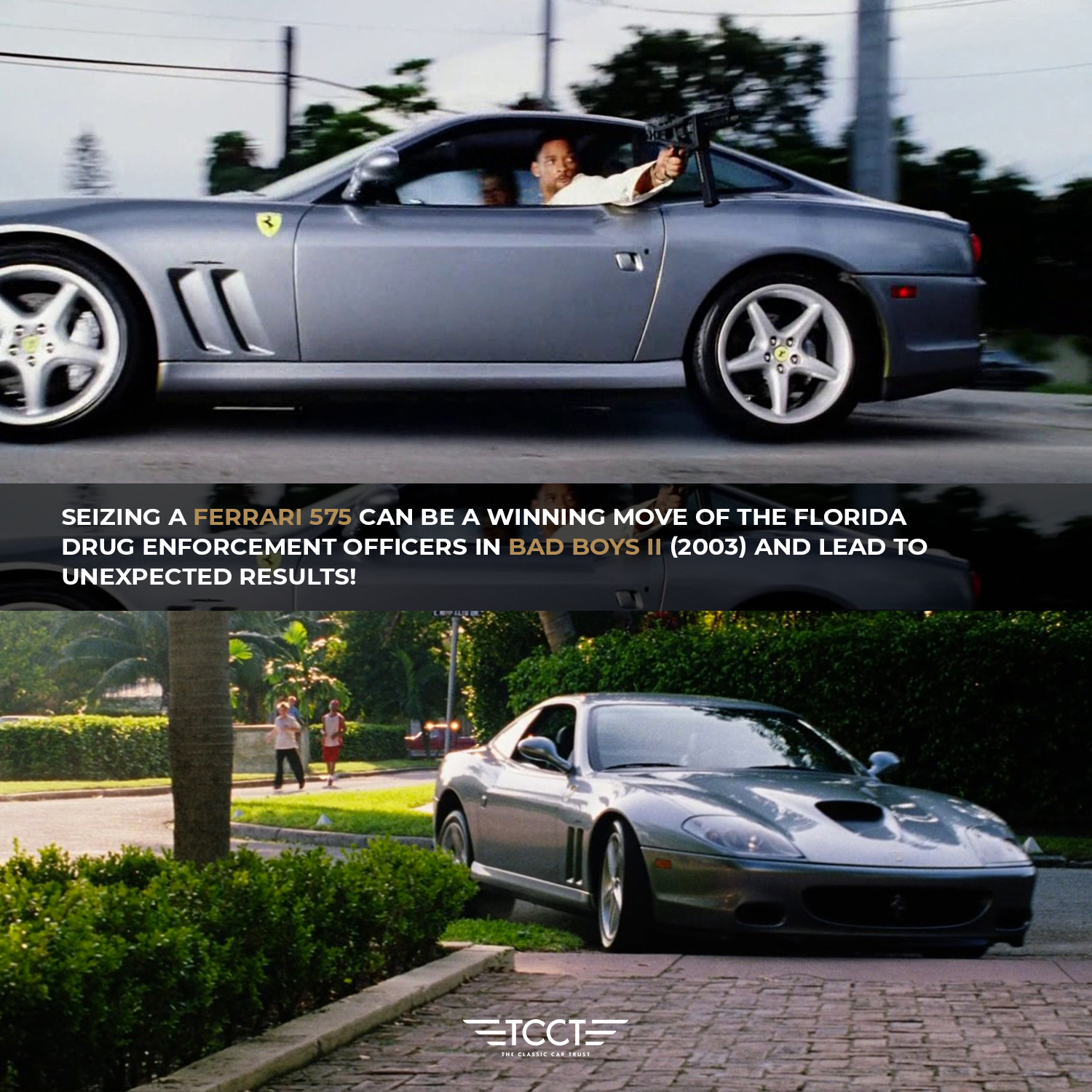 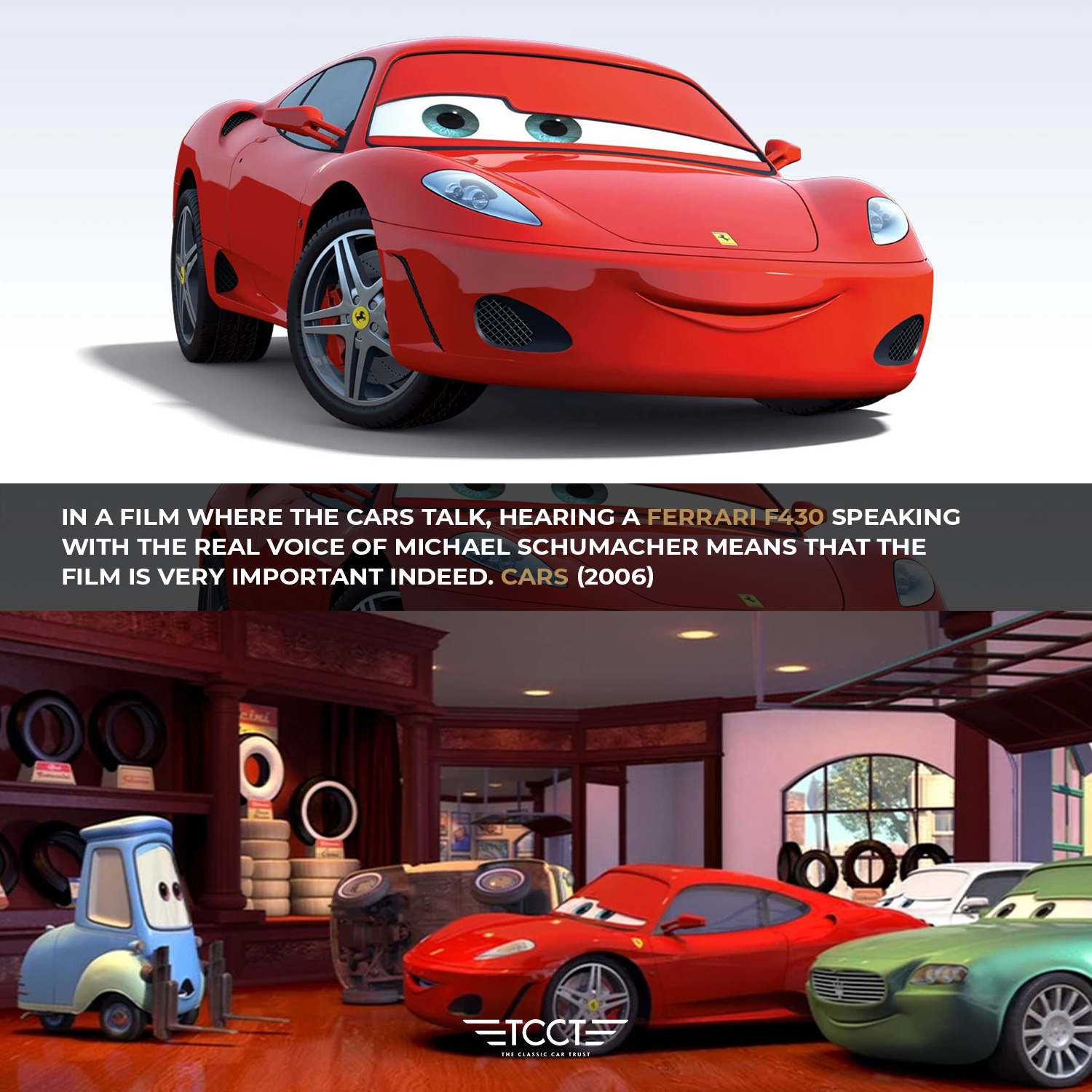 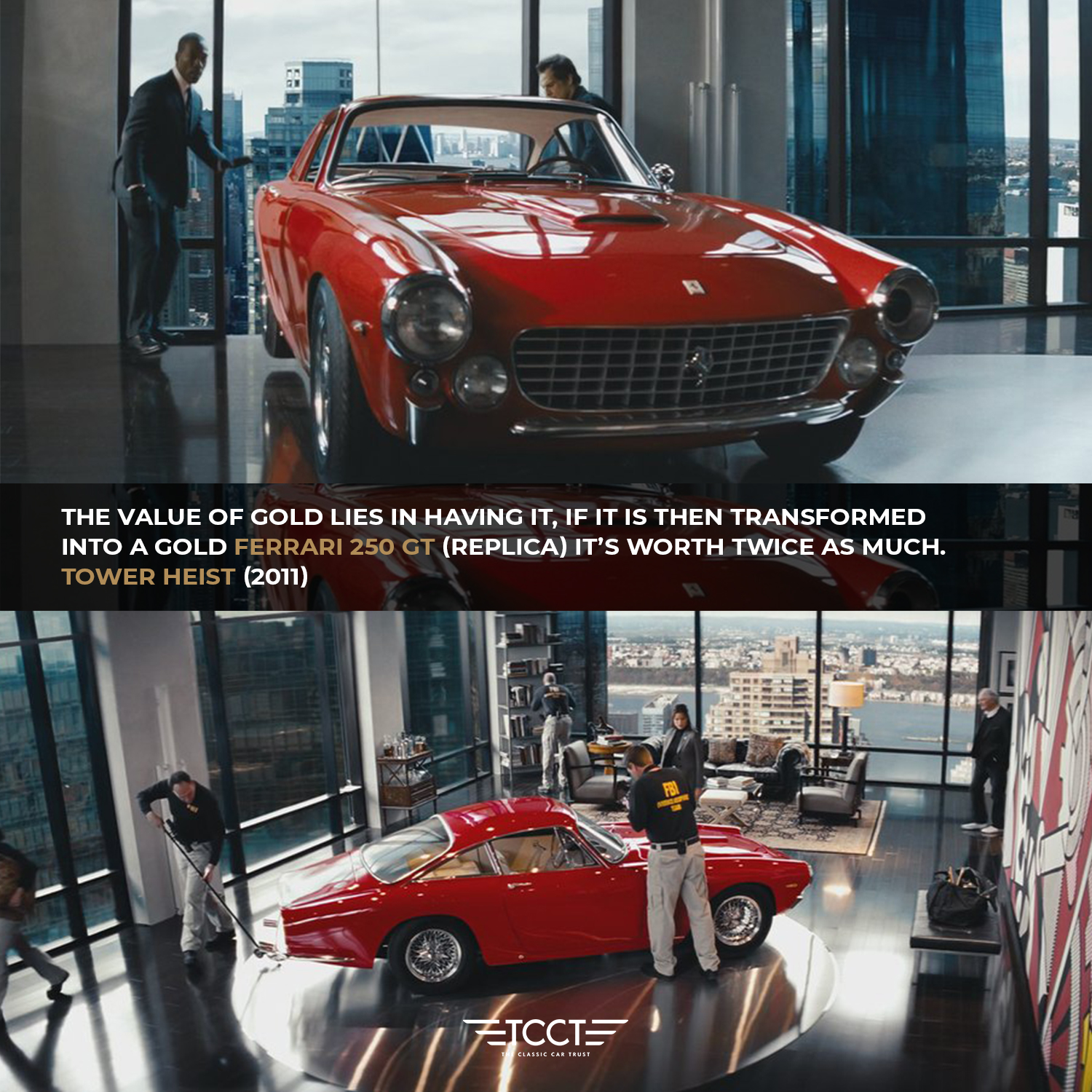