What’s the other side of Ford on the silver screen? The side that’s home to the victories at Le Mans with the GT40 in “Ford v Ferrari” or the Mustang with which, after racing in the Monte Carlo Rally, Jean-Louis Trintignant drives to Deauville without even sleeping to find his beloved Anouk Aimée, in “Un Homme et Une Femme” [A Man and a Woman]? 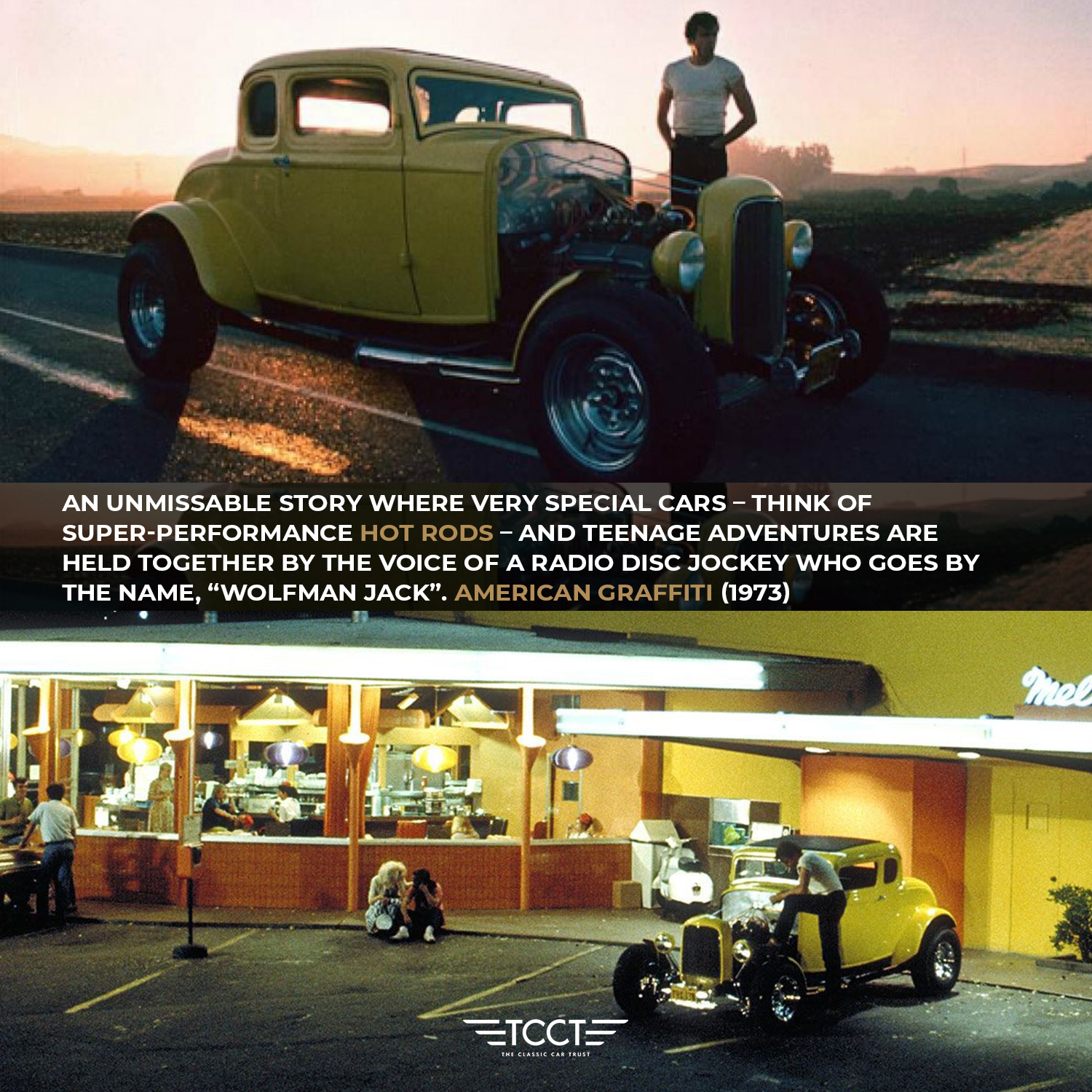 Or maybe it’s the Explorer used by the intrepid rangers in Jurassic Park, or the yellow hot rod in American Graffiti without ignoring John Travolta’s dreamy futuristic car in Grease?

It’s all this and much more: think of the magnificent elaborations of celebrated models unleashed on the trail of unassailable enemies, such as Mad Max’s Falcon and the Mustang in Transformers?

Another Mustang, another film, this time the magnificent example in the American white and blue racing livery used in the video game that became a movie, “Need for Speed”.

But it’s not over yet, as there are some pure fantasy moments with Fords inspired more by imagination than reality. 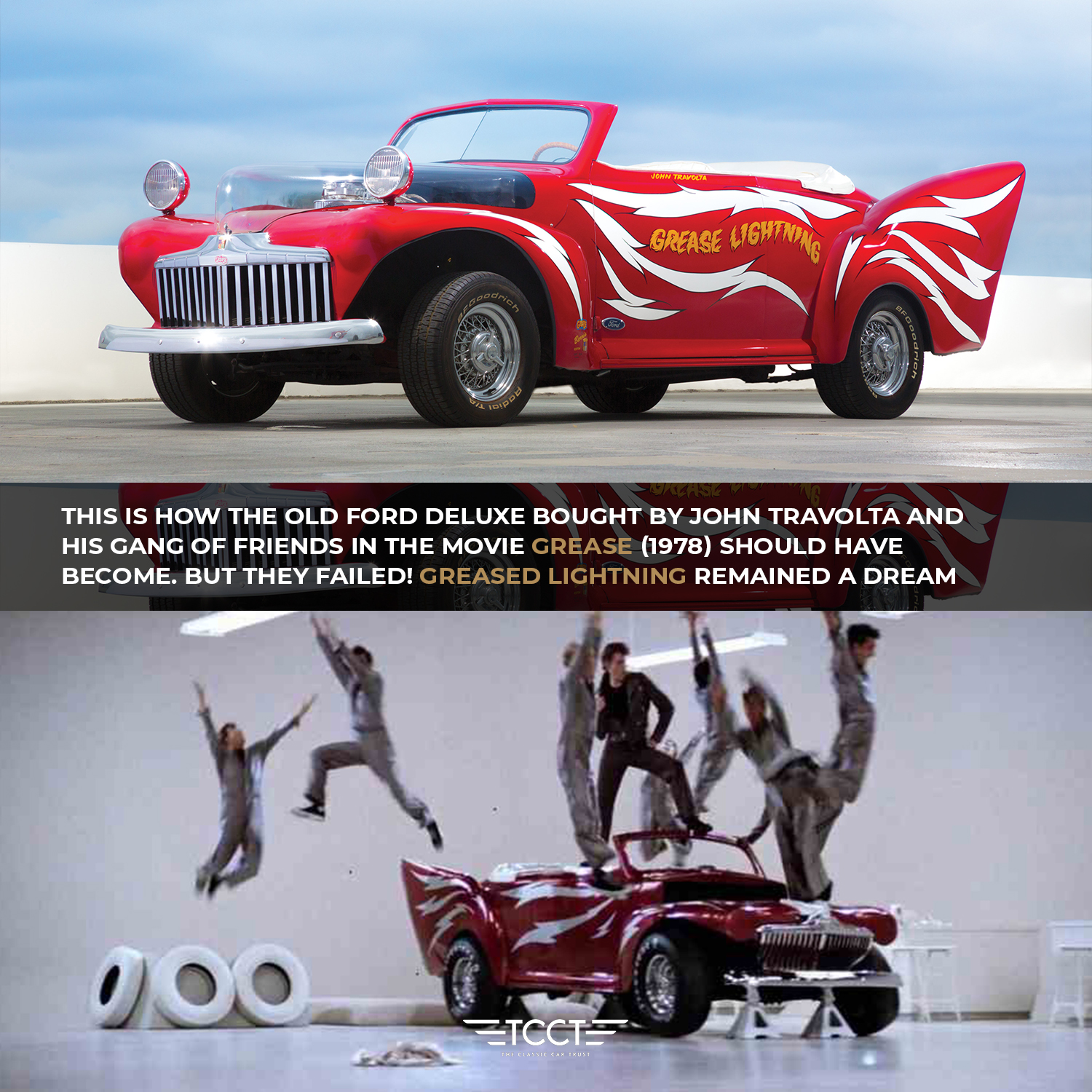 Without getting to the pink car created for Thunderbirds, seeing Elvis Presley behind the wheel of the outlandish “Mongrel T” masterpiece made by hot rod king George Barris, in “Easy Come, Easy Go” is certainly a delight that’s not easy to forget.

And what about Porsche at the cinema? Well for that, you’ll have to wait for the next episode… 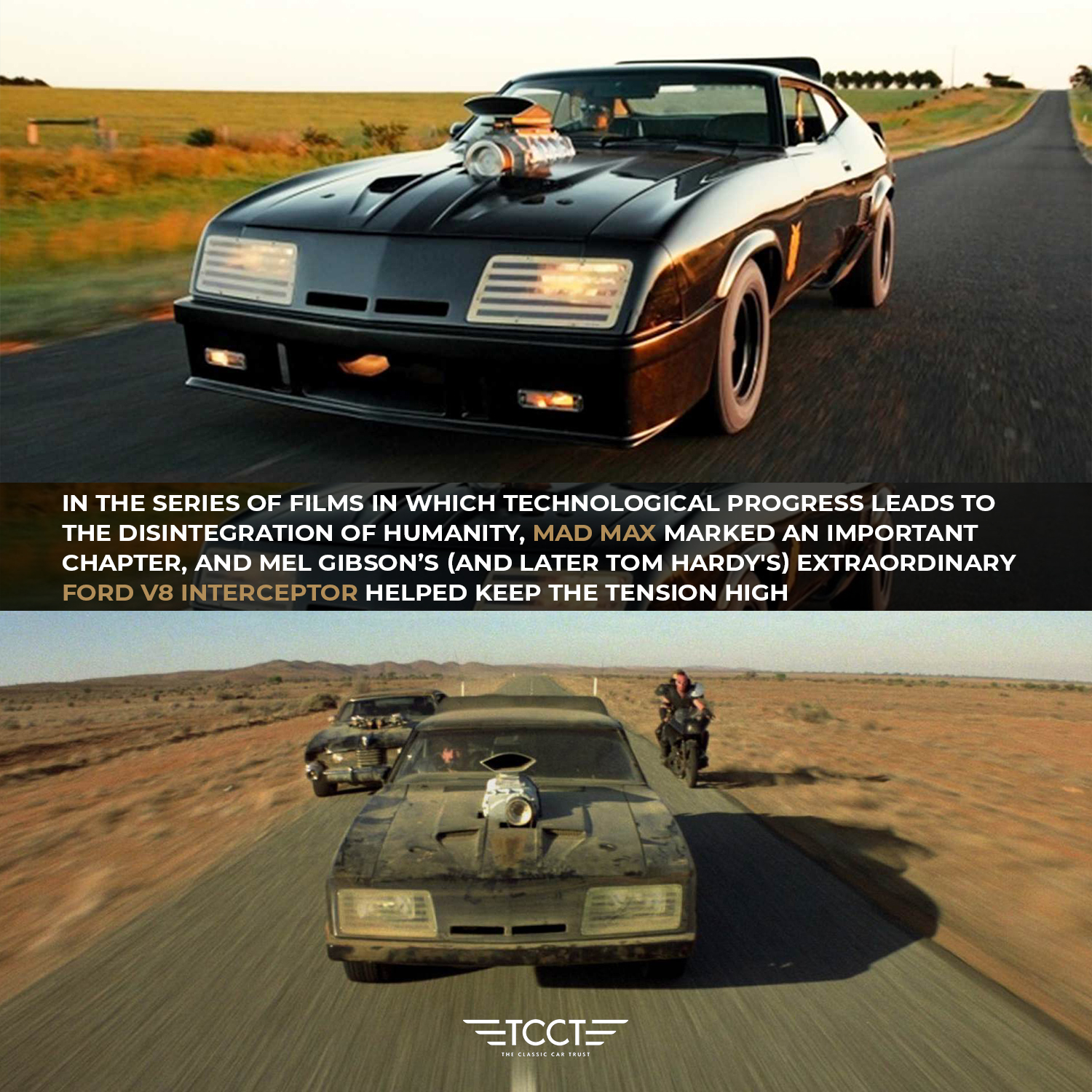 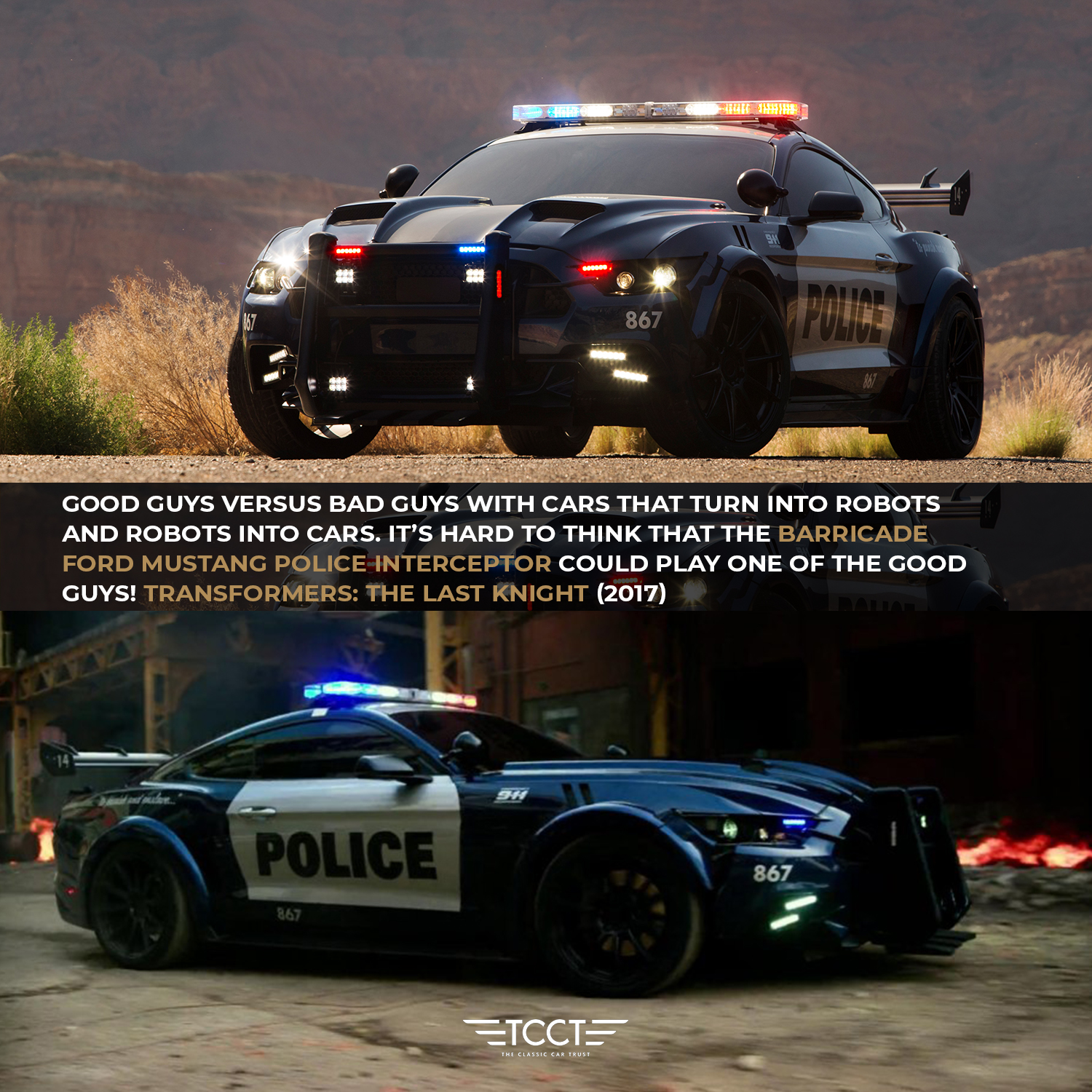 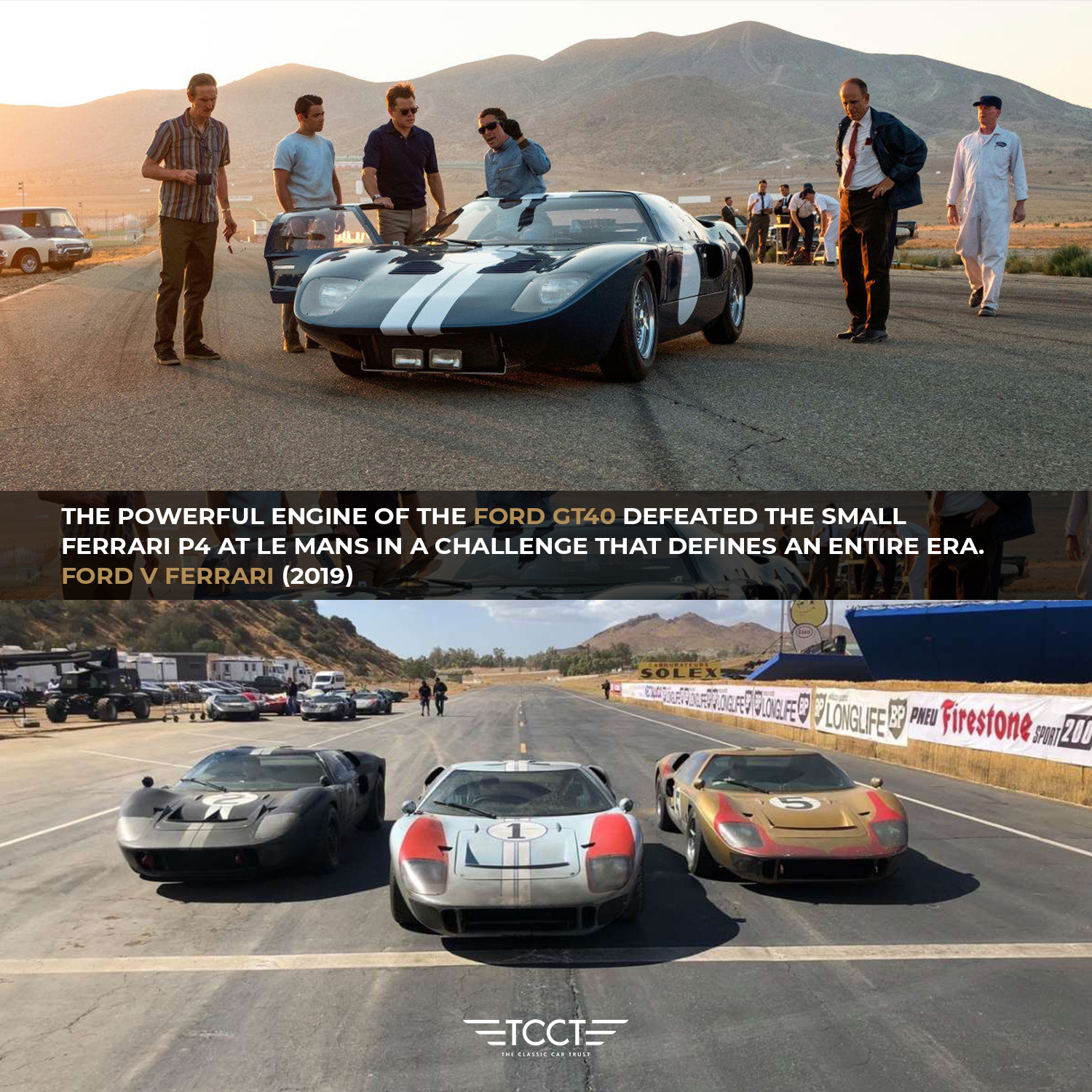 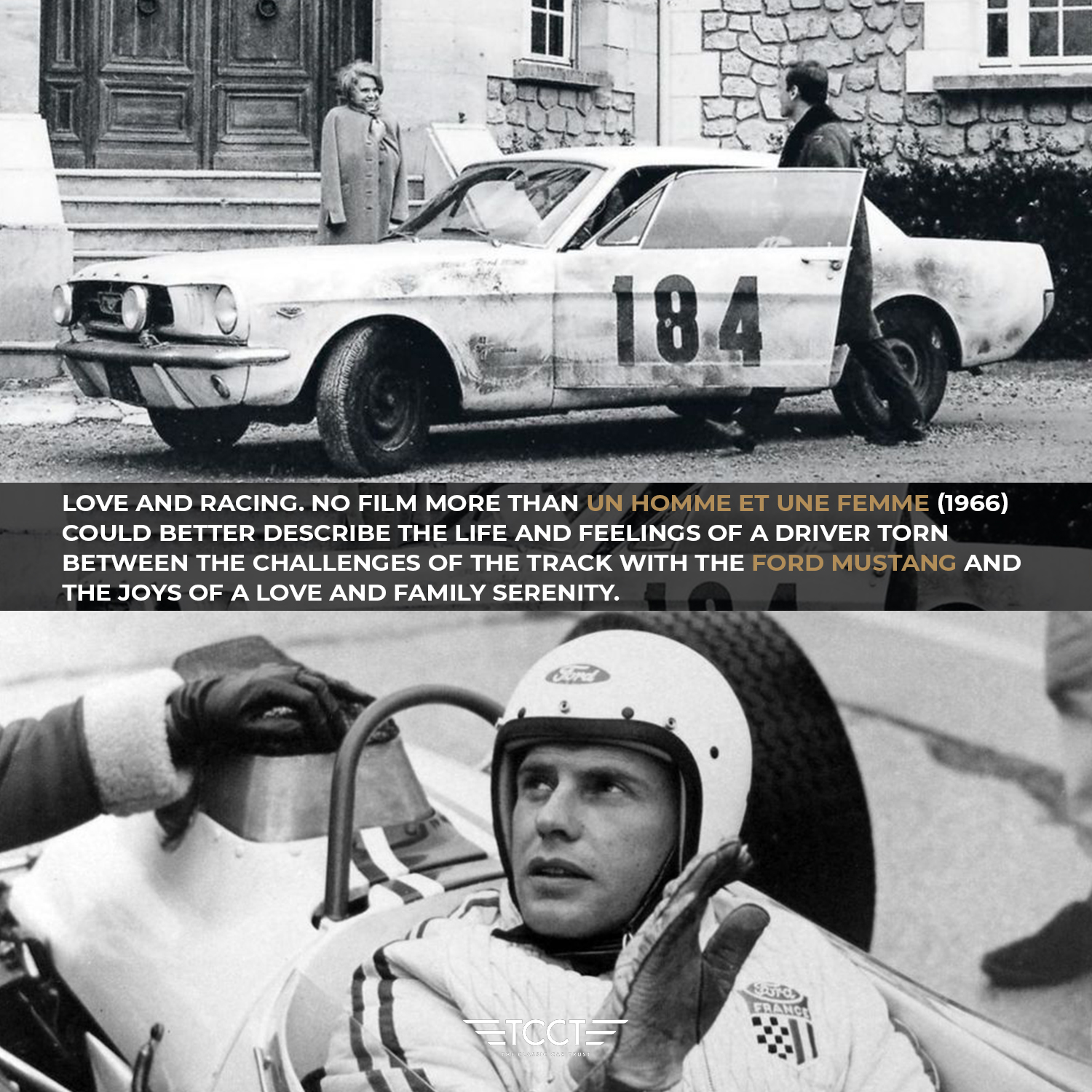 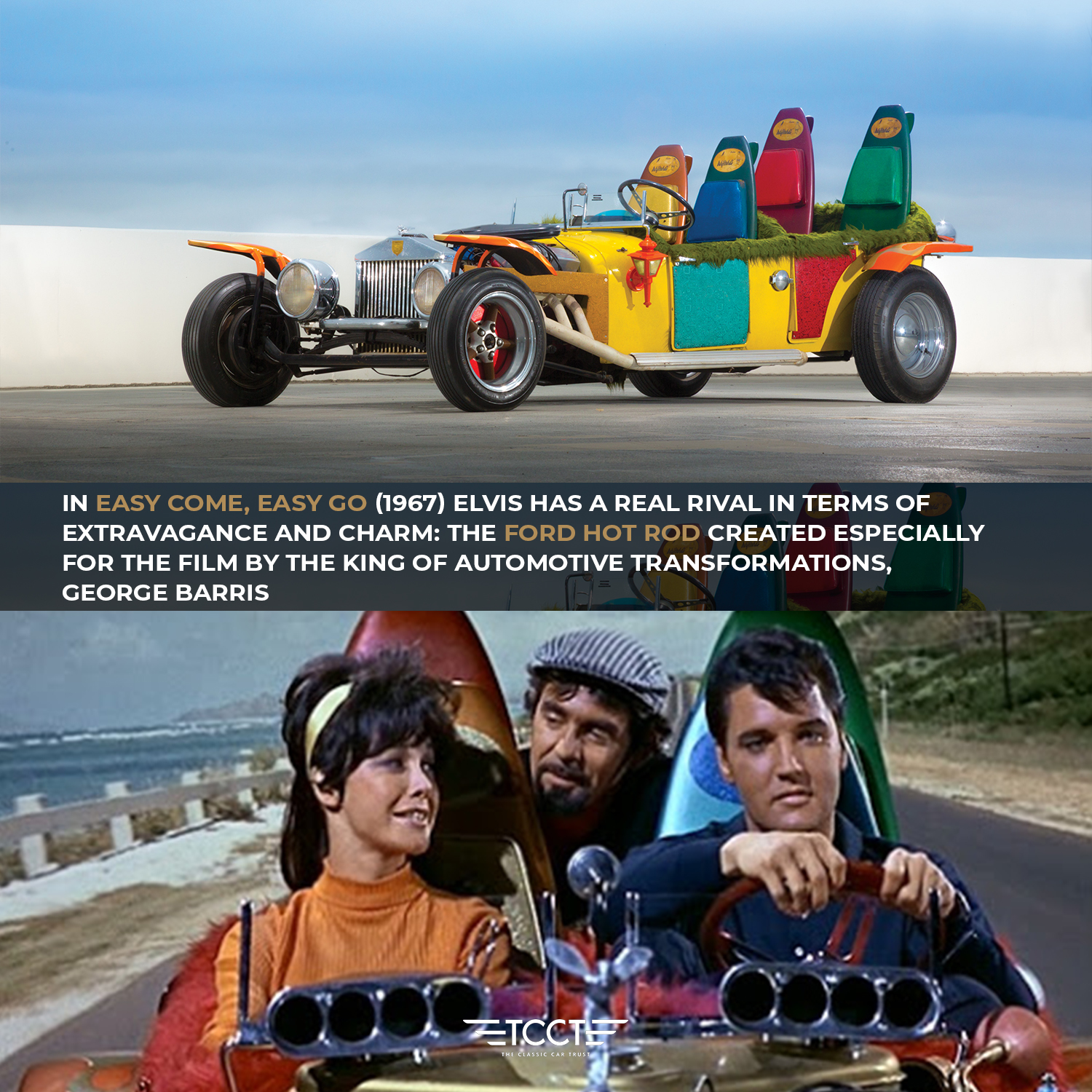 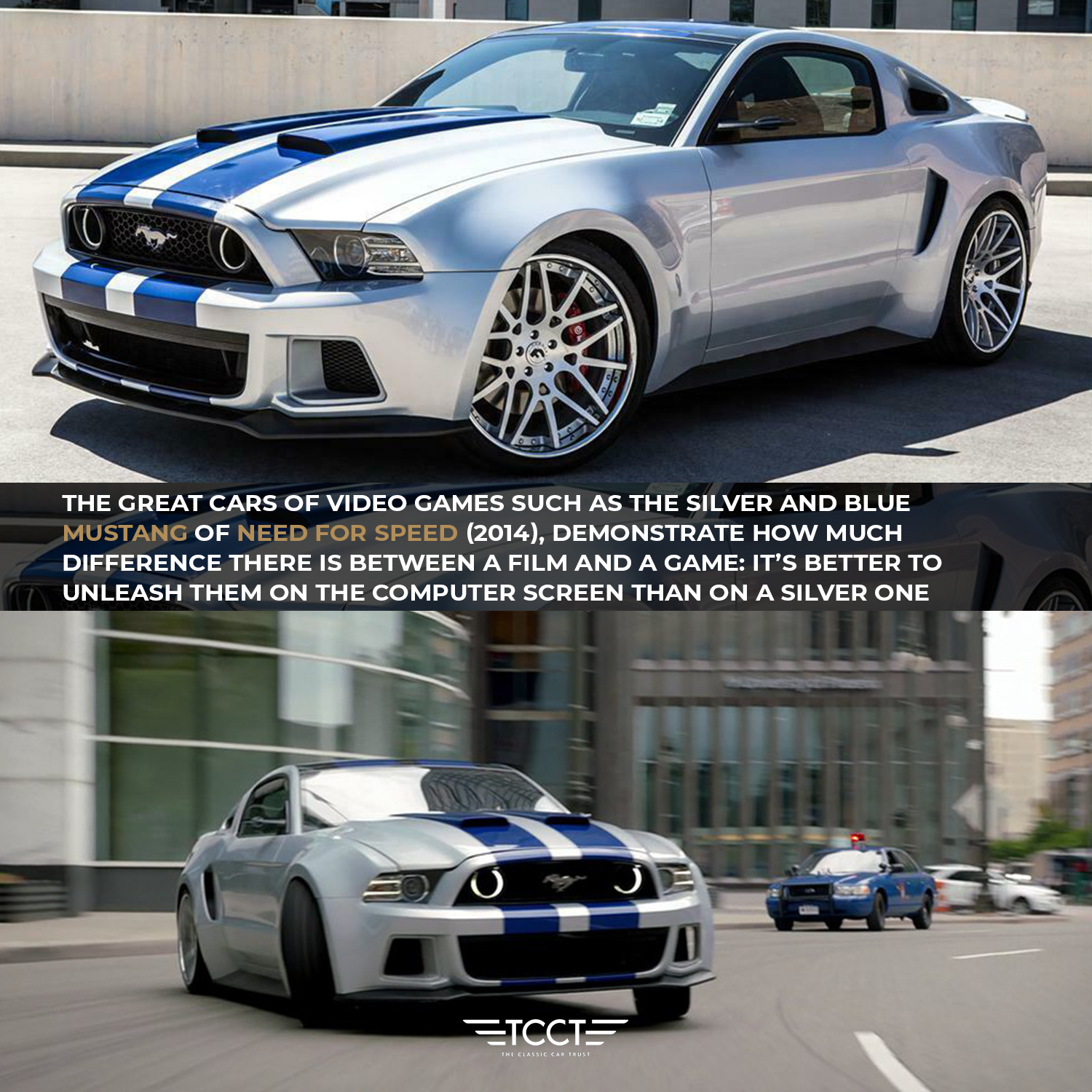