The MC20, the new mid-engined car tasked with taking Maserati towards a prosperous future, has recently been unveiled. This technical layout has not been seen in Via Ciro Menotti since the time of the Merak which went out of production in 1982 and has now been re-proposed with a new 3-litre twin-turbo V6 powerplant that goes by the name of “Nettuno” and is capable of pumping out 630hp. 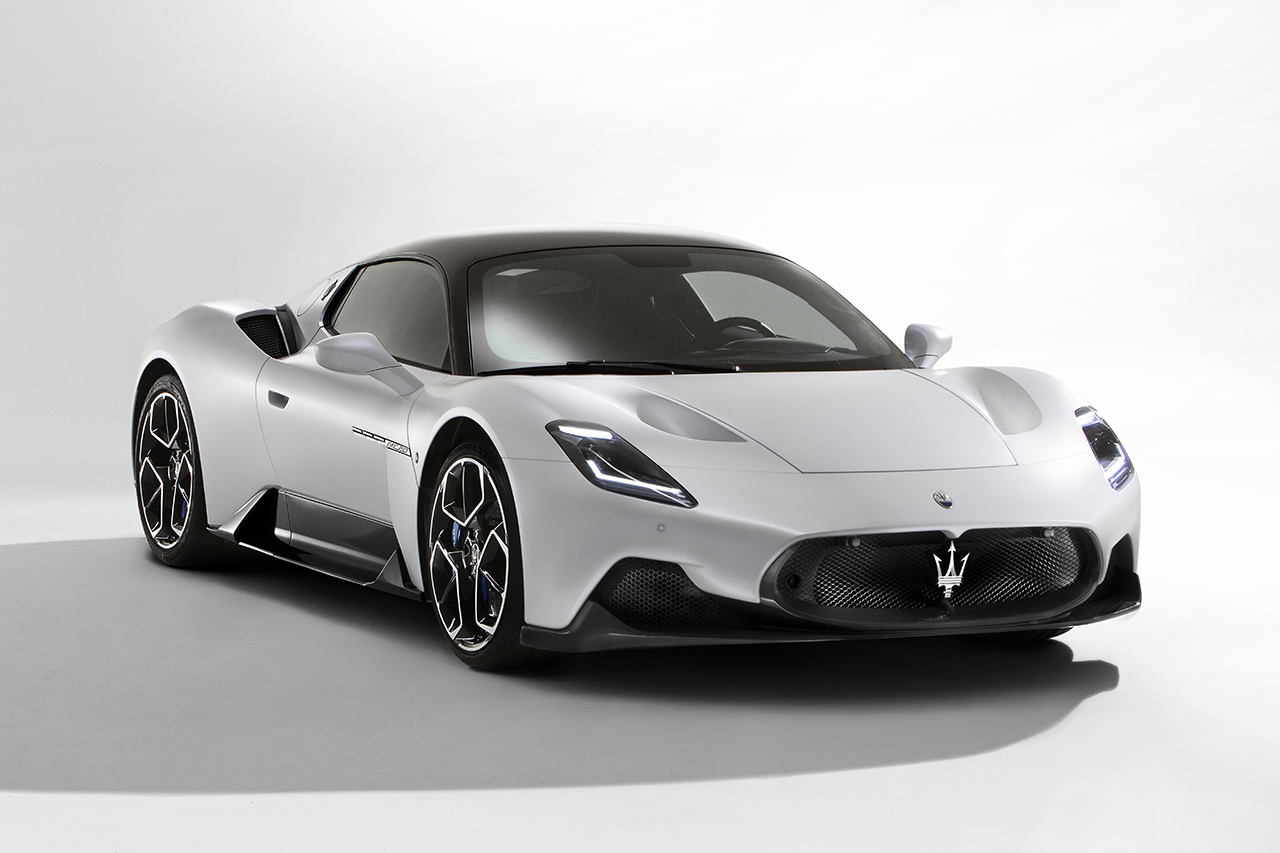 It is interesting to remember which Maseratis came out of the factory in this same configuration. 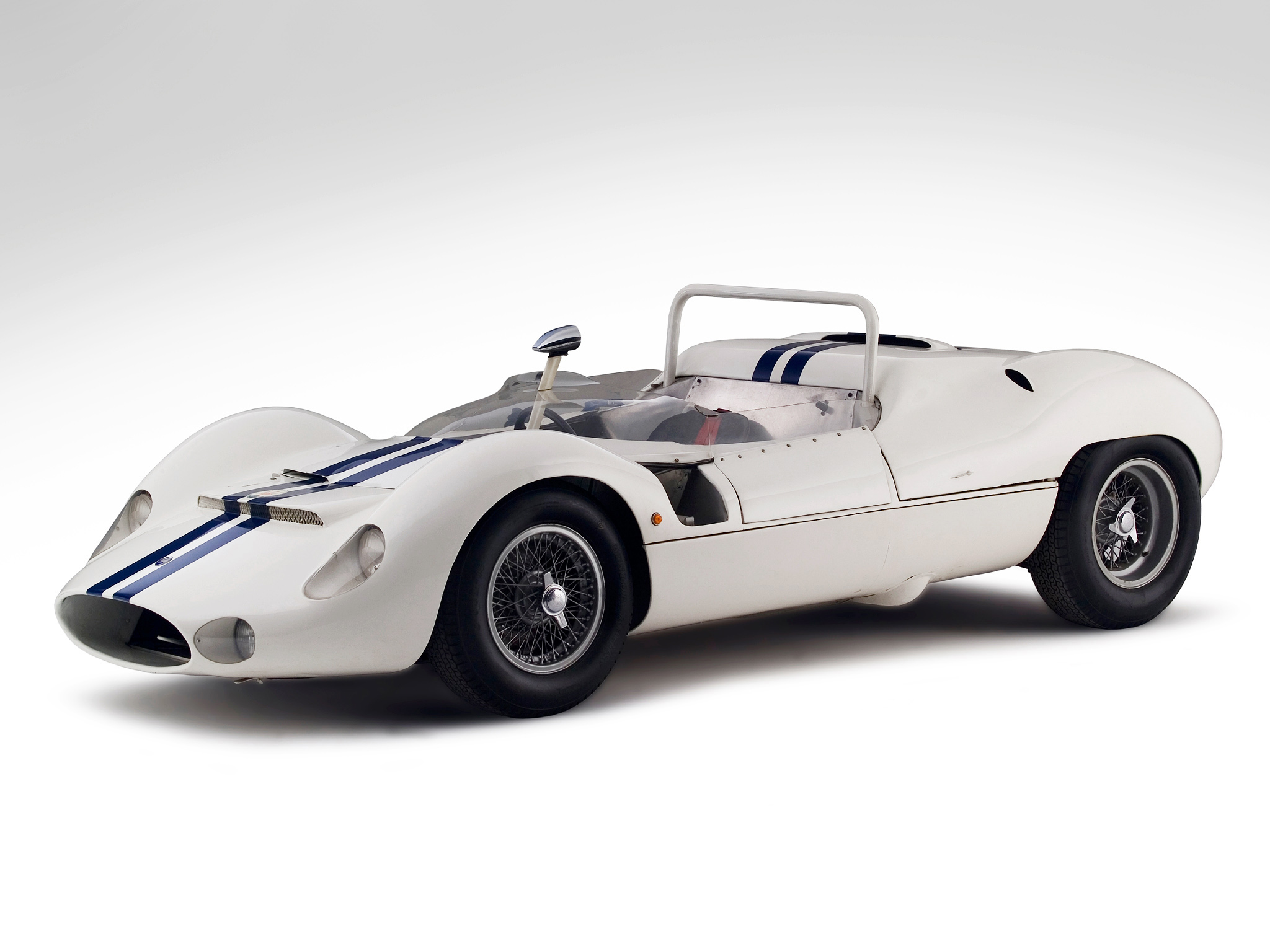 The successes of the front-engined Tipo 60 and Tipo 61 models, thanks to the financial clout of the American Lucky Casner, founder of Scuderia Camoradi (Casner Motor Racing Division) in the typical white and blue motor-racing colour scheme, prompted the engineer Giulio Alfieri to raise the bar even further by designing the Tipo 63. The car retained the original sophisticated steel tube spaceframe – which gave it the name “bird cage” but, after debuting with a four-cylinder engine, it quickly switched to a V12 unit mounted immediately behind the driver. Seven cars were built in Tipo 63 and subsequently Tipo 64 guises. It was very competitive on the track but always suffered from overheating problems. In addition to fourth place at the Targa Florio and the 24 Hours of Le Mans, its best results were claimed in America. As well as the American colours, it also raced in red for Scuderia Serenissima. 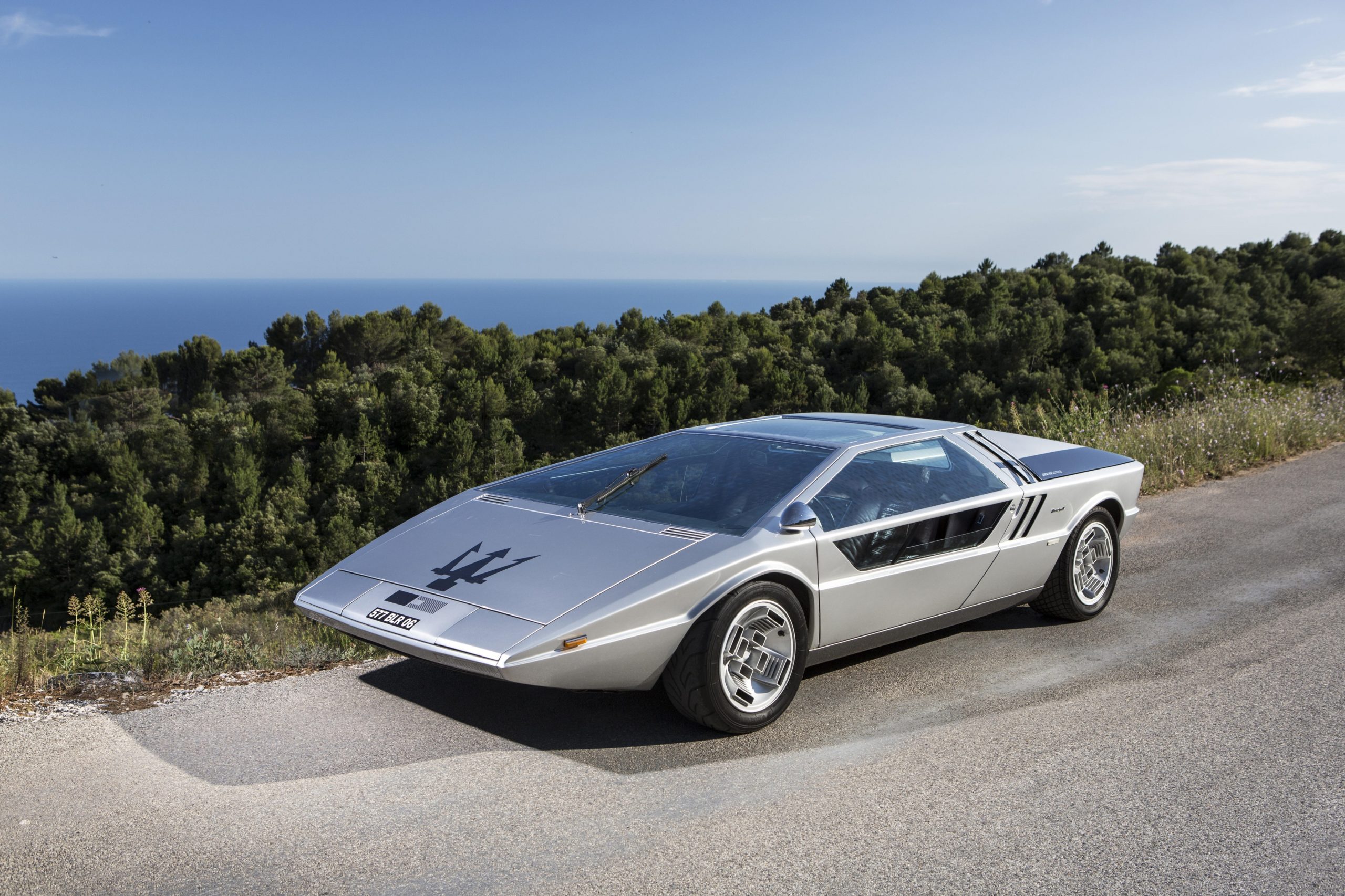 Presented at the 1971 Turin Motor Show, the Giugiaro-designed Boomerang was a one-off prototype built to explore and develop the “wedge” concept first introduced in a production model with the Bora. Renowned for its futuristic exterior, the interior was also revolutionary for the adoption of a steering wheel that featured integrated instruments. In 2015 at the Chantilly auction organized by Bonhams, it was sold for a record sum of €3,335,000. 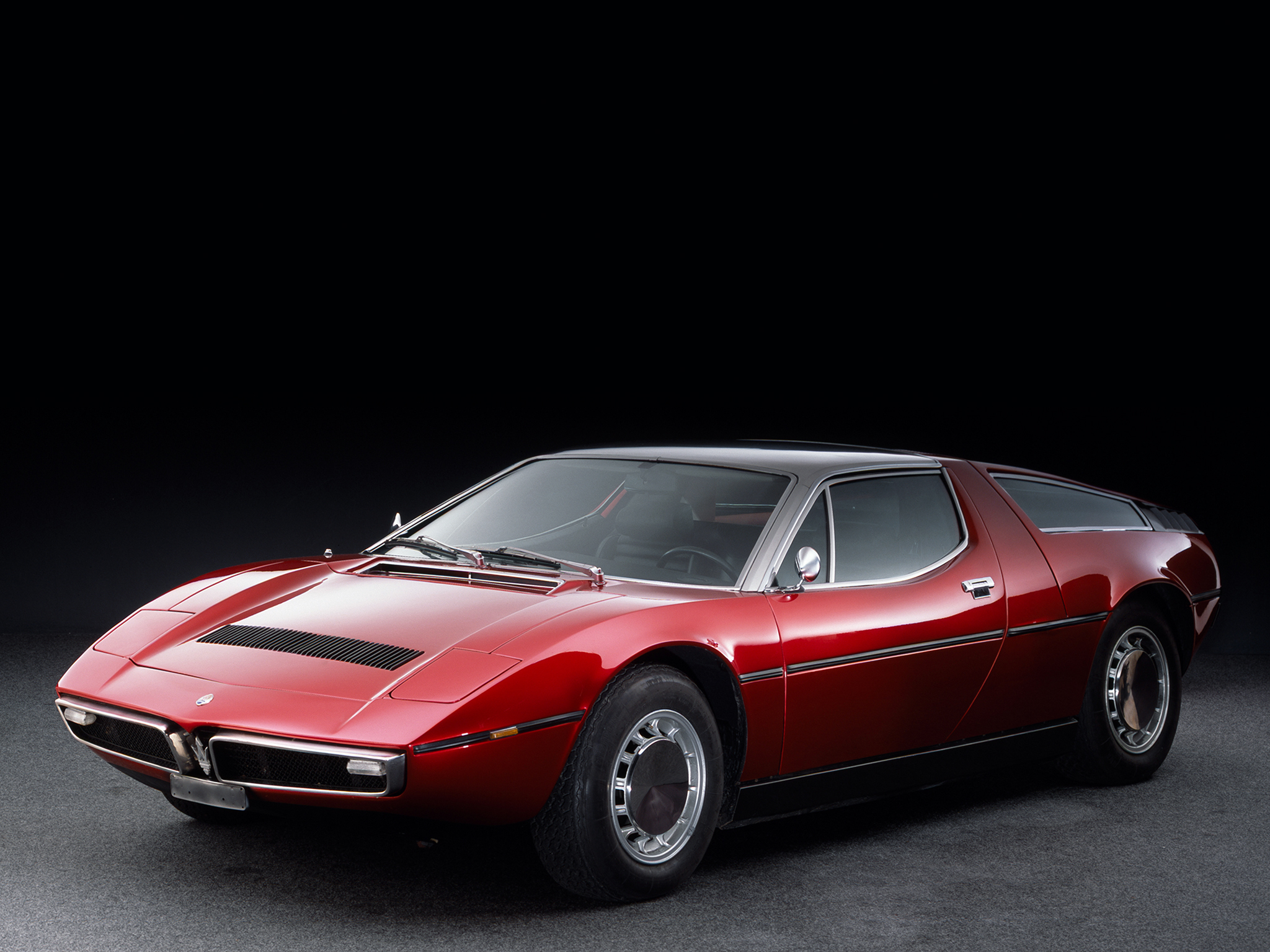 The Bora was one of the first projects after Maserati was bought by Citroën in 1968. The style was entrusted to Giugiaro’s newly-opened Italdesign, which was tasked with the challenge of uniting the mid-engine layout with the comfort and space of a GT. Comfortable and relatively quiet compared to its rivals of the time, it was initially equipped with a 4.7-litre V8 engine producing 310hp, which subsequently grew to 4,930cc in 1975 with an increase in power output of about 10hp. A total of 524 examples were produced. 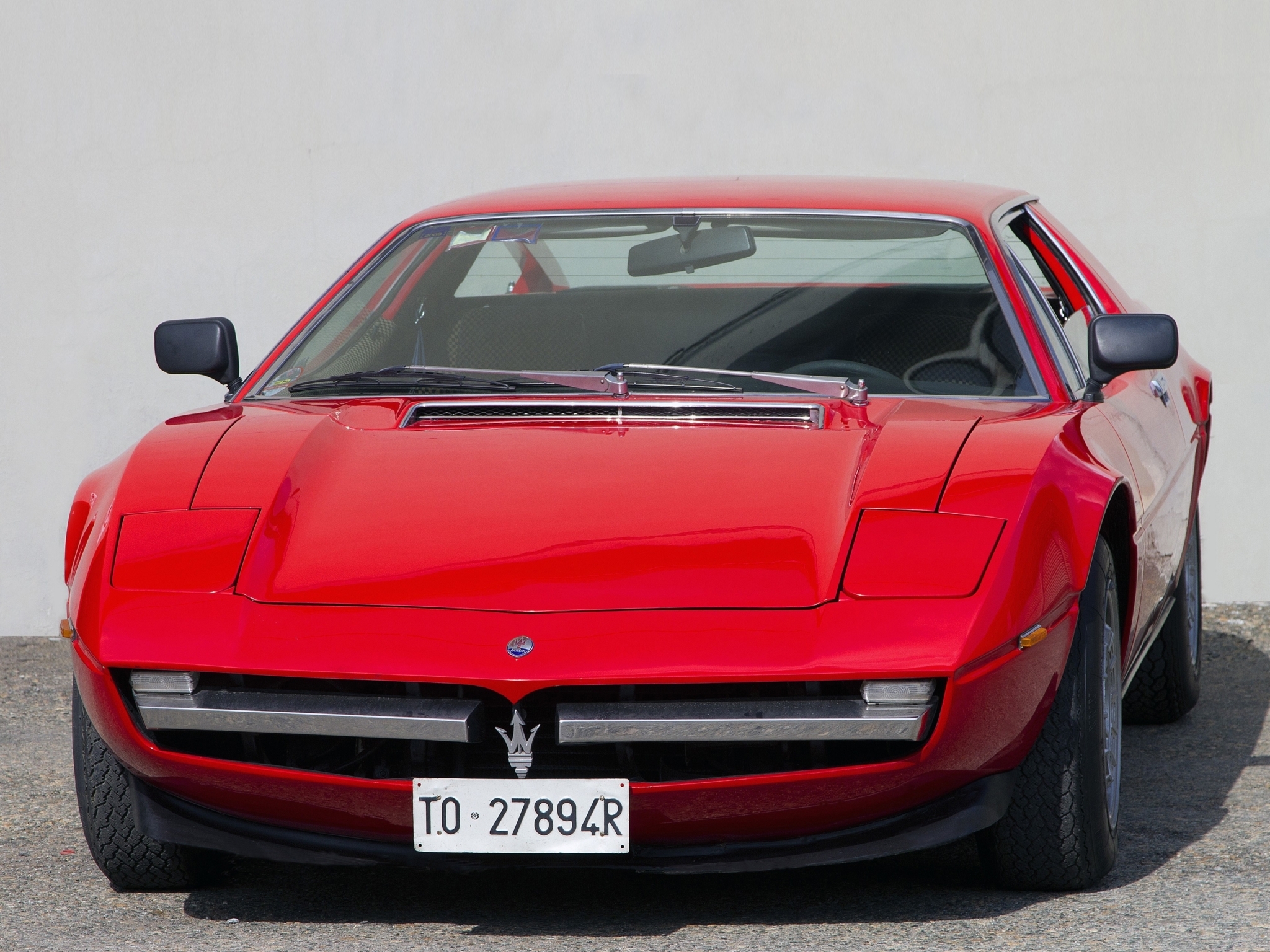 The Merak made its debut in Paris a year and a half after the Bora and was essentially her younger sister. The Merak used a steel monocoque construction, which was far cheaper to build than the Bora’s tubular chassis, while the engine was a 3.0-litre V6 unit initially developed for the Citroen SM that produced a more than respectable 190hp. 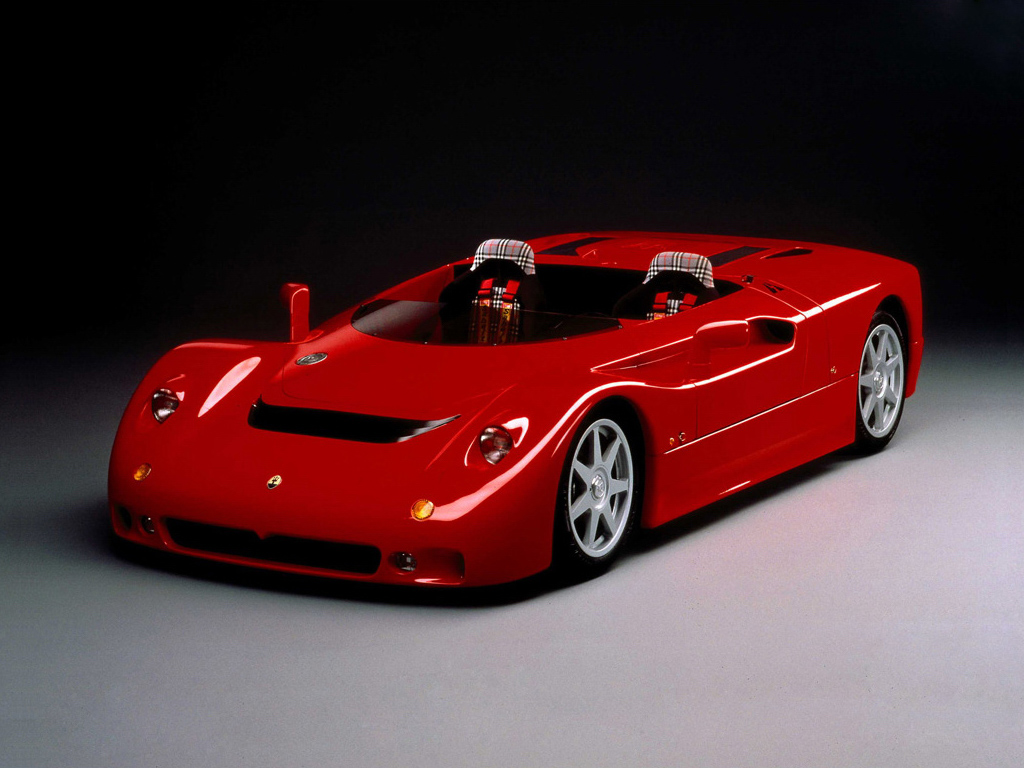 In 1992, the company was in financial crisis, Maserati attempted to organize a Manufacturer Series championship with a specially made model named BARCHETTA. The technical solutions included a backbone chassis made of aluminium, Formula 1 suspension geometry and extensive use of composite materials. The engine was a 90-degree twin-turbo 6-cylinder unit with a maximum power output of 315hp. Weighing just 775kg, performance was outstanding. Despite this, it lived a short and very turbulent life. 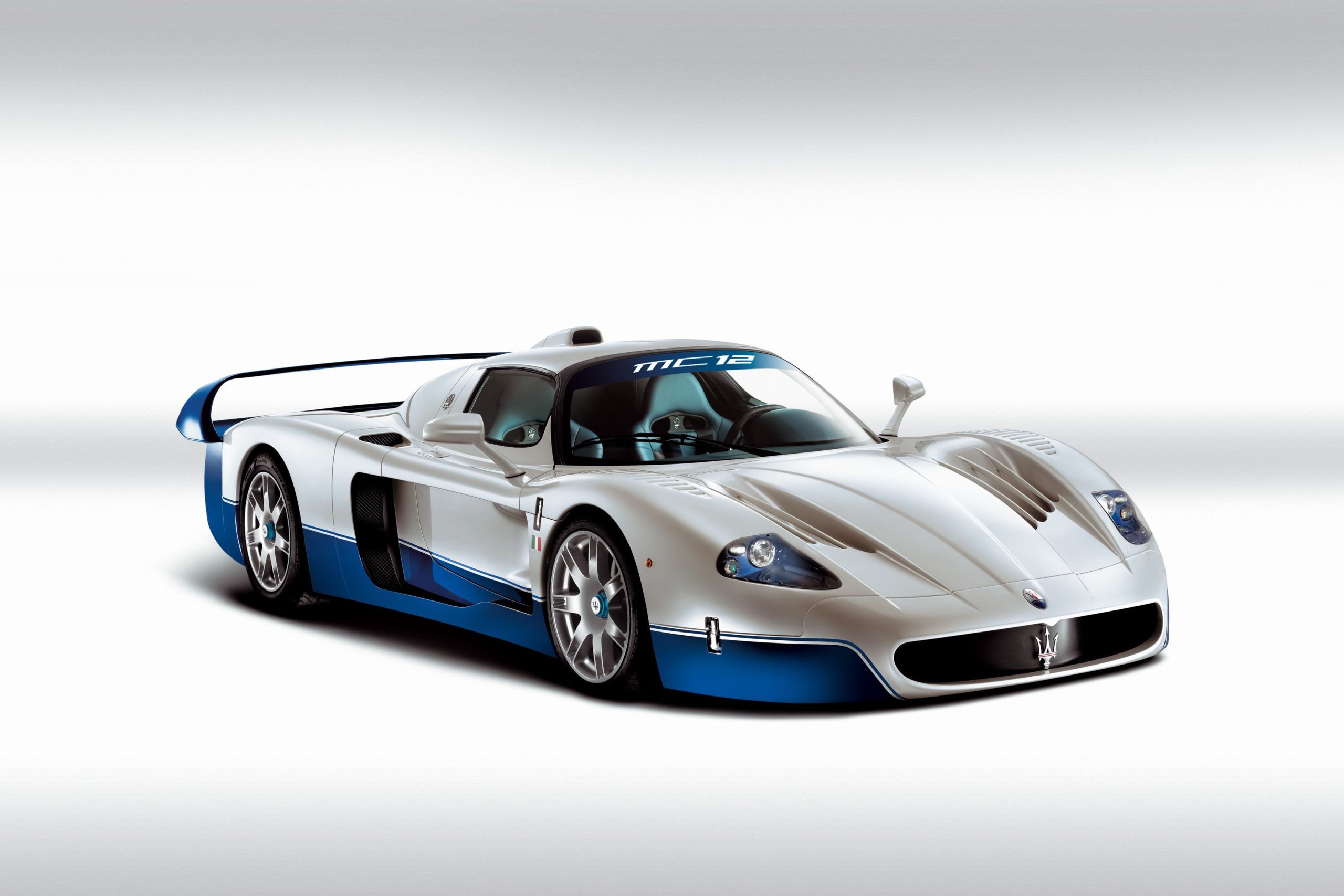 The MC12 signalled the return to racing of the House of the Trident after its last appearance during the 1967 South African Grand Prix with Cooper-Maserati. The project was completed with the support of Ferrari, which in those years directly managed the Modenese company. The name derives from the union between the acronym MC – Maserati Corse – and 12 – the number of cylinders of the engine that produced over 600hp. To obtain GT1 approval for the FIA GT World Championship, which it dominated continually, Maserati was required to build 50 street-legal examples as well. For this reason, a Targa version was also made.