If there is one thing that has always clearly distinguished the Italians from the French, it is their totally different conception of the phenomenon of the motor car.

In Italy, the car is the ultimate symbol of style, fashion and good living, very much part of the whole “Dolce Vita” outlook, whereas the French see cars in a more practical and rational light; for them, it is the function that determines the shape of a car. A Cartesian conception that is clearly identifiable even on a trip to the sea!

Whereas Italy had Capri and Portofino, France, at the time “beach cars” first appeared, had the Côte d’Azur and Biarritz. In contrast to the Italian “Dolce Vita”, the French had their passion for boardsports: water skiing, surfing and so on. And the difference shows.

It was the summer of 1961 when Carrozzeria Ghia unveiled the “Jolly” version of a popular little French car: the Renault 4CV. The “Jolly” was a tried-and-tested formula that had already been a great success applied to the Fiat 500 and 600. In 1961, 50 Renault 4CVs in beach car version crossed the Atlantic on their way to California, their target market. 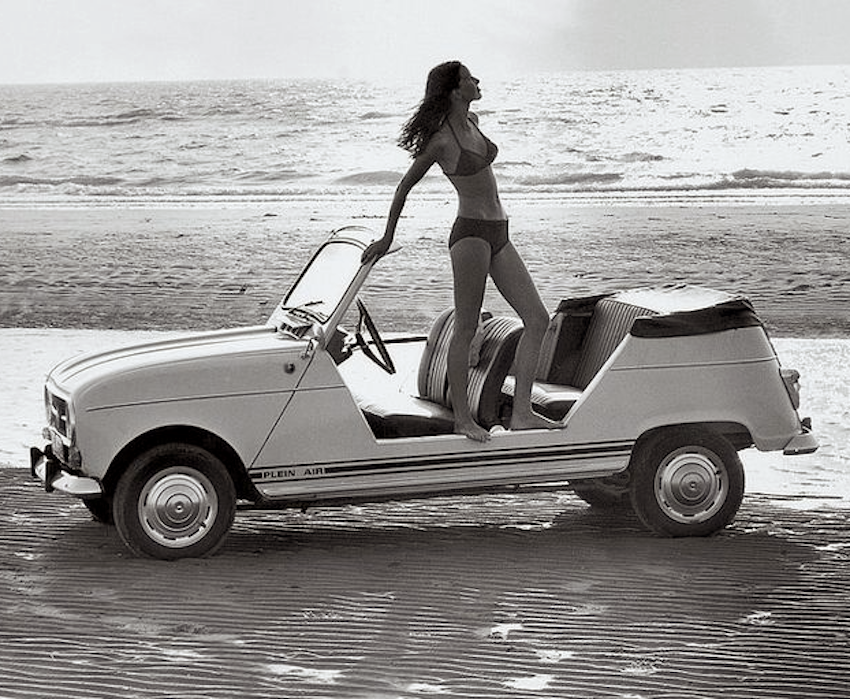 In 1968 the “4 Plein Air”, a Renault 4 dressed by Sinpar, doorless and with a rudimentary canvas top, was launched on the market. This lightweight but tough little car could be ordered through any Renault dealer worldwide and it was sold both in France and abroad as a beach car. Despite its humble origins, it was a plaything for the wealthy. Indeed, it might have been spartan, but it was pretty costly! 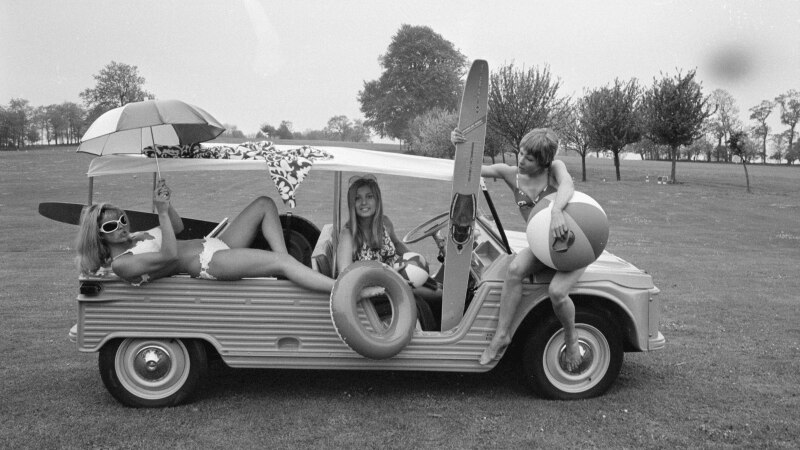 In France, it was Citroën, a brand that has always stood out as a trendsetter over the years, that came up with the most brilliant beach car idea. In 1964 the Mini Moke had caused a minor revolution. Citroën responded with its own model, the Méhari, intended to be used mainly in the summer and by the sea. Accordingly, the design included the use of saltwater-resistant materials: the car had ABS bodywork with horizontally ribbed panels and a fiberglass floor. Mechanically, it was based on the Dyane 6: it was equipped with an air-cooled 602cc twin-cylinder engine delivering 29HP.

The Méhari took the concept of automotive pragmatism, launched 20 years earlier with the 2CV, to its extreme, but added extra panache. With a curb weight of 475 kg, the Méhari was not only fun to drive but also agile on rough or sandy terrain. The agility on all terrains shown by the two-wheel drive Méhari prompted Citroën to launch in 1979 a 4×4 version that would easily be able to tackle any terrain. Whereas there was little to see in terms of changes to the bodywork, the mechanics of the 4×4 included some considerable modifications: a new differential, reduced gears alongside the four gears of the traditional transmission, and a four-disc brake system. It was also well suited to the African deserts. 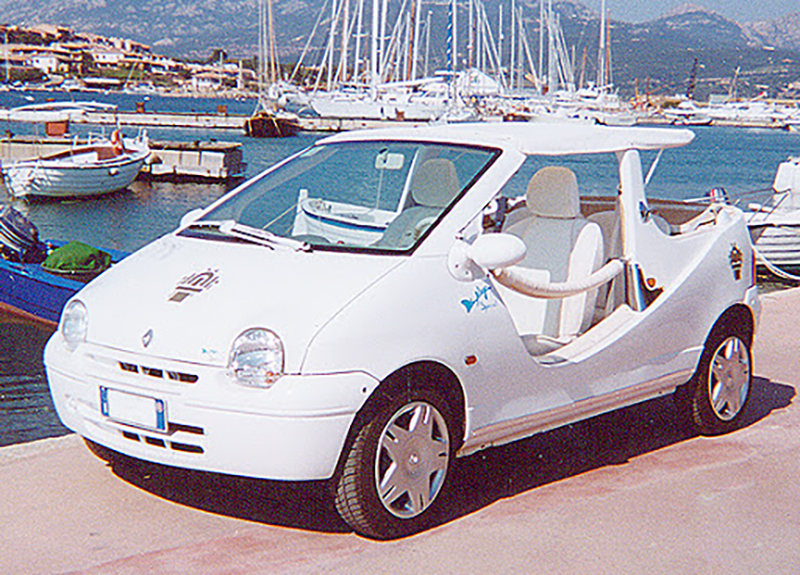 Homologation difficulties and high prices gradually suffocated the “beach car” niche market. Nevertheless, throughout the 1980s and 1990s, wealthy clients continued to take delivery of specially commissioned small, doorless cars for use on their summer getaways. The French cars fitting this description include, in particular, the Renault Twingo “De la Plage”, which was built by Turinese designer Gianni Vernagallo for the entrepreneur and Italian prime minister Silvio Berlusconi, who used it at his residence in Porto Rotondo, Sardinia.