Italy has a really special feel to it. And in places like Capri and Portofino you soon realize that you need pretty special vehicles, too, to cope with the narrow and often difficult roads. The solution? To transform small utility cars — typical of this country — into “beach” vehicles. This idea, part of the whole “Dolce Vita” spirit, was born in the 1960s. And it has continued until the present day, even though homologation standards are now becoming increasingly complex.

These “beach cars”, as they were called, together with the Vespa, helped to put Italy ahead in the lifestyle stakes. Featured in international glossy magazines, where they would be shown carrying celebrities like Gianni Agnelli or Aristotle Onassis, they immediately took on legendary status.

So, here are the most well-known and flamboyant of the Italian “beach cars”. Look out for the French ones in the next few days. 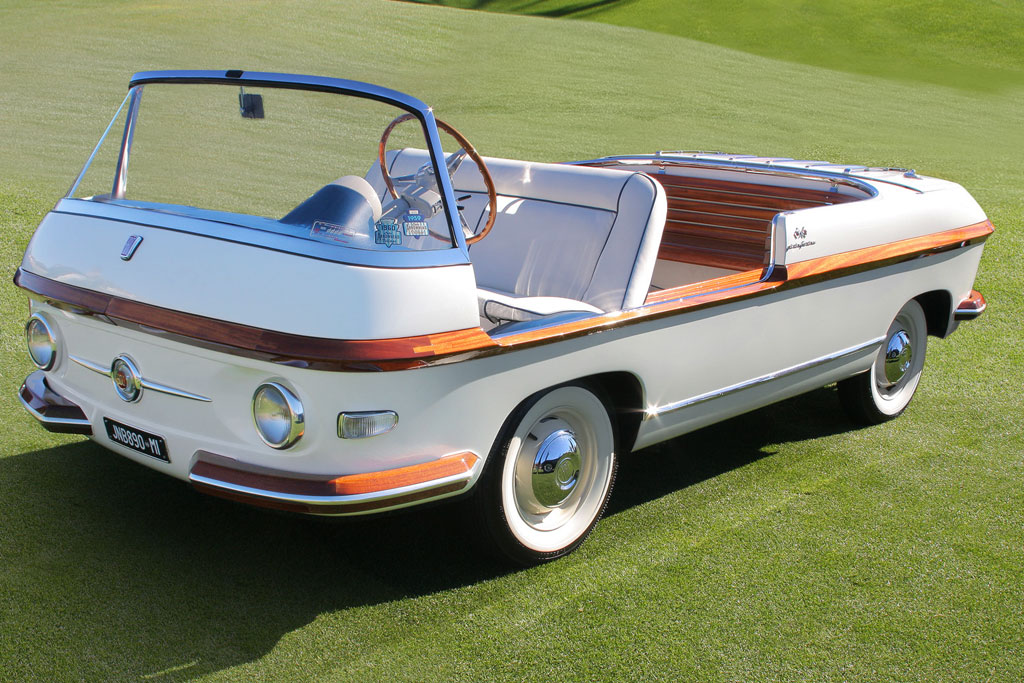 At the end of the 1950s Pininfarina presented the Fiat 600 Eden Roc, a vehicle based on the mechanics of the 600 Multipla, but built without a roof and with teak finishes inspired by Riva motor boats. Three specimens were produced: one, we hardly need say, for Gianni Agnelli, one for William Doheny, then chairman of the oil company Union Oil, and one for Henry Ford. 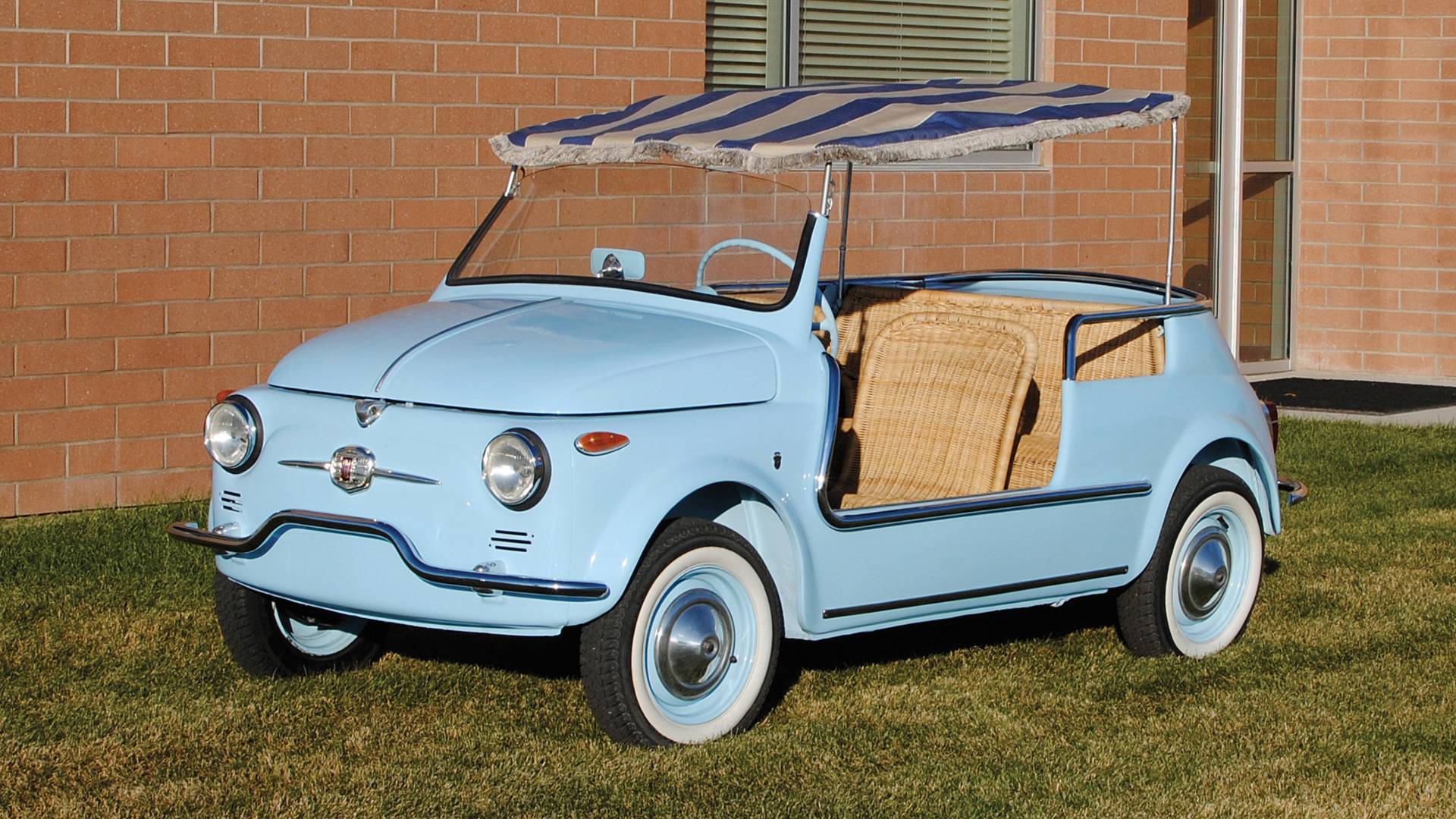 The modifications necessary to arrive at the Fiat 500 Jolly Ghia were so costly that its final list price was practically double that of the car from which it derived. If its exterior were not already striking enough, the interior, with its wicker seats, left you in no doubt as to the type of car it was. Designed by Sergio Sartorelli and built by Carrozzeria Ghia from 1957 to 1965, the Jolly Ghia became an icon of the period. 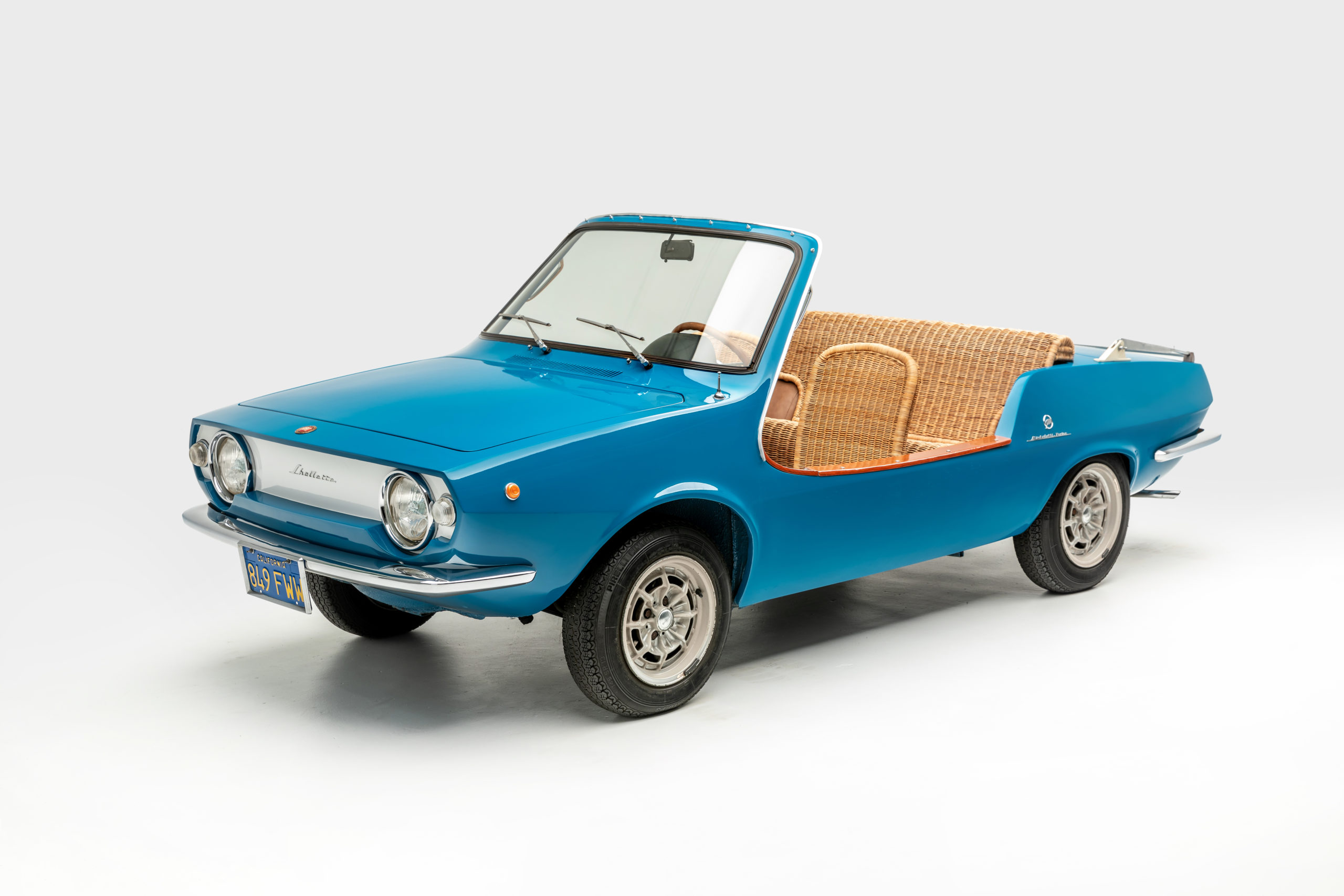 This car was the fruit of a collaboration between the talented car designer Giovanni Michelotti and yacht designer Philip Schell. Although it was based on the Fiat 850 Spider, there is nothing about it, externally or internally, that might tell you this. Thanks to the use of materials such as wicker and wood, the style is definitely nautical. 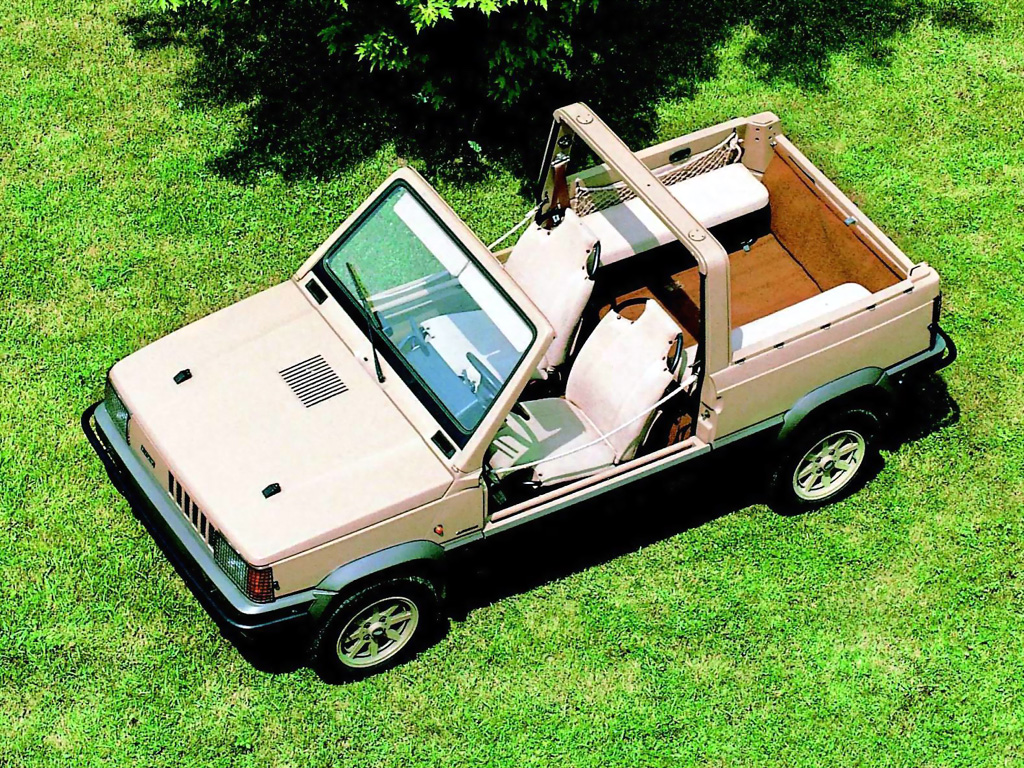 The Giugiaro and Italdesign interpretation of the “beach car” concept was unveiled at the 1980 Turin Motor Show, in the form of the Panda Strip, a masterpiece of ingenuity typical of the great Italian designer. A roll bar provided rigidity, while the windshield could be lowered, leaving the car’s occupants “en plein air”. The car’s many fun features included the use of rope instead of doors, and its two longitudinal benches that took the place of a back seat. Mechanically, the Strip anticipated, by three years, the four-wheel drive system later used by the Panda. 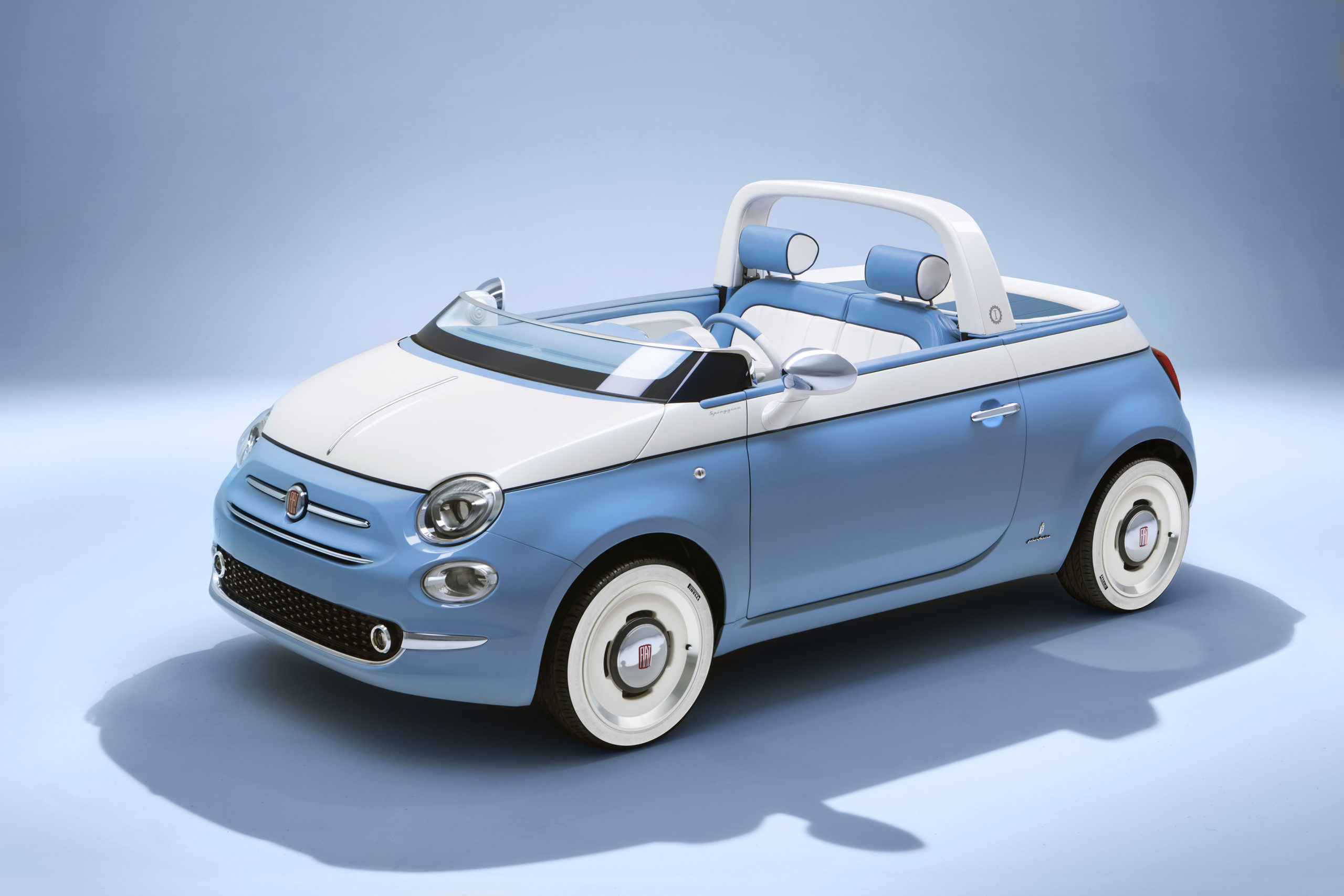 Created by Lapo Elkan together with Garage Italia and Pininfarina, this beach car, created 60 years after the first one appeared, met with an enthusiastic response. Its many delightful features include elegant colors, a nautical slat-like rear floor covering and a comfortable bench seat at the front. But the costs of producing this car industrially would have made its price prohibitive, and so it must remain a dream. It’s a great pity. But congratulations to the lucky collector who has managed to purchase this “unique specimen”!