Orazio Satta Puliga and Giuseppe Busso, who headed the Alfa Romeo design team, were studying the creation of a new car to compete in the Sports Prototype Championships and the hillclimbs. The project was based on two principles: an aeronautical-inspired “H” tubular frame, a concept subsequently taken up by the 33, and the driving position mounted as far back as possible, an idea suggested in the 1950s by the famous tester and driver Consalvo Sanesi. According to him, this solution would have given the driver more feeling and a better understanding of the behaviour of the car.

In Alfa there were, as is often the case in companies, two souls: those who wanted to return to racing and those who opposed it. The solution was offered by Carlo Chiti, the famous “big-engineer” (for his size) who had abruptly left Ferrari after winning the 1961 Formula 1 World Championship, and who created Autodelta. An apparently private enterprise, which in reality was supported and later acquired by Alfa Romeo. 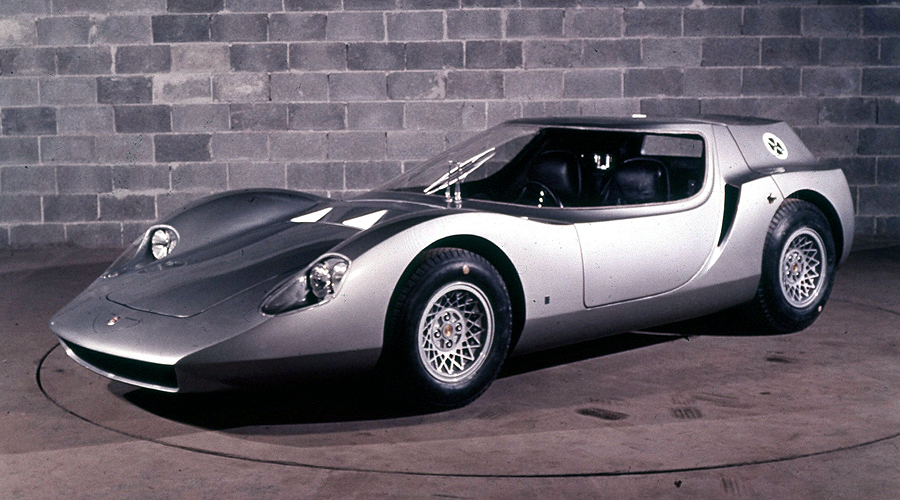 And so it was that in 1966, the first 33 a with V8 engine arrived and both Satta and Busso had to give up their original idea and follow the sports cars niche for customers who always saw Alfa excel. Another rear-engine sports car was built, but this time using the four-cylinder engine of the GTA: the Scarabeo. The first chassis and a 1,570cc engine was sent to the OSI workshops in Turin, which was founded in 1960 by Luigi Segre, former president of Ghia and Arrigo Olivetti. OSI also collaborated with important designers such as Tom Tjaarda, Sergio Sartorelli and Giovanni Michelotti. The first prototype emerged that was sleek and streamlined, especially in the front, but the most curious feature is the absence of doors: the cockpit was accessed by tipping the roof, which incorporated the panoramic windscreen, forward. For racing, this and more! To conclude, in keeping with the aerodynamic dictates of the time, the rear shell encasing all the mechanics ended with a Kamm tail. The engine was mounted transversally in the rear of the car, in unit with the clutch and gearbox, and on the left-hand side to enable the hot exhaust side to be directed towards the rear of the vehicle. This meant that the driving seat was placed on the right for better weight balancing.

The car debuted at the Paris Motor Show in October 1966 and received a surprised but very warm welcome. A second, simplified prototype was built, with left-hand drive and more conventional windscreen and doors. The car is charming to this day thanks to its pronounced engine position and its very far back driving position. Tests began on the Balocco circuit. For these, a “semi-dressed” car was used, which was never completed and remained a test mule. But the conflict between these two souls within the company led to a Solomonic decision: if the race cars were made by Autodelta, then Autodelta should develop the car. What do you think happened? That’s right, Chiti put it in the corner and it stayed there. Autodelta won with the Alfas they made themselves and did not want to risk having a snake in the grass. No wait, a Scarabeo…