Although a slightly built man, Enzo Ferrari was an imposing presence, which is why Sergio Scaglietti affectionately nicknamed him: “l’Umun” (“big man”). Yet his success never went to his head, and he always remained very conscious of his humble background as a coachbuilder and panel beater. Aware of just how far the great man had come, Scaglietti was always rather in awe of him whenever they met.

“Ferrari liked to have us round for lunch every Sunday at his race track home in Fiorano” recalled Franco Gozzi, Enzo’s faithful assistant and spokesperson, “and Sergio was always there. We were offered excellent home cooking, even though the menu was rather tedious and accompanied by the inevitable bottle of Lambrusco! Ferrari would talk, and we would listen…”

Scaglietti has chosen a simple title for his memoirs: “L’ê andéda acsé” (“That’s the way it was”). Indeed, even though he enjoyed huge success with his eponymous bodyshop in Modena — he subsequently sold this to Ferrari and it still carries out covering jobs today —, he has never lost his simple charm — a charm that belies his genius. This is a man who built some of Ferrari’s most beautiful cars without ever even picking up a pencil to do a sketch. When asked how he managed to create masterpieces like the GTO in this way, he replied: “It was easy. They sent us the finished motorized chassis complete with everything: driver’s seat, steering wheel, pedals. We took the iron wire and, stretching it from the front towards the back, we created the body shape. The shape created itself really. We then prepared the “filone” (in other words, the longitudinal wires were welded to the transverse ones), and the aluminum body panels were modeled with a hammer onto that frame. This is how the Ferrari 250 California, the Tour de France, the racing Testa Rossa, and the 250 SWB all came into being.

You find it hard to believe? Try inspecting them close up and taking a few measurements. Don’t be surprised if you find some differences between the two sides, or if, on tracing a longitudinal line on the hood, you find that the rearing horse badge is slightly off center. This is what can happen when you use “filoni” to create masterpieces. “L’ê andéda acsé you might say.

The global icon of car collecting. Created and homologated for racing in the Grand Touring class (GTO stands for GranTurismo Omologato), its lines were conceived by Scaglietti and developed for road performances. 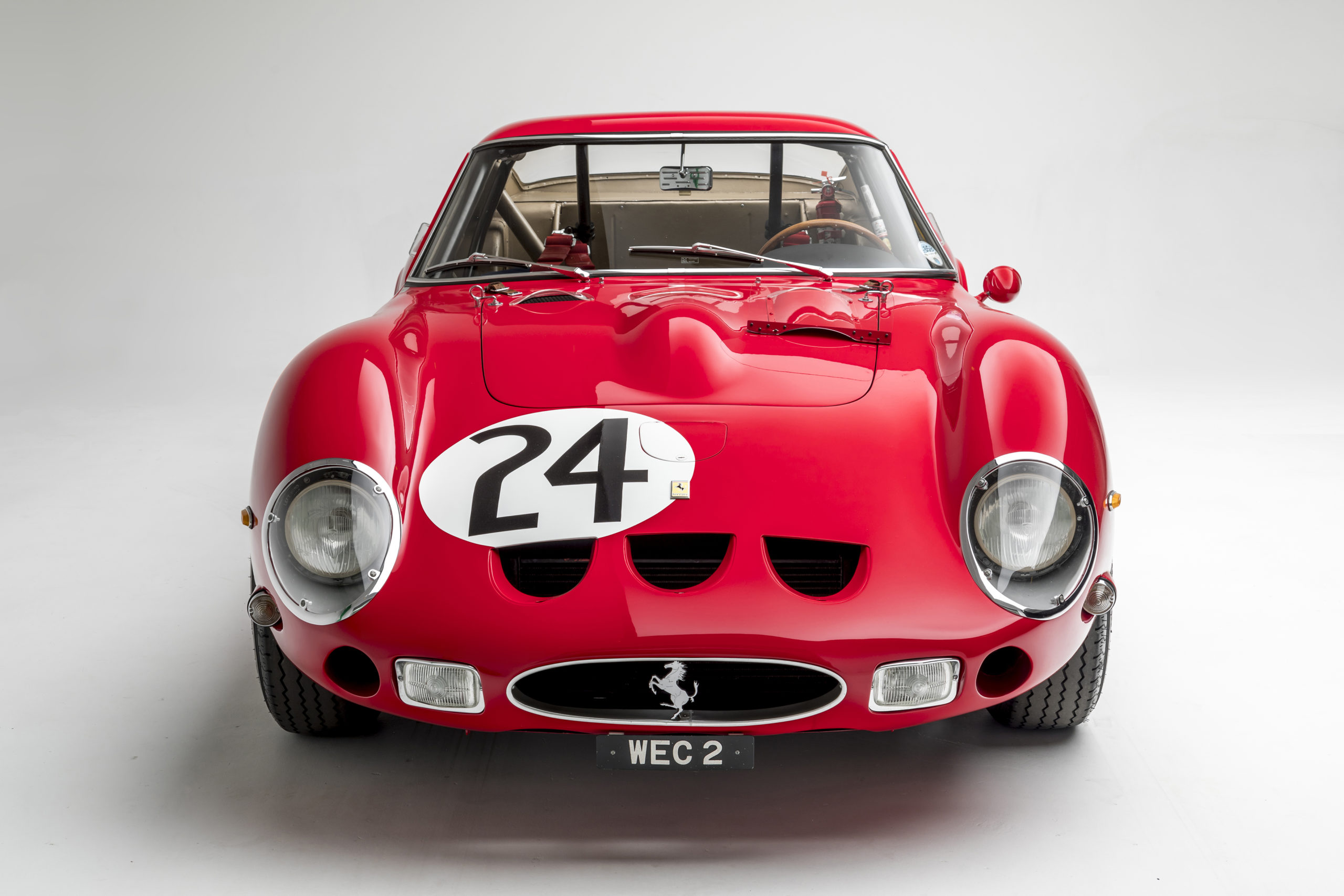 The flattened, low front of the 1954 Monza, reminiscent of a duck’s bill, is thought to stem from an idea by Dino Ferrari, the son Enzo lost at a very young age. The car was originally built with a three-liter engine to comply with the World Sports Championship regulations, but in the customer version it was also sold with a Lampredi 2000 cc engine with screw-in cylinder liners. 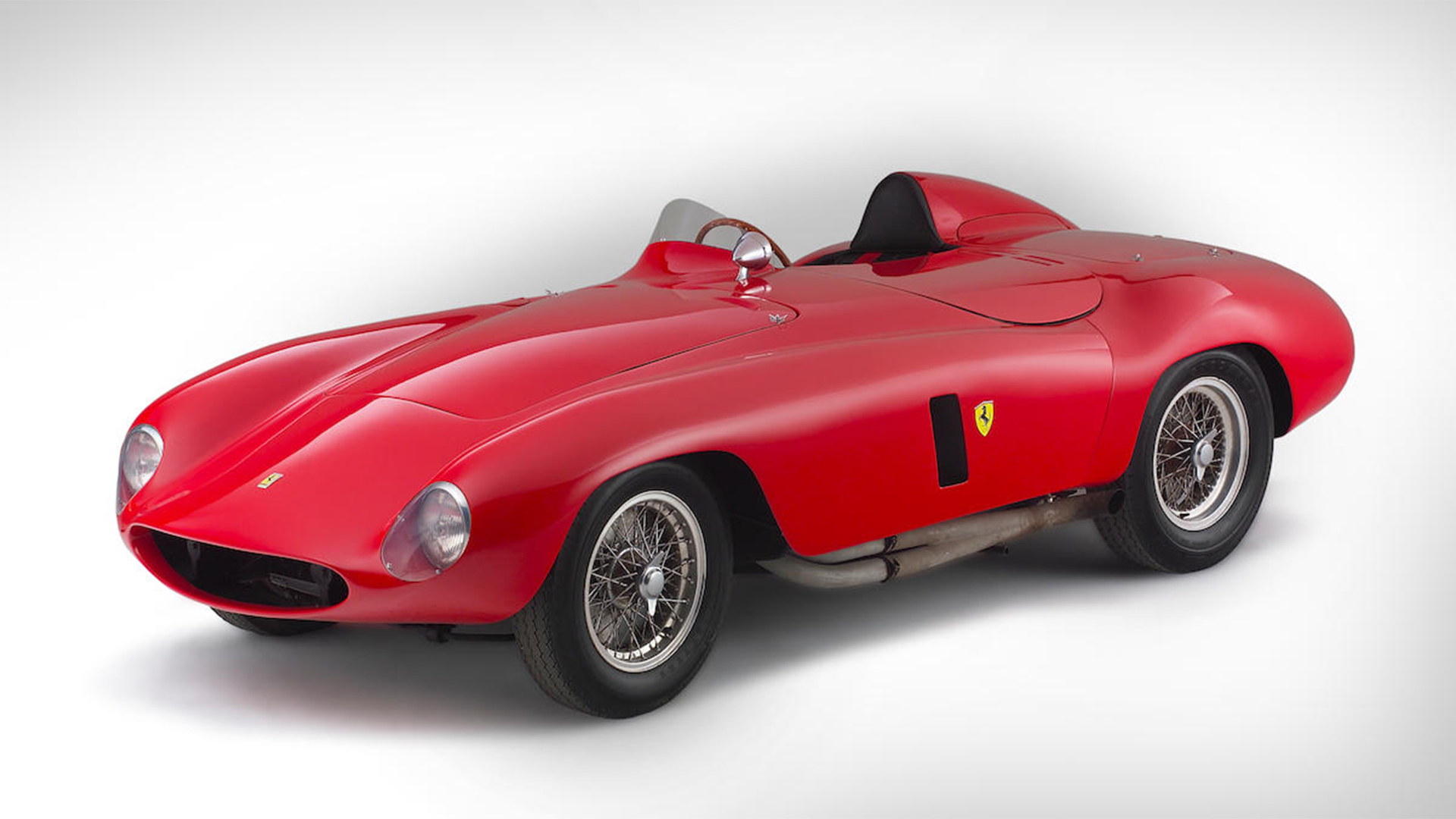 The name “250 Testa Rossa” refers to the car’s unit displacement (250 cc x 12 = 3000 cc) and also to the particular color of the valve covers, which was a means of identifying, during production, the specific type of competition engine. The “barchetta” body was created by Sergio Scaglietti in beaten aluminum. 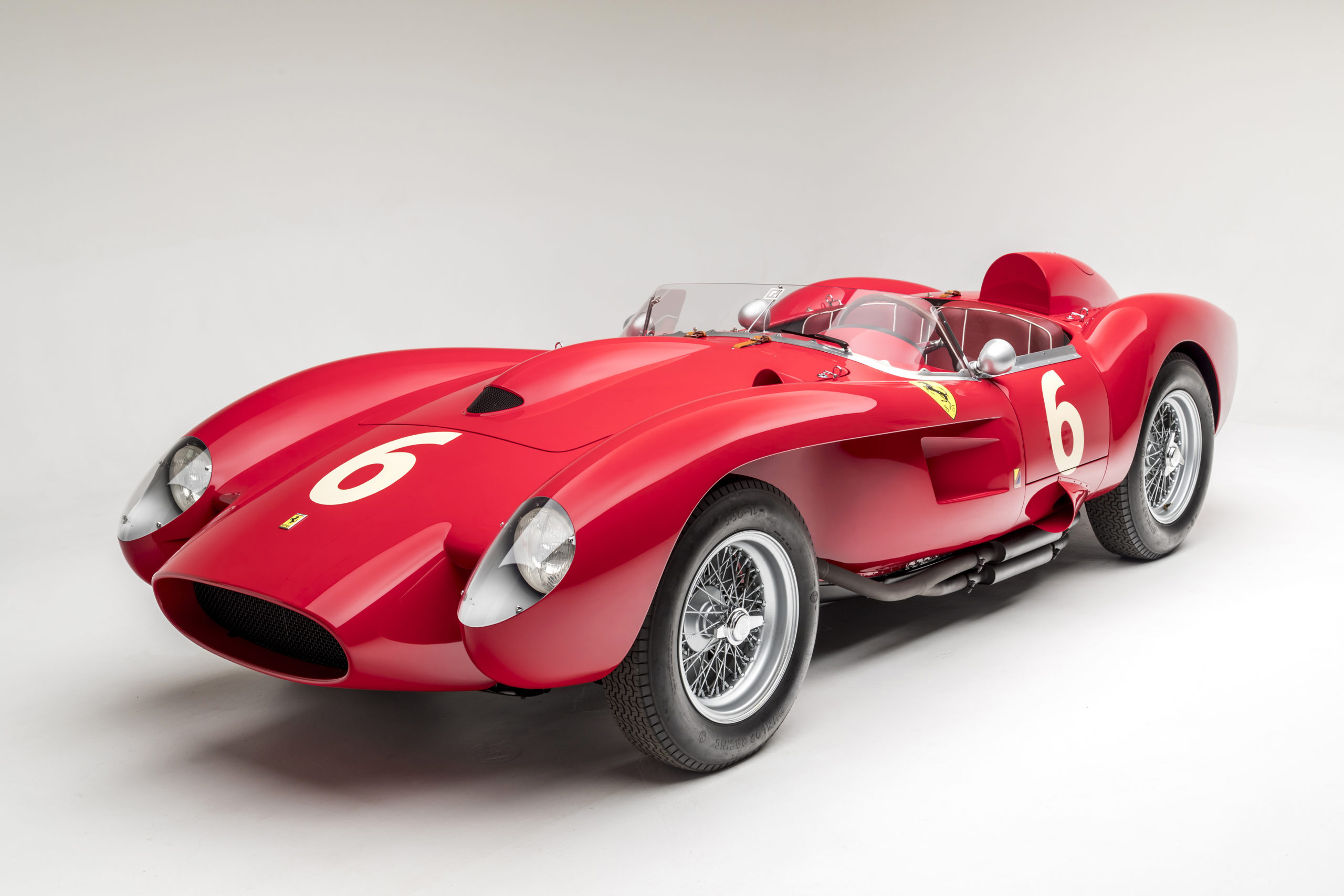 Luigi Chinetti, importer of Ferrari cars in North America, asked Enzo Ferrari for a sportier model to offer alongside the 250 Cabriolet Pininfarina. Taking the latter as his starting point, Scaglietti created the wonderful California. It was built using steel panels, with aluminum doors and hood, and in both short and long wheelbase versions. In addition, nine specimens were built entirely in aluminum. 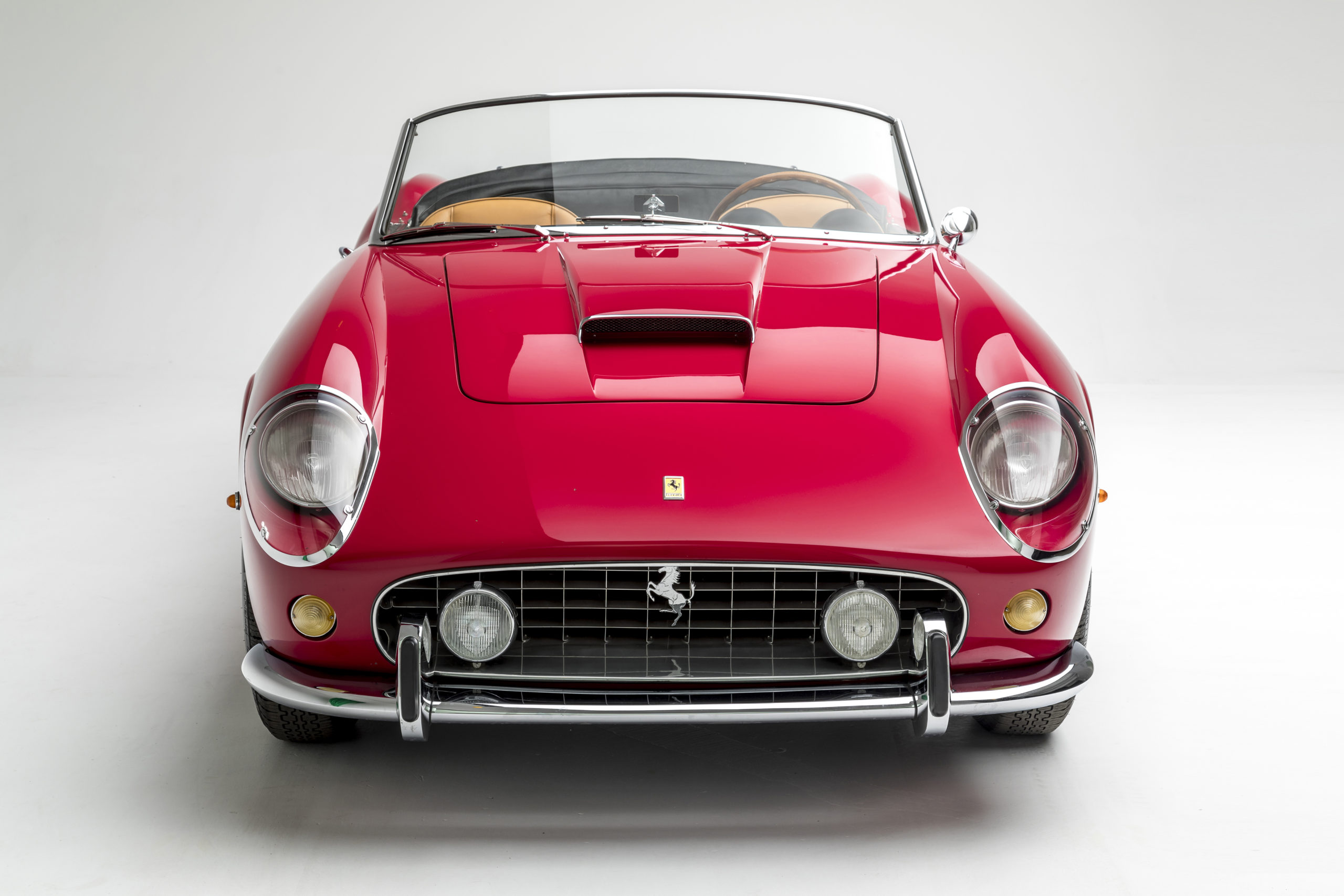 Produced from 1956 to 1959, the 250 GT Berlinetta Tour de France was designed by Pininfarina and built at Carrozzeria Scaglietti. It was developed to compete, and racing fans dubbed it the “Tour de France” after it recorded four consecutive victories in that race, one of the toughest! 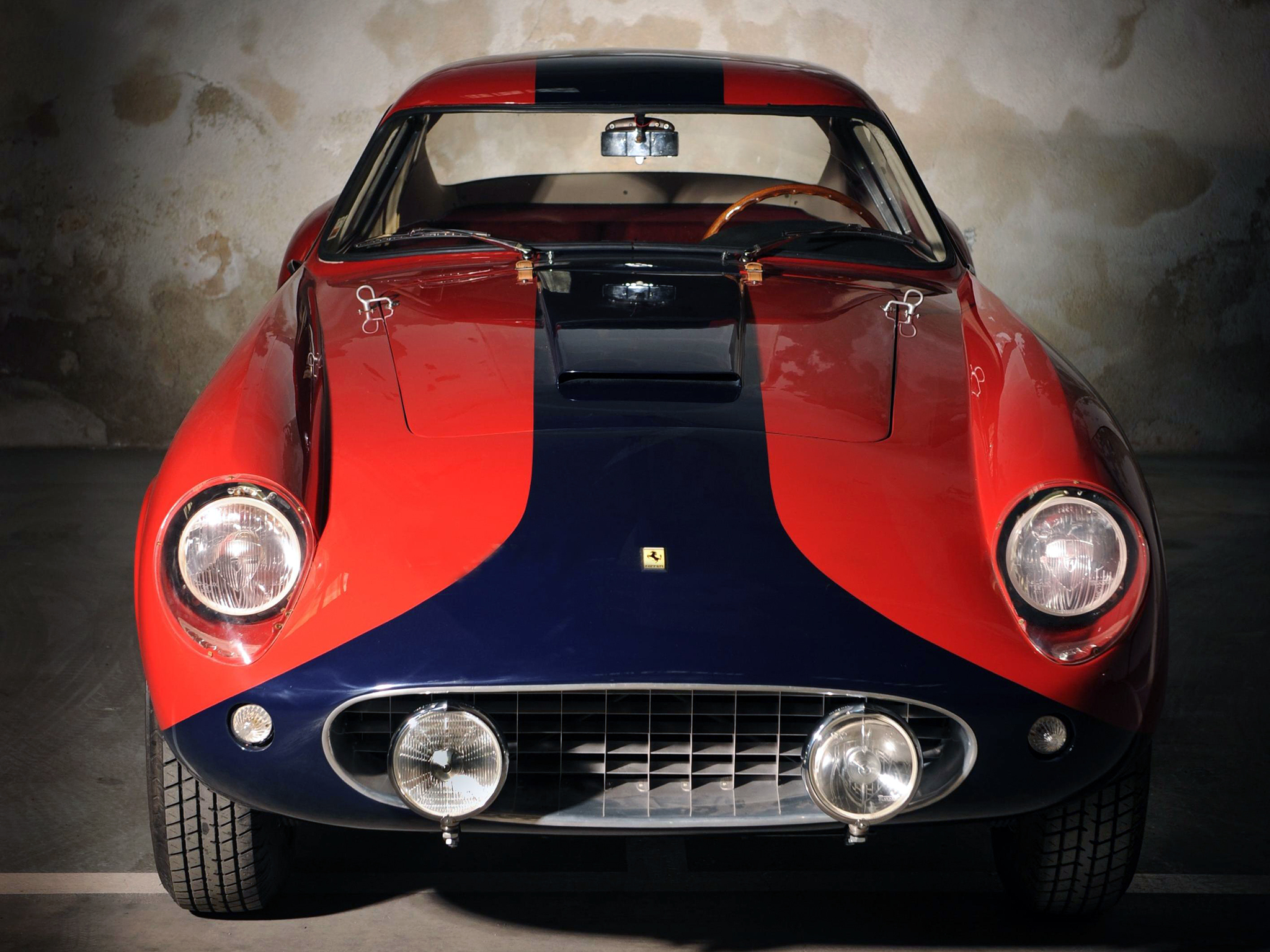 The reason “SWB” was added to the name of this car, which had a wheelbase of 2400 mm, was to distinguish it from the 250 GT Berlinetta Tour de France, which had a longer wheelbase (2600 mm). 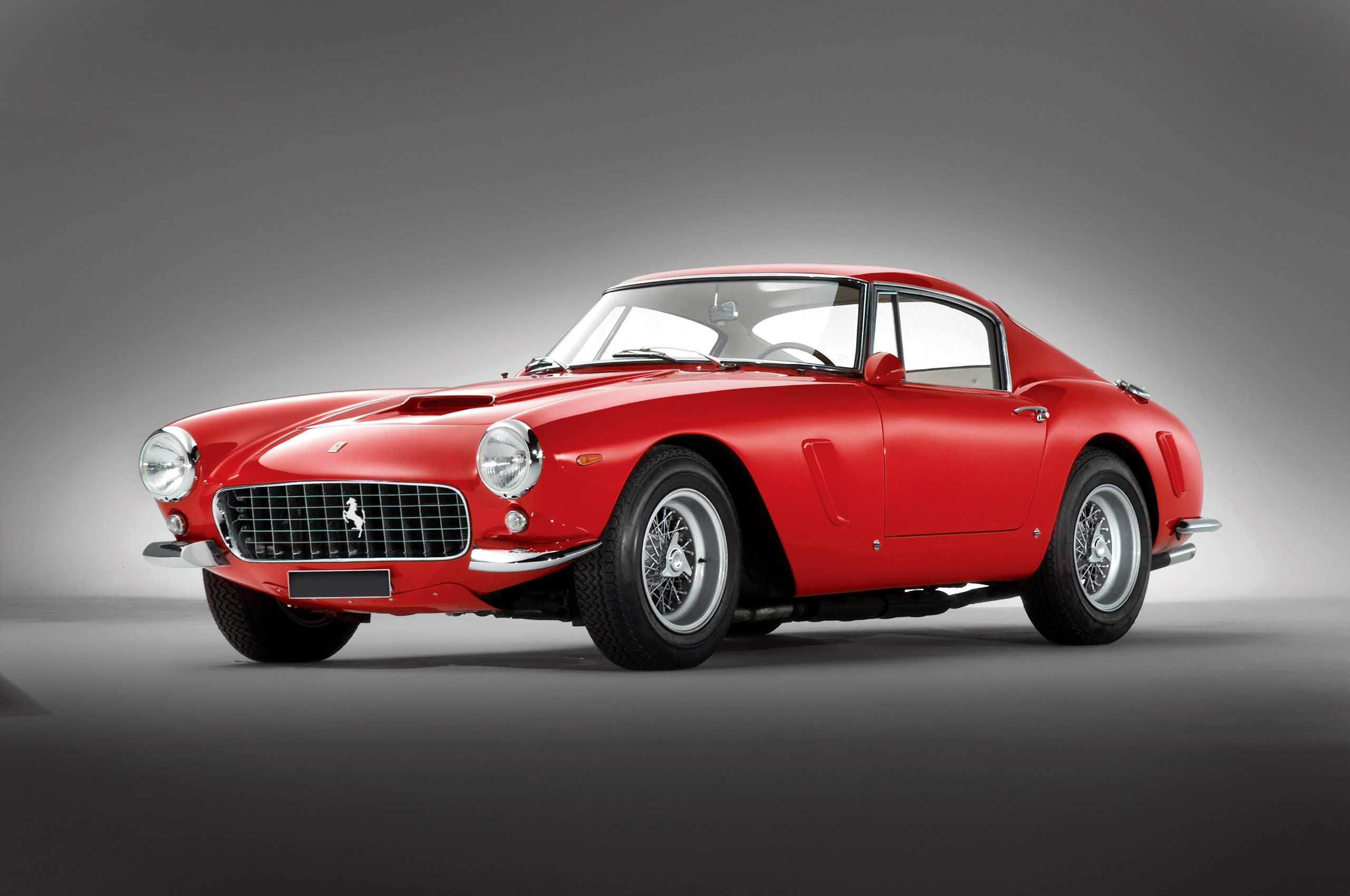 When Luca di Montezemolo was president of Ferrari, he decided that Sergio Scaglietti should have a production model named after him. Sergio was deeply touched by the gesture and fell in love with the beautiful 612. At 84, Scaglietti, self-made man who had gone on to sell his business to Ferrari, was still deeply attached to the company.