With €19,405,749 taken from the cars alone, Bonhams all but doubled last year’s results (when the total stopped at €11.1 million) and it was the second-best result of all time. What was the “magic” recipe?

First of all, the flexibility of the seller, at least for what concerns the most important lots.

Take for example the 1963 Mercedes-Benz 300SL Roadster. The day before at RM, a specimen had been awarded for €764,000. At Bonhams there was one with disc brakes and an aluminium cylinder block (in addition to the very rare hardtop); experience says that these two characteristics add some 30% to the value of a normal one, meaning the car should have gone for around €993,000, and not for the estimate of €1.3-1.5 million as reported in the catalogue. What happened? Unsold at €920,000. But it didn’t end there as Bonhams’ experts took advantage of the seller’s flexibility to close the deal after the auction at €1,033,333.

Another ingredient may have been that Bonhams offered cars that are somewhat resilient to the market, as if to say, those that are less affected by fashions, such as the pre-war period.

Indeed Bonhams at the Grand Palais was particularly noticeable for the number of pre-war cars, especially the important ones. At the end of the auction 8 of the 12 most expensive cars sold were pre-war and the podium was totally dominated by the “old ladies”.

The top lot was a Bugatti Type 55 Super Sport with Figoni bodywork (also at Bonhams last month was an Alfa Romeo 8C 2300 with Figoni bodywork). The car had an absolutely incredible history: ex-works, participation in the 24 hours of Le Mans in 1932 driven by a certain Louis Chiron (Bugatti Chiron, not much else to add there…) and for 56 years it was owned by the English super-collector Geoffrey St. John. Rumours have it the auction houses would have sold a kidney to list it among their own offers and Bonhams (which is the most important auction house on the English market despite the presence of RM and, soon, also Gooding) was able to… win it and put it on the stage. The estimate of €4-7 million may have seemed too “vague” but it was yet another demonstration of flexibility. Although it went for €4.6 million and therefore fully within the estimates, I believe that a couple more offers would have been correct. The result this time made the buyer smile. 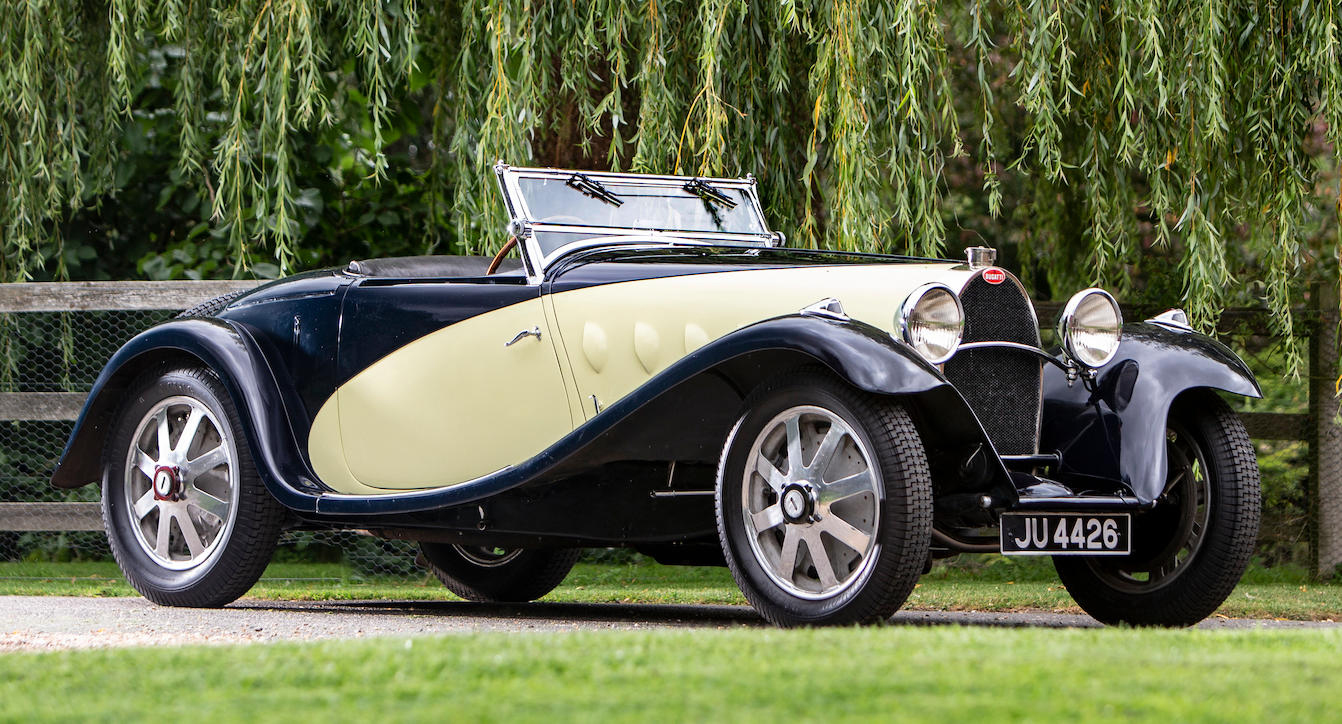 Second place goes to my favourite of the entire auction, a 1931 Invicta 4.5 litre S-Type Low Chassis. I will admit that I’m not a fan of Invictas, but this one was in exceptional condition, unrestored and oozing patina from every nut and bolt. If those panels could only talk who knows what they would say…? I must not have been the only one to fall in love with it because someone ended up paying €1,610,000 to take it home, far exceeding the estimate of €1.2-1.5 million (already high considering that these are normally listed slightly below one million).

For the same €1,610,000, a 1936 Mercedes-Benz 500K Cabriolet A was sold, estimated at €1.5-2m but, although the sale price appears to be in line with the model’s price estimate, there was a fascinating detail in its story: the first owner was Henry Garat, a well-known actor from the 30s, demonstrating, as if it were necessary, that pop-stars and sports cars have been a healthy combination since the beginning of time. If we look at this car from an investment perspective I would recommend keeping an eye on it like a solid bar of gold. The “supercars” (ante litteram) of the 30s haven’t had the stratospheric year-on-year growth of other cars but for this reason they have also suffered fewer price drops and, in the case of the 500K Cabrio they even went up. 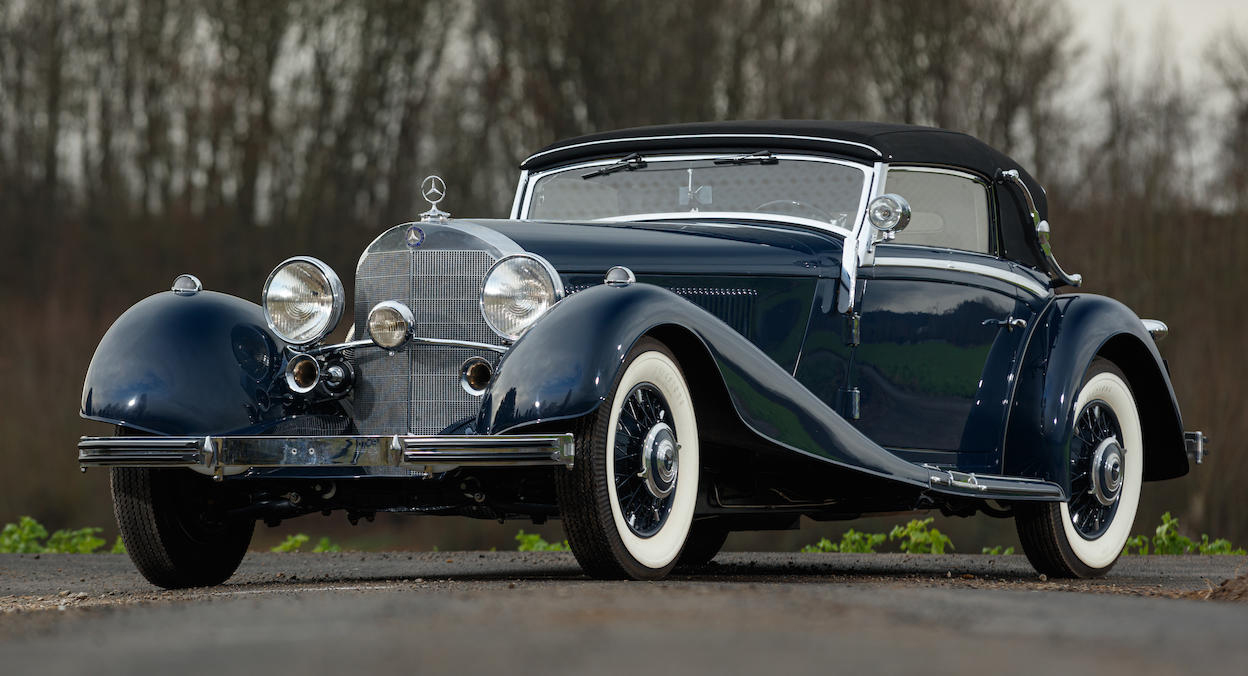 Flexibility also seemed to be the buzzword for a 1967 BMW-Glas 3000 V8 Coupé Prototype. Let’s say that prototypes and unique examples are always delicate items for an auction house. In fact, given their uniqueness and recognizability, if they do not pass the first time they are branded by the market as objects that are difficult to move. If we rewind the tape back to RM at Villa Erba in 2015 when this car went unsold against its estimate of €380-480,000, in Paris it was listed in the catalogue with a much more modest estimate of €250-350,000. But the offers stopped far below this threshold and forcing the seller to acknowledge that the cruel “prototype rule” was being repeated and accepted €209,300.

Although it was sold well within its estimates, one of the most interesting deals was made by the buyer of the 2006 Ferrari 575 SuperAmerica F1. For €244,375 (estimate €220-300,000) the buyer not only benefited from one of the most significant price drops in recent years (at its peak these fetched €500,000) but moreover it had the HGTC pack that improves driving and makes it even more fun – if you read RM you will understand what I mean – with just 26,000km on the clock and pampered by one owner, it is one of the best examples on the market.

In conclusion, this auction showed that the market is not dead as many rushed to declare, nor is it recovering. Quite the opposite: it is very receptive, many buyers are on the market to buy but, except in exceptional cases, they are the ones who decide the price. That’s the difference!